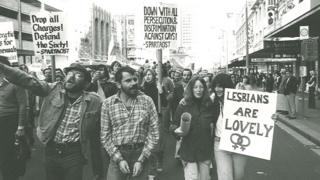 On Saturday, Sydney’s famous Gay and Lesbian Mardi Gras marks its 40th anniversary – and its first celebration since Australia legalised same-sex marriage. Much has changed since violence marred the first parade, writes Sharon Verghis in Sydney.

As a chilly winter’s evening ticked towards midnight, Kate Rowe was in high spirits. She was following a truck trundling down Sydney’s Oxford St, its speakers belting out a tinny version of Tom Robinson’s call-to-arms anthem Glad to be Gay.

For Ms Rowe, a 27-year-old English immigrant who had spent a lifetime grappling with her sexuality and was newly sober after years of substance abuse, it had been a good day, a clear moment in time when everything in her life seemed aligned.

She was marching with her friends, fellow gay and lesbian activists, part of band of few hundred marchers gathered for Sydney’s first ever Mardi Gras.

It was the harbour’s city contribution to Gay Solidarity Day, a series of celebrations that sprang up around the world after the Stonewall riots, sparked by a violent police raid on a New York gay bar in 1969.

The mood that night was more celebratory than political, Ms Rowe recalls, but there was a serious civil rights message to convey.

The 1970s in Australia were an oppressive – and occasionally dangerous – time to be gay.

It was part of Australia’s historic social conservatism, Ms Rowe believes, and was reflected in everything from a culture of police brutality and gay bashings to abusive language and discrimination at work.

Mark Gillespie, now a University of Sydney academic, was a marcher that day. Years later, he would recount in The Conversation that as a school teacher then “‘coming out’ posed a major risk for me – it could mean the loss of my job”.

But on this day, there was a rare window of freedom. For Ms Rowe, “it felt like a political awakening – it was the first time I could say, I am a lesbian and I have a right to be here”. 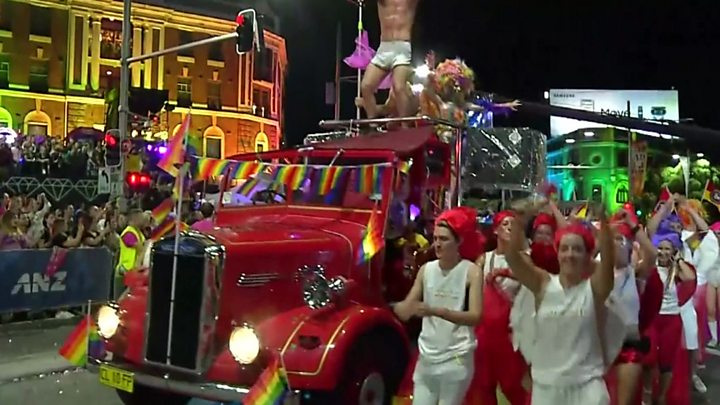 The marchers had received police permission to walk from Oxford Street to Hyde Park, and the mood was festive.

Drinkers, curious bystanders and the occasional drag queen, drawn out by their chants of “out of the bars and into the streets”, swelled numbers to almost 1,000.

‘They started picking us off’

But things turned ugly when the group strayed out of the permission zone and police confiscated the lead float. Ms Rowe and the others marched on defiantly.

She says “the horror started” when they reached a World War Two memorial fountain. “We got trapped. The police blocked off all the entrances and they started picking us off.”

Batons thudded against bodies. “You heard people screaming, police were grabbing people, you could see people throwing things, it was just a cacophony of sounds, and the energy just totally changed,” Ms Rowe says.

“I got felled. This really heavy dustbin lid was thrown into my back – which really hurt – and the police got me and I was thrown into a paddy wagon and taken to Darlinghurst Police Station.”

Fifty-three people, including Ms Rowe, were arrested that night. She was thrown into a cell with 23 other terrified women before being charged with offensive language under the controversial Summary Offences Act.

She would almost lose her job as a result, and be outed in the most public manner possible when her details were published – along with the 52 others arrested – in the Sydney Morning Herald.

But the civil rights genie was out of the bottle, says Ms Rowe.

Rolling demonstrations and protest marches against police brutality erupted on the back of a “drop the charges” campaign by gay activists and civil libertarians.

Eventually people power triumphed when the Summary Offences Act was repealed in May 1979, followed by the decriminalisation of homosexuality in NSW in 1984. Two years ago, the activists received an official apology over the 1978 violence. 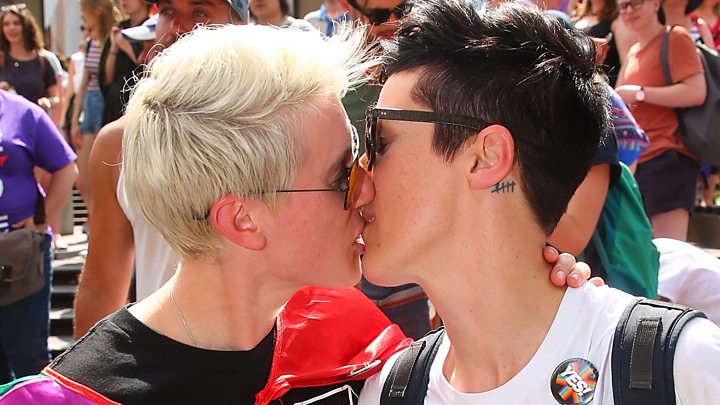 That violence-marred first parade had turned out to be a fulcrum, entering the history books as one of the biggest civil rights milestones in Australian history.

As gay activist and author Graham Willett would chronicle, the 1978 Mardi Gras was the “most dramatic moment of the backlash” against the campaign for gay rights.

For Ms Rowe, certainly, it was a personal turning point and “a catalyst for the momentous change we’ve seen 40 years later – I am forever proud to be part of that switch, that moment”.

This year, on 3 March, Ms Rowe will be part of a 240-strong band of “78ers” – the term bestowed on that original band of marchers – as part of the now internationally renowned street parade. 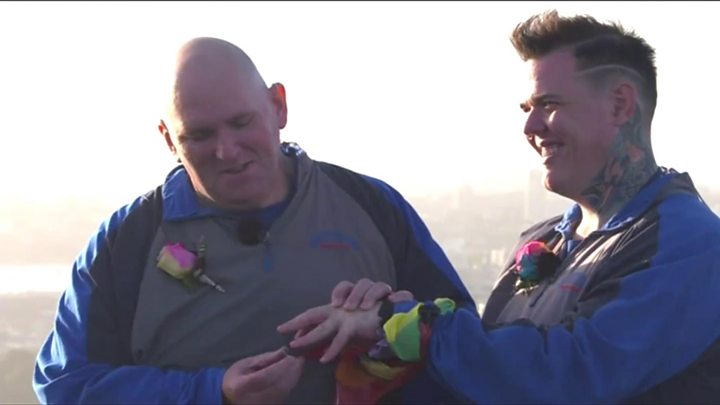 More than 200 floats with 12,000 participants will march under the banner of “40 Years of Evolution” in what many predict will be the biggest, most colourful and perhaps most emotional parade in history following the LGBT community’s historic win over marriage last year.

For Ms Rowe, it will also be a celebration of Australia’s transformation since 1978; while much remains to be done, particularly for rural and regional, transgender and intersex communities, she is heartened by the climate of liberalism now enjoyed by many – but not all – young gay Australians.

Terese Casu, chief executive of the Sydney Gay and Lesbian Mardi Gras, says the event continues to act as a powerful unifying platform for political activism.

This year’s celebrations will be accompanied by a greater sense of the power of collective protest, stemming from the recent marriage reform campaign, which was at times heated.

“There has been nothing like [the marriage activism] since the Vietnam War protests – 40,000 people got off their couches [and took action],” Ms Casu says. “And as a result, I don’t think we will ever be silenced in the same way we have been, because people know what to do, they know they can make change.”

Sharon Verghis is a freelance writer based in Sydney.