DARWIN, Australia — They may have taken a wrong turn, chased their prey into shallow waters, or blindly followed a dying matriarch who intended to beach herself. But the pilot whales, about 270 of them, somehow ended up stranded on a remote beach in Tasmania.

A third of them are likely to have already died. Now, scientists are racing to save the others.

“It is quite confronting,” Kris Carlyon, a marine biologist with the Tasmanian government, said at a news conference on Tuesday. “This is such a tricky event, a complex event, that any whale we save we consider a real win,” he added. “We’re focusing on having as many survivors as we can.”

Already by Tuesday, a day after the pod was first seen, the team of scientists, government workers and police officers had saved at least 25 whales by dragging them off sandbars and away from the shore, guiding them back out to sea.

Mass strandings off Tasmania, an Australian state, are not uncommon, but the recent beaching is among the worst in the state’s history and the first involving more than 50 pilot whales since 2009.

Dr. Carlyon, who has spent more than a decade studying such strandings, is leading a team of more than 60 rescue workers around Ocean Beach, a stretch of rugged coastline three miles from Strahan, a former port town on the western coast of Tasmania.

The island state is a global hot spot for the whale strandings, scientists said, but a thorough understanding of why cetaceans beach themselves in the first place is still incomplete.

“That’s a bit of a $64,000 question,” said Mike Double, a scientist with the Australian Antarctic Division, a research group, and a government adviser on whales, who is not involved in the current rescue effort. 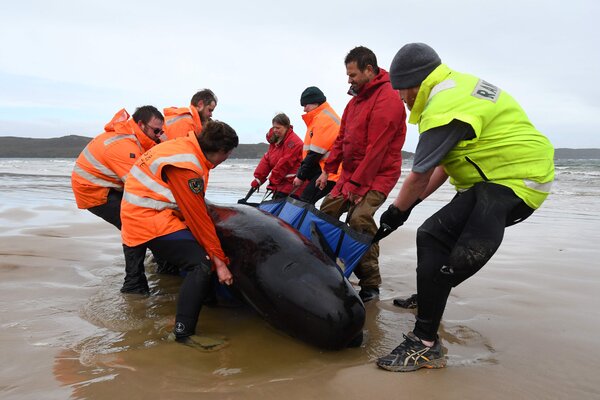 Usually, lone animals beach themselves if they are sick, but when it comes to mass strandings, there are a number of theories. A pod could be following an unwell leader, or hunting prey that enters shallow waters. Less likely explanations include the whales becoming disoriented by sonar or undersea earthquakes, Dr. Double said.

The animals’ “tight social bonds may contribute to why these strandings occur,” he added.

Regardless of the cause, once beached, whales find it difficult to make their way back to the safety of the open ocean. The creatures can quickly become exhausted and stressed, and eventually drown.

To rescue the whales, the team places a sling under each animal and drags it by boat to the opening of the harbor, which is very narrow. The whales can measure up to 25 feet long and can weigh more than three tons. Complicating the effort are the freezing water temperatures in the harbor.

Whales that have become stranded or lost are often coaxed by scientists back into the ocean by boat, or using sound — their primary sense for navigation. Twice, in 1985 and 1990, a humpback whale, known as Humphrey, was lured from the San Francisco Bay with recordings of his species’ call.

Scientists in the northern Australian region known as Top End were considering similar techniques this month, after at least two humpback whales became lost in a crocodile-infested river in Kakadu National Park. But the whales eventually made it back safely to the ocean on their own.

The Tasmania rescue operation is likely to take days, depending on the tides and weather, which can be unpredictable. So far, the rescuers have managed to free and escort about two dozen whales out to sea, but even then, there is a possibility the animals will not be safe.

“There is a risk that they will return and re-strand,” Dr. Carlyon said. “We’re hopeful that that’s not going to be the case.”

When Governments Get Complacent, Anger Rises 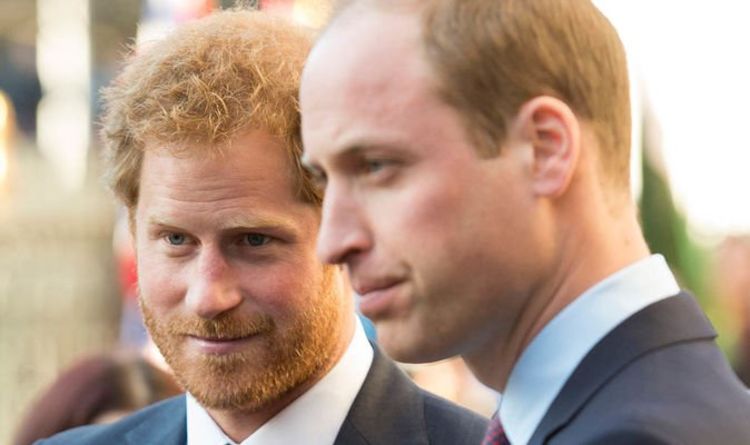