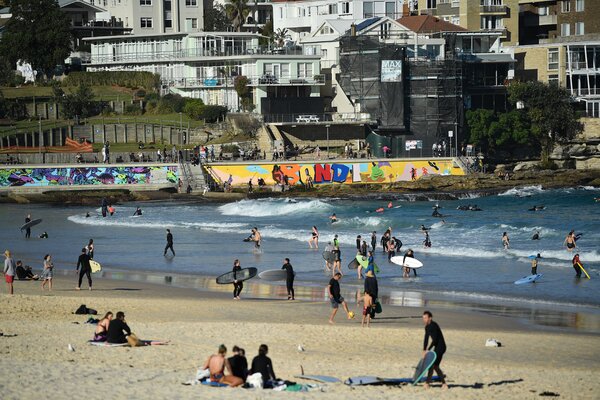 SYDNEY, Australia — Australia faced a grim and anxiety-inducing challenge on Monday: simultaneous outbreaks of the coronavirus in several parts of the country, most notably in Sydney, fueled by the spread of the highly infectious Delta variant.

In Sydney, which has gone into at least a two-week lockdown, cases grew by 18 on Monday and now stand at 130. It is the worst outbreak Sydney has seen since last year.

Other states across Australia also reported a handful of new cases, threatening the nation’s successful control of a virus that has ravaged many countries far worse.

Restrictions have been toughened, with lockdowns in Perth and Darwin, along with Sydney.

“We’ve got to hang in there,” Mr. Morrison said. “We don’t have a choice. The pandemic is still upon us.”

How Australians are enduring record heat