Home » Australasia » The Eerie Familiarity of a Melbourne Lockdown 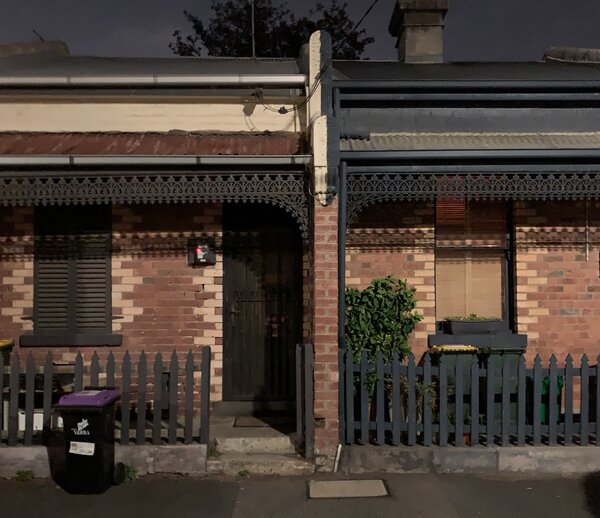 The Australia Letter is a weekly newsletter from our Australia bureau.

It’s all so eerily familiar. The gray weather and afternoon sunsets. The anxious wait for the day’s numbers. The obsessive checking of exposure sites. The rumors of restrictions, followed by the reality of lockdown. The kids home from school. Birthday parties canceled, holidays postponed. The dreary, fearful, resigned uncertainty of it all.

Today, Victoria entered its first lockdown since last year, when the state — and Melbourne in particular — spent many months with a variety of harsh restrictions. With 39 active coronavirus cases in the state and hundreds of exposure sites, including sports arenas and crowded bars, we’ve been told we’re in for a seven-day “circuit breaker” lockdown. But we’ve heard that before, and we know that if things go the wrong way we could be in for a longer haul.

Much of the world has experienced some form of lockdown, so much so that the word tends to lose meaning when used outside of a local context. In Victoria, it means we are not allowed to leave our homes except for a few essential reasons. We are not allowed to travel more than five kilometers from our homes. Enforcement last year was strict; there’s no reason to think that this will be any different, although most people are compliant. Folks I know are glad for rules that aim to keep them safe. But that appreciation doesn’t make the lonely claustrophobia of lockdown any easier.

And it’s easy to wonder: Why Melbourne? Other Australian cities have managed to make it through the entire pandemic with only brief restrictions and tiny outbreaks. Is it our weather? Our state’s policies? Bad luck? (The Guardian today has a good article examining these questions.)

There are a few differences this time around. Instead of Premier Dan Andrews delivering the daily news conferences — whose ubiquity became a kind of ritual for Victorians last year — we are now being directed by the acting premier James Merlino. (Mr. Andrews fell in early March and suffered broken ribs and spinal damage. He is expected to be back on the job next month.) Many businesses, particularly those with office-based workers, became so used to functioning this way last year that this will barely disrupt them.

But the biggest difference for many of us is that there is something we can actually do about the situation this time around: get vaccinated. As of today, Victorians ages 40 to 49 can make an appointment to receive a vaccine — before that, only those over 50 were eligible. And of those in the over-50 range, many people who put off getting vaccinated have turned out in droves in recent days to receive their shots.

I got my first dose last night. (A change in my circumstances made me newly eligible yesterday.) I’d be lying if I told you it was an easy process. I spent hours on hold, took a long bus ride to a clinic that turned me away (despite the Covid hotline sending me there), spent hours on hold again, took a bus home, then drove back to the clinic well into the evening. Many Victorians will be dealing with similar frustrations today and into the future — long lines, long waits, confusion about the process. But after months of waiting, after the last year, after everything, the only thing I felt upon receiving my shot was relief.

Today, like many Victorians, I am looking longingly out my window at my beautiful city. I’m helping my son navigate home-schooling again. I’m worrying about those who are ill. I’m grateful for the contact tracers, who are working at lightning speed. I’m grateful to finally have begun the vaccination process.

How is the new Victorian lockdown affecting you? Let us know at [email protected]

Here are this week’s stories.

A lockdown in Victoria State, Australia, follows a variant-fueled outbreak. After nearly three months without an infection, health officials have found 26 cases in the Melbourne area. Critics blamed ill-equipped quarantine facilities and a slow vaccine rollout.

In Australia, Births of Tasmanian Devils Are a Milestone After 3,000 Years. Seven babies were born in the semi-wild of a nature preserve, millenniums after the animals were wiped out on the Australian mainland. Whether they can survive is another question.

A Super Blood Moon Dazzles Earthlings. A supermoon and total lunar eclipse combined to put on a big red show.

The Best View for the Supermoon May Be on This Plane. Qantas ran a one-time scenic flight from Sydney to offer ideal viewing of the supermoon.

New Zealanders Are Flooding Home. Will the Old Problems Push Them Back Out? More than 50,000 have escaped the pandemic by moving back, offering the country a rare chance to regain talented citizens. But they are confronting entrenched housing and employment challenges.

Australia Exhumes the Somerton Man, and His 70-Year Mystery. This week the police disinterred a body, found on a beach in 1948, that has puzzled investigators for decades. “There’s lots of twists and turns in this case, and every turn is pretty weird,” one said.

U.S. Activists Try to Halt an Australian Way of Life: Killing Kangaroos. A bill in Congress aims to ban all kangaroo products from Australia, setting up a clash between two very different kinds of people on opposite ends of the earth.

They Were Only Children. At least 69 children were killed in the Israel-Hamas war this month. This is who they were.

QAnon Now as Popular in U.S. as Some Major Religions, Poll Suggests. Fifteen percent of Americans believe that “patriots may have to resort to violence” to restore the country’s rightful order, the poll indicated.

Goodbye to a Yankee Farmer, the Ghost of Exit 8. In 1964, a Vermont farmer burned himself and his farm, rather than surrender his land. His neighbors can’t let him go.

Amy Cooper, White Woman Who Called 911 on Black Birder, Sues Over Firing. Ms. Cooper, who made the call after a man asked her to leash her dog in Central Park, says that she was discriminated against because of her race.

Are you enjoying our Australia bureau dispatches? Tell us what you think at [email protected]

Like this email? Forward it to your friends (they could use a little fresh perspective, right?) and let them know they can sign up here.