Australia is great at outbreak response but something is lacking when it comes to the country’s vaccine rollout. 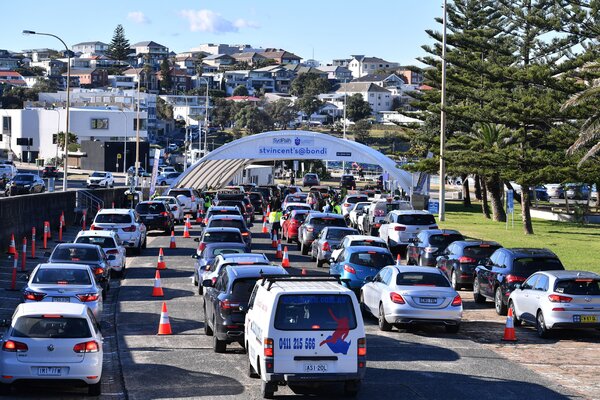 On Wednesday afternoon, between interviews in Canberra, my phone buzzed with a disturbing message from my wife: New Covid case in Sydney, at the movie theater.

We’d gone to see a different film than the 60-something driver who carried the dangerous Delta variant, but we were at the same place at the same time on Sunday afternoon, which meant that me, my son and my wife were all within the dragnet of yet another outbreak.

“So freaking annoying,” my wife wrote.

What followed was definitely that, and all too familiar. The canceled plans. The scramble to get tested. The self-isolation. It was a personal version of the story I had just published that same day — about how Australia and so many of the countries in Asia that led the world in containing the coronavirus are now stuck languishing in the race to put it behind them.

I’d written the article with local reporting and help from my colleagues in South Korea, Japan, Taiwan and elsewhere. I never expected to be thrown so quickly into the maelstrom again myself. But maybe, just maybe, it’s valuable. My experience, so far at least, points quite clearly to what I’d heard from so many others about the mix of competence and caution — or is it complacency? — that has defined this Covid moment in Australia, and sparked everything from resignation to rage.

The good news is that Australia (at the state level) has become extremely sharp when it comes to outbreak management. I was able to get tested late Wednesday night in a suburb of Canberra, and my negative result arrived a few hours later with a text message at 3:07 a.m.

In Sydney, my wife’s visit to a busy pop-up clinic had her in and out in record time.

The health workers we called to report ourselves as potential contacts were also polite and reasonable. They all seemed to have the same matter-of-fact tone of Gladys Berejiklian, the New South Wales premier, tamping down panic while pleading for patience.

But at one point, while talking to Andrew, the friendly and thorough contact tracer in New South Wales whom my wife and I both spoke to Wednesday night, I started to see the problem. It was when he asked me if I had been vaccinated.