Home » Business » A Black Architect Is Transforming the Landscape of Golf

Brandon Johnson picked up his first golf club at age 12 and knew right away that he was hooked on the sport. By high school, he recalls, he wanted a career as a golf course architect.

Today, 35 years later, he is the senior golf course architect and a vice president for Arnold Palmer Design Company after a stint at First Tee, a nonprofit that teaches children life skills through golf.

Although golf consumed him at an early age, he grew up in Charlotte, N.C., in a family where music and art were intertwined. He was drawn to the cello, the drums and the piano early in life and was inspired to sketch and draw by his sister, whom he described as the artist in the family. Golf course design captured his attention in part because of a coffee-table book his parents bought him and seeing the work of the golf course designer Pete Dye on PGA Tour telecasts. 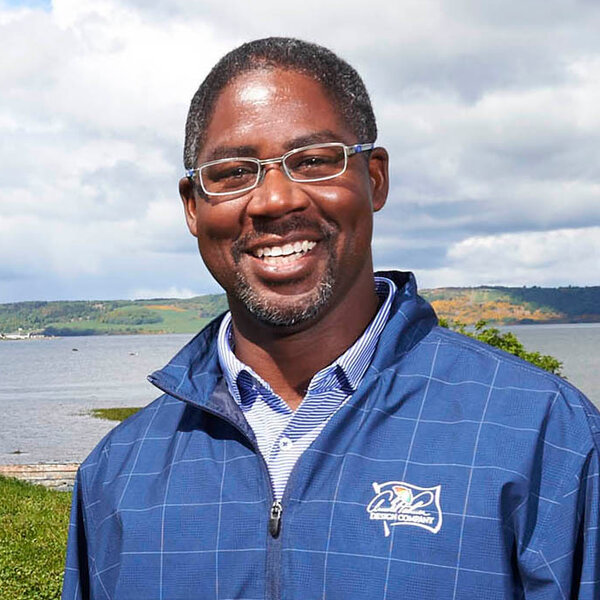 He was accepted to North Carolina State University, where he majored in landscape architecture — with a minor in music — and later went on to the Harvard Graduate School of Design, where, he said, he “fell in love with large-scale master planning,” which is, after all, what being a golf course architect entails.

In a field that has historically lacked diversity, Mr. Johnson stands out. “There have definitely been other Black golf architects who broke down the barriers for me, but I’m still an exception to the norm,” he said.

“I was also the only Black player when I played competitively in high school.”

Mr. Johnson said that he has been inspired by Black golf course architects such as Leslie “Les” Clayton, whom he worked with when he was at First Tee, and Joseph Bartholomew, who was introduced to golf when he caddied at a segregated private club and subsequently went on to have a successful career as a designer. Mr. Bartholomew was barred from playing on the very courses he designed because of segregation laws.

Mr. Johnson has held his current position for almost a decade and has been involved in the design of 30 courses all over the world, many of which are in developments with golf homes.

In the earlier years of golf communities, the sport was an amenity to the real estate, Mr. Johnson said, but now, the course matters as much as and even more than the homes. “A great golf course associated with a community increases the value of the properties in that community,” he said.

The following interview has been edited and condensed.

What does a golf course architect actually do?

We prepare the game board for golf. We take a raw piece of land and figure out creative ways that the game can be played out in that topography. Any one course takes between three to five years from the design phase to when it’s actually completed. I’m involved every step of the way and work with a team of engineers; agronomists, who study the soil; landscape architects; golf course builders; and golf course shapers, who are experts at sculpting the land to my design concepts.

Practicing golf course architecture is a combination of balancing the technical and artistic sides of the job.

Do you have a philosophy when designing courses?

Yes. My philosophy is to design courses that are fun and engaging and interesting strategically for players.

Given that you have a minor in music, do you ever listen to music when you design?

Absolutely. It’s jazz when I am trying to solve a really tough problem and Romantic-era classical other times, like Brahms and Beethoven.

Why do you think that there so few golf players and architects who are Black? Is that changing at all?

In my opinion, it’s a combination of interconnected and sometimes complex issues and circumstances that become one big deterrent for entry and participation into the game and its supporting industry: the country’s segregated racial history and golf’s historical participation in that, awareness, access (equipment, facilities, instruction, peer playing companions), money, education, time, lack of introductions to the game, just to name a few.

Change is taking place. There are numerous programs both national and local that are focused on growing participation and access to the game such as First Tee, Bridging the Gap, Black Girls Golf. On the competitive player development level, the United Golfers Association and the Advocates Professional Golf Association are making huge strides in developing the next generation of elite professional golfers. All of these programs are focused on reaching African-Americans, Latino Americans, Native Americans and underrepresented groups in hopes of making the game much more inclusive and diverse.

Many of the courses you design are in developments or resorts where people can buy golf homes. How does the design of a course interplay with these residences?

In an ideal setting, they coexist seamlessly by having the golf course be spread over the prime pieces of land, whether that’s water features such as streams, ponds or the ocean, or terrain with rolling hills where you get views. The homes are on the periphery of these properties with generous setbacks away from the course.

But what you don’t want is an 18-hole course with homes jammed on either side of it, which was often the case in the ’80s and ’90s when many communities were being built. Living in a golf community is about having space and breathing room from other homes and the course.

In your experience, how have golf course communities changed over the last 10 years?

Communities used to be only about the golf. Today, they have a diversity of amenities such as resort-style pools, dog parks, tennis courts, bocce courts, spas, top-of-the-line gyms, great restaurants, horseback riding and more.

New communities are more multifaceted, and older ones are renovating.

These changes are broadening the demographic of the residents, who used to be mostly retirees. You see nongolfers and a lot more younger people who aren’t just buying second homes but moving in full time with their families. They want to raise their children there.

Are golf communities making a shift to be more sustainable?

Sustainability matters today more than it did ever before. Golf courses now have features that promote water conservation and design elements that touch the natural land as little as possible. Some communities even create new ecosystems. In Lakewood National Golf Club, in Sarasota, Fla., for example, I designed two golf courses. My team and I started with a cleared and barren flat landscape and transformed it into a setting with lakes and rolling topography. We added tons of vegetation such as pines, oaks, red maples, magnolias and native palms. Today, the property is a wildlife-rich ecosystem with a variety of birds, fish, alligators, and the occasional wild boar and deer.

Some golf homeowners want a property right next to the course while others prefer homes that are farther away. In your opinion, what are the drawbacks and benefits of each?

Being near a course means you get great views and a backyard that is well maintained with natural landscape. The people watching is also a plus. But you might get the occasional golf ball in your yard from other players. There’s a misperception that you lack privacy if your home is too close to a course, but in a well-planned community that shouldn’t be an issue because there is a vast amount of open space.

If your house is further away from a course, you might be more secluded, but, especially in large communities, the course won’t be as accessible.

One setting isn’t more prestigious than the other. It boils down to personal preference.

In your opinion, what are the next emerging golf destinations?

Asia for sure. India, for example, has a long history with the game, but the golf courses there are still developing all over the country. It’s on my wish list to work on a course there.

Vietnam and Thailand are also very up and coming with new courses in upscale resorts with real estate.

In Africa, Morocco, Kenya and Nigeria have budding golf markets, and our company has seen interest in new courses from these countries.