Home » Business » A Lifeline to the Jobless Has Problems With Fraud, and With Math

An emergency federal program faces growing issues with spurious claims, and the flood of applicants may have led to overcounting the unemployed. 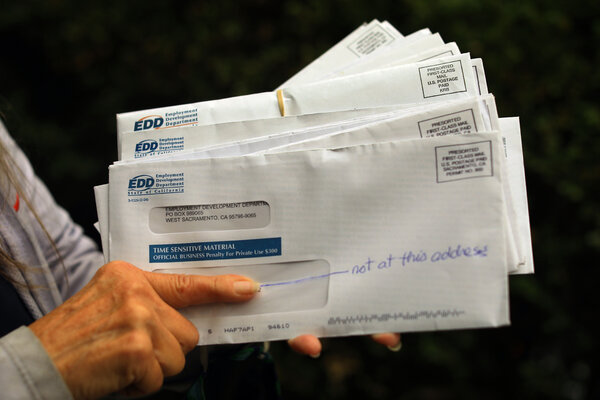 Two weeks ago, shortly after she advertised an apartment for rent in the Bay Area, Barbara Lamb found five envelopes from the state’s unemployment office in the building’s communal mail slot. They kept coming, day after day, until a stack of more than 30 piled up, bulging with notices of benefit approvals, questionnaires about job status — and debit cards with money.

“They could barely get them through the mail slot, they were so thick,” she said.

But Ms. Lamb had not applied for benefits, and had never heard of the people to whom the envelopes were sent. Fearing the address of the vacant unit was being used as part of a fraud scheme to collect the money, she contacted the F.B.I.

California is at the center of increasing concerns about extensive fraud in a federal program to push unemployment benefits to freelancers, part-timers and others lacking a safety net in the coronavirus pandemic. 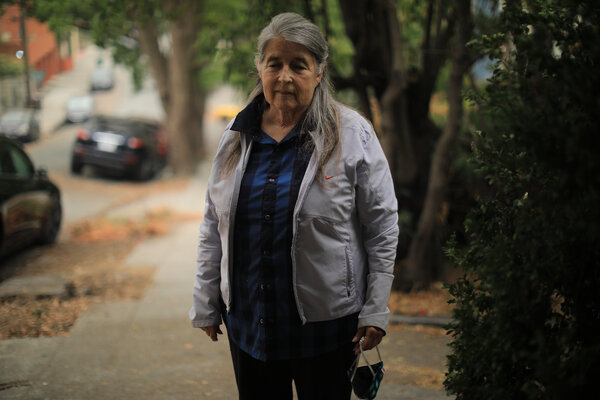 At the same time, there is growing evidence of problems keeping track of how many people are being paid through the program. The Labor Department reports about 15 million claims for benefits nationwide. A comparison of state and federal records by The New York Times suggests that total may overstate the number of recipients by five million or more.

If the number of people getting unemployment benefits is lower than officially reported, it could affect thinking about the scale of the pandemic’s economic impact. In addition, the taint of fraud could undermine support for the program, and efforts to combat abuses may make it harder for legitimate applicants to collect benefits, which are distributed by the states.

The program, Pandemic Unemployment Assistance, is part of a $2.2 trillion relief package hurriedly enacted in March. In the latest Labor Department tally, the program accounted for nearly half the total recipients collecting jobless benefits of any kind.

Those figures imply that nearly seven million people are collecting Pandemic Unemployment Assistance benefits in California alone, far more than its population would suggest. The state’s own data suggests the number may be less than two million. Experts on the unemployment system say such discrepancies seem to reflect multiple counting as states rushed out payments.

But a surge in new claims in California — where they have risen to more than 400,000 a week, twice the level in August — is attributed not to accounting, but to fraud.

“We do suspect that a big part of the unusual recent rise in P.U.A. claims is linked to fraud,” said Loree Levy, a spokeswoman for the California Employment Development Department. She said the state was investigating “unscrupulous attacks” exploiting identity theft and vulnerabilities in the system.