SAN FRANCISCO (Reuters) – A raft of profit warnings from Apple Inc (AAPL.O) suppliers this week has fueled investor concerns that iPhone sales, in terms of volume, have hit a wall that could spell trouble for the company’s plans to make services its main pillar of growth. 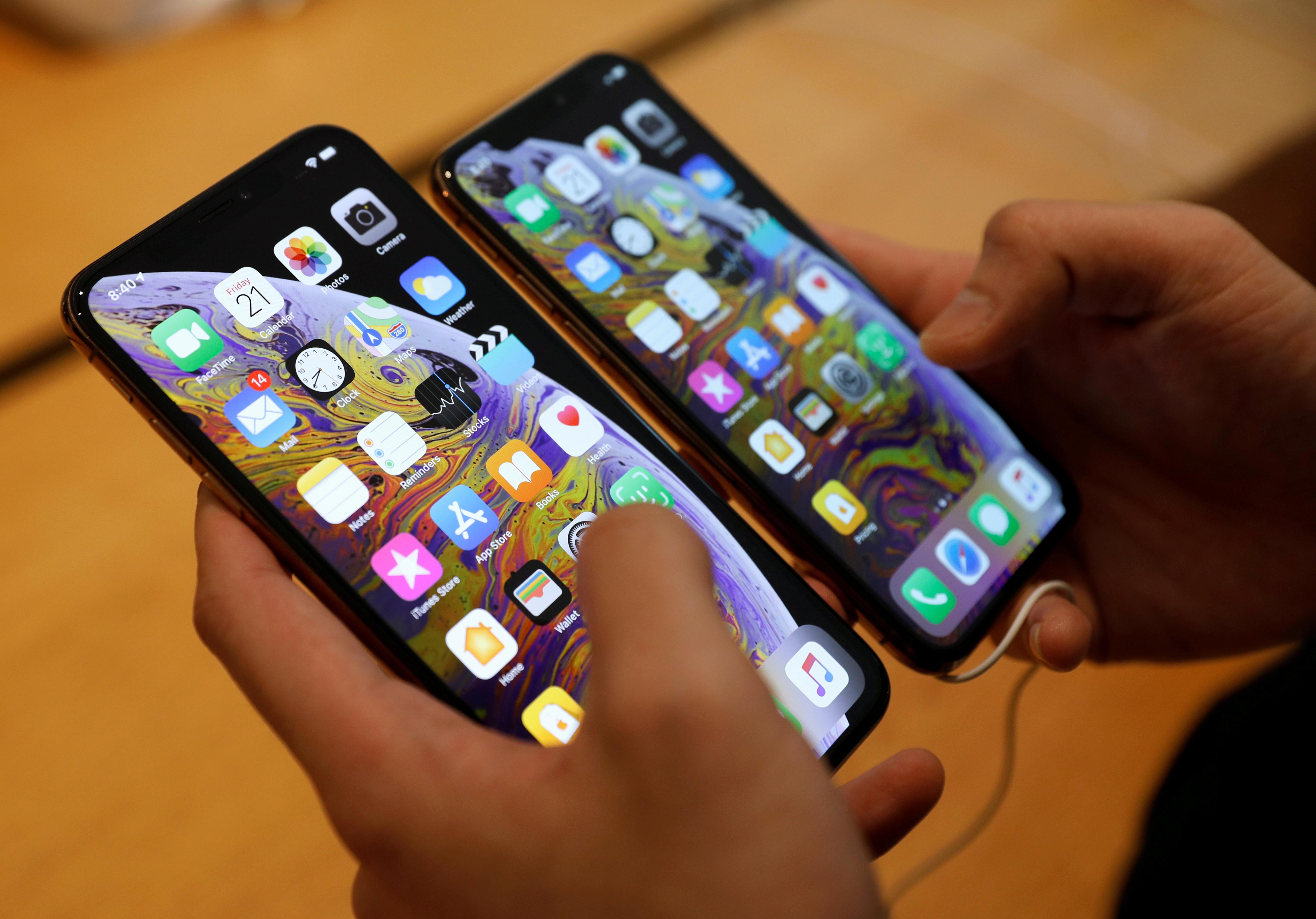 For the past year, investors had largely been willing to overlook stagnating unit sales of the iPhone because average selling prices kept rising. But now fierce competition from mid-priced phones from makers such as Xiaomi Corp (1810.HK) has become difficult to ignore.

Apple’s vision of becoming a company driven by paid services such as Apple Music and iCloud rests on building as large a base of device owners as possible, with the iPhone serving as a critical anchor.

Without volume growth in promising overseas markets such as India, Brazil and Russia, the worry is that Apple has at least parts of its strategy wrong with too much emphasis on its premium brand and the high prices that go with it.

A trio of Chinese smartphone makers – Xiaomi, Oppo and Vivo – accounted for roughly a quarter of the global market in the first half of 2018, according to data from research firm IDC, up from just 8.9 percent for all of 2014.

But with the exception of fiscal 2015, Apple hasn’t grown its market share. It had 13.6 percent of the world market in the first half of this year, down from 14.8 percent for 2014, although its share typically rises with full-year results due to strong sales in December.

Apple currently has what it calls an active installed base of 1.3 billion iPhones, iPads and Macs, serving as the pool of potential customers for its services – a business which hit $37.1 billion in revenue for the most recent fiscal year.

That represented 14 percent of Apple’s overall revenue, up from 8.5 percent in fiscal 2015 when iPhone unit sales hit their all-time high.

But IDC expects the global smartphone market to grow only 2.4 percent on a compound basis to 1.6 billion units by 2022, indicating a saturated market in which the Cupertino, California-based firm will be fighting rivals for each customer.

Xiaomi, in particular, is gaining fans rapidly. In India, where Apple has only a minor presence, Xiaomi has in some quarters beat Samsung Electronics (005930.KS) to be the country’s top phone seller and is also racing up the rankings in European markets where it is opening retail stores.

“This is the case where it’s much different in other parts of the world,” said Ryan Reith, program vice president for IDC’s mobile device tracking program.

“Many of those brands don’t play (in the United States), but they’re playing in places where they never played before.”

In its latest earnings this month, Apple shocked investors with a lower-than-expected sales forecast for the holiday shopping quarter and with its announcement that it would stop reporting unit sales for its hardware products as has been customary for the last 20 years.

Underscoring flattening iPhone unit sales, it also said it sold 217.7 million iPhones in its most recent fiscal year, virtually unchanged from the year before and well below a high point of 231.2 million in fiscal 2015.

Its share price, hit at the time of the forecast, has since extended losses after profit warnings from suppliers like Japan Display Inc (6740.T), British chipmaker IQE Plc (IQE.L) and Lumentum Holdings Inc (LITE.O). The stock is now down about 8 percent since its Nov. 1 earnings.

Apple declined to comment on the market moves. But its supply chain is vast, and the company’s executives have warned investors in the past against fixating on sparse data points from it. And Apple has for more than a decade insisted that its gadgets should not be judged on their specs alone, an argument that sales data suggest Apple made successfully.

Apple’s newest models such as the iPhone XS and iPhone XR are proving popular with its most loyal fans in wealthy economies. But they range up to $1,449 in price – out of reach for many consumers in less developed markets.

Apple’s strategy is to lure those consumers to its eco-system with older models at cheaper prices. It has also emphasized that its phones are designed to last longer than the competition, expanded its repair options and crafted its most recent operating system update to speed up older devices.

But Chinese smartphone makers have been packing their phones with higher-end chips and features like under-the-glass fingerprint sensors that seek to lure consumers who might otherwise give Apple’s phones a look.

Those manufacturers are increasingly adopting Qualcomm’s (QCOM.O) most powerful mobile phone chips, said Cristiano Amon, the head of chip operations at the U.S. chipmaker, which is locked in a bitter court dispute with Apple.

Those phones were initially sold in China but “we’ve also seen them gaining share outside China, especially in areas such as India and Europe,” Amon said.

On its home turf, too, Apple is facing new challenges from at least one Chinese maker, OnePlus, which is creeping into the U.S. firm’s traditional pricing territory.

After years of being available in the United States only via an online store and developing a following among tech enthusiasts, the OnePlus 6T is being carried by T-Mobile US Inc (TMUS.O) stores.

At $549, it sits between the iPhone 7 and iPhone 8 in terms of pricing. Kyle Kiang, the general manager for North America for OnePlus, said sales are beating internal expectations so far, although he declined to disclose those figures.