Home » Business » Airlines could benefit when the E.U. eases restrictions on travel. 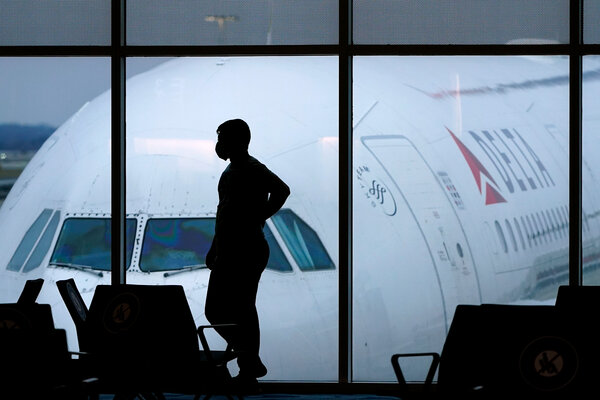 U.S. airlines have been bolstered by the return of customers eager to travel within the country or just outside its borders, but the nation’s largest carriers are still lamenting the loss of two particularly lucrative parts of the business: international and corporate travel. At least one of those could rebound this summer.

In an interview with The New York Times over the weekend, Ursula von der Leyen, the president of the European Commission, said she expected the European Union to ease travel restrictions for vaccinated American tourists, a move that could let the airline industry cash in during the year’s busiest travel season.

“Long-haul international flying represents a significant opportunity for United,” Andrew Nocella, the chief commercial officer for United Airlines, told investors last week. “We have seen in recent weeks that immediately after a country provides access with proof of a vaccine, leisure demand returns to the level of 2019 quickly.”

American Airlines and United said this month that international travel remained about 80 percent lower than in 2019. They and other airlines expect strong demand for domestic flights this summer, and the restoration of trans-Atlantic travel could provide the industry a much-needed boost as it works to generate profits again.

American, Delta Air Lines and United each reported a loss of more than $1 billion in the first three months of the year. Southwest Airlines reported a small profit, of $116 million, though its chief executive said the airline would have lost $1 billion without federal aid.

The news of the E.U. reopening to vaccinated American tourists was also welcomed by Willie Walsh, the director general of the International Air Transport Association, a global airline industry group, who said it could bode well for carriers elsewhere, too.

He said in a statement that coordination between the European Commission and the industry was essential “so that airlines can plan within the public health benchmarks and timelines that will enable unconditional travel for those vaccinated,” not just Americans but passengers from other countries as well.