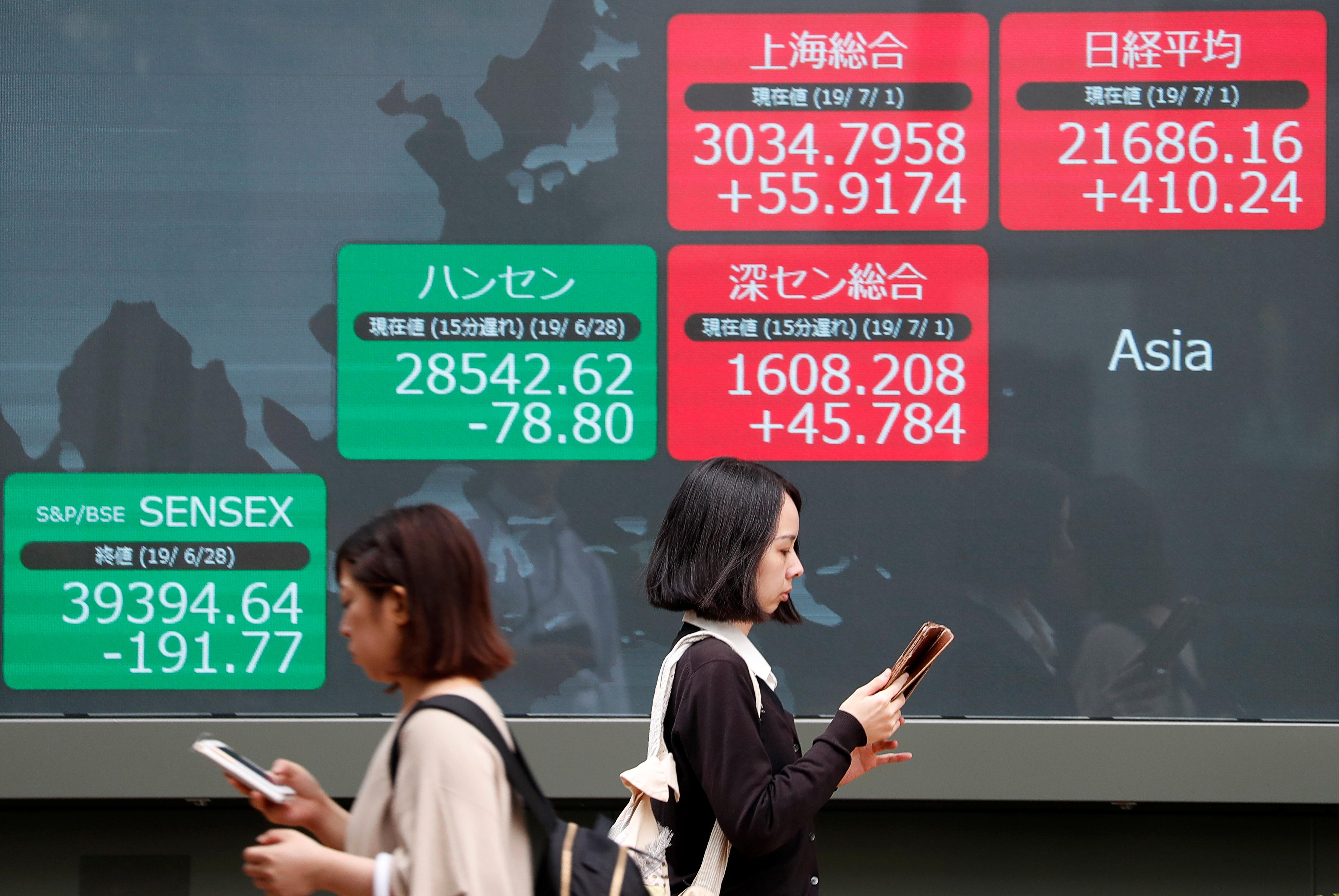 The jobs figures “have been a good reminder that the market may have gone well ahead of itself when it comes to the pricing of an eventual monetary easing in the United States,” Ipek Ozkardeskaya, senior market analyst at London Capital Group, said in a note on Tuesday.

Japan’s Nikkei was the outlier in Asia, inching up 0.1% thanks to gains in a few heavyweights in the index.

MSCI’s broadest index of Asia-Pacific shares outside Japan dropped 0.4% but pared earlier losses, having traded at its lowest level since June 19.

On Wall Street, the S&P 500 lost 0.5% while the Nasdaq Composite dropped 0.8%, led by fall in Apple after a brokerage downgraded the stock to “sell”.

Apple’s suppliers in Japan, such as Murata Manufacturing and Taiyo Yuden, fell 2% and 4%. In Greater China, suppliers from Hon Hai to AAC Tech lost between 1.4% and 3.1%.

Money market futures <0#FF:> are still fully pricing in a 25 basis point (bps) cut at the Fed’s next policy meeting on July 30-31, but have almost priced out a larger 50 bps move.

“The headline payrolls figures was pretty strong but wages were tepid, so on the whole a 25 basis-point cut would be justified as an pre-emptive move and I think the current market pricing is fair,” said Naoya Oshikubo, senior economist at Sumitomo Mitsui Trust Asset Management.

Global equities will likely remain under pressure after last month’s outperformance, Pictet Wealth Management said in a memo on Tuesday.

“After a strong rally in June that more than erased the May drawdown, valuations look demanding, underpinning our underweight stance,” the firm said. “We expect (emerging market) equities to perform sideways in the coming weeks, but with the possibility of rotation to quality cyclicals.”

Investors’ focus is shifting to Fed Chairman Jerome Powell’s testimony before Congress later in the week for clues on monetary policy.

“What the market will be looking for is whether the language is as dovish as previously (at last policy meeting),” said Christy Tan, head of market strategy for Asia at National Australia Bank. “There’s been some over-dovishness in what the Fed needs to do in the market.”

The dollar changed hands at 108.78 yen, having risen in the previous session to its highest in more than a month.

The dollar index versus a basket of six major currencies was a touch higher at 97.432.