SYDNEY (Reuters) – Asian shares rose to their highest in eight months on Tuesday, as trade deal optimism and Wall Street’s streak to all-time highs supported sentiment, while familiar fears of a hard Brexit knocked the pound. 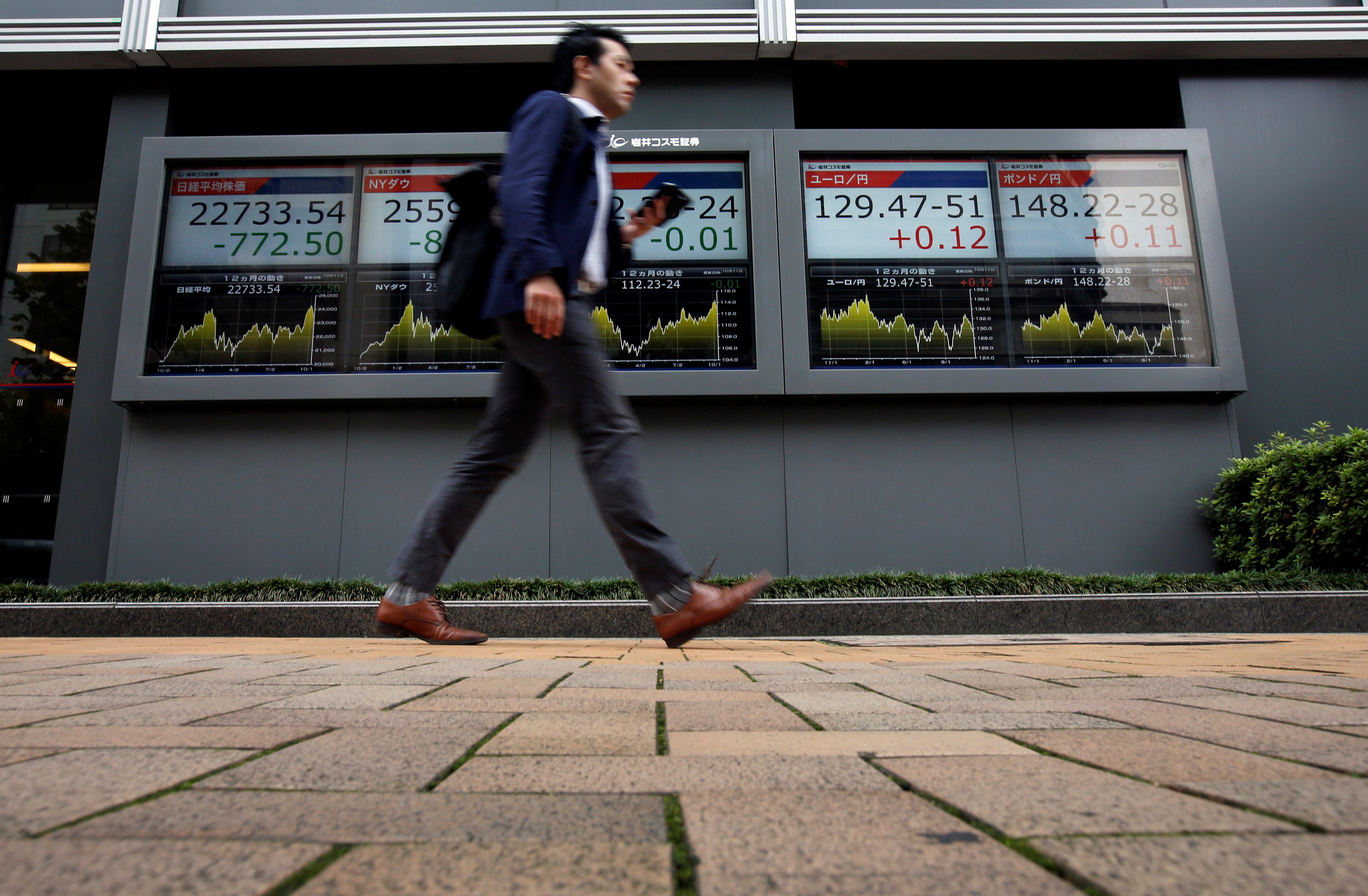 The mood carried MSCI’s broadest index of Asia-Pacific shares outside Japan .MIAPJ0000PUS up 0.4% to its highest since April. Japan’s Nikkei .N225 hit its firmest in more than year and Hong Kong’s Hang Seng .HSI rose half a percent.

Australia’s S&P/ASX 200 eked a tiny extension to Monday’s big gains. Though bond markets, currencies and commodities were more circumspect, and futures trade pointed to softness in Europe and the United States after a bumper Monday.

“The risk is that nobody thinks that there’s anything left for the year, they’re all thinking 2020.”

The preliminary deal between Washington and Beijing will double U.S. exports to China, White House adviser Larry Kudlow told Fox News on Monday. The United States will also reduce some tariffs on Chinese goods under the agreement.

It is not yet signed, and the Chinese side have been more circumspect in their praise, but U.S. Trade Representative Robert Lighthizer said over the weekend it is “totally done”.

The Dow Jones Industrial Average .DJI rose 0.4%, the S&P 500 .SPX added 0.7% and the Nasdaq .IXIC almost one percentage point. For the year to date, the Nasdaq has increased its value by a third, while the other indexes are up by more than 20%.

In Britain, the FTSE 100 .FTSE had its biggest daily gain in almost a year. But after the closing bell some familiar fears returned.

ITV reported Prime Minister Boris Johnson would use his huge majority to reinstate a hard deadline for quitting the European Union at the end of next year, again raising the specter of a chaotic “hard” Brexit.

WHAT’S ACTUALLY IN IT?

Elsewhere currency markets were more pensive in the absence of many of the fine details of the trade deal. The U.S dollar recouped some of Monday’s losses, though moves were modest.

“Equity markets just want to rally, so they’ll pick on anything that seems remotely positive, but the other markets are maybe a little more thoughtful about exactly what’s going on.”

Several Chinese officials told Reuters the wording of the agreement remained a delicate issue and care was needed to ensure expressions used in text did not re-escalate tensions.

Still, trade optimism kept the Chinese yuan on the strong side of 7 per dollar CNH=.

The Australian dollar AUD=D3 drifted lower as minutes of the central bank’s December policy meeting showed it was open to monetary easing in February if the outlook deteriorated.