The vaccine maker is preparing to apply for emergency authorization from the Food and Drug Administration. But the vaccine may not be needed in the United States. 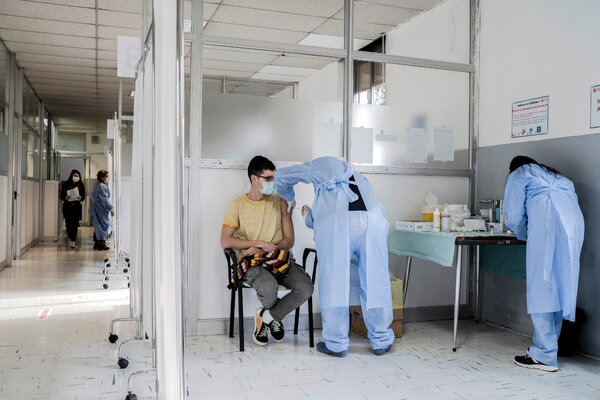 By Rebecca Robbins and Benjamin Mueller

The coronavirus vaccine developed by AstraZeneca and the University of Oxford provided strong protection against Covid-19 in a large clinical trial in the United States, offering complete protection against the worst outcomes from the disease while causing no serious side effects, according to data released on Monday.

The findings, announced in a news release from AstraZeneca, may help shore up global confidence in the vaccine. But the fresh data may not make a difference in the United States, where the vaccine is not yet authorized and may not be needed.

If AstraZeneca wins authorization for emergency use in the U.S. based on the new results, the vaccine will likely not become available until May, when federal officials predict that three other authorized vaccine manufacturers will be producing enough doses for all the nation’s adults.

The announcement comes at a deeply fraught moment for AstraZeneca. More than a dozen countries this month briefly suspended inoculations with the shot over concerns about possible rare side effects, the latest in a series of problems for AstraZeneca that have undermined confidence among both the public and some government officials.

Most countries will restart use of the shot after the European Union’s drug regulator said Thursday that a review determined that the vaccine was safe. Nonetheless, the speed at which several nations suspended use of the vaccine reflected a skittishness about its safety and effectiveness that contrasts sharply with the confidence that has been shown in other vaccines.

AstraZeneca said on Monday that it would continue to analyze the new data to and prepare to apply for emergency authorization from the Food and Drug Administration. The vaccine has already been authorized in more than 70 countries, but clearance from American regulators, if the company can secure it, would be a boost to the firm.

The U.S. trial also recruited participants from Chile and Peru. It found AstraZeneca’s vaccine to be 79 percent efficacious in preventing symptomatic infections. The vaccine was particularly good at preventing severe disease, with 100 percent efficacy in that regard among trial participants who got the vaccine — a major selling point for the shot.

Its overall efficacy was higher than that observed in the vaccine’s previous clinical trials, despite being used on a dosing schedule that may not be optimal. Oxford said that figure could be affected by the thresholds it set for symptomatic Covid-19 cases.

The trial did not turn up any serious side effects, a reassuring sign. European regulators initiated the recent safety review after a small number of people in Europe who had recently been inoculated suffered blood clots and abnormal bleeding.

The regulators found that the vaccine did not increase overall risk of blood clots, but said they could not rule out the possibility of a link between the vaccine and a rare complication leading to bleeding in the brain. A new warning label will be added to the shot so health practitioners will be on the lookout for possible indications of that illness.