After weeks of speculation, the fabled department store Barneys New York announced on Monday that it had filed for bankruptcy protection. An arbiter of cutting-edge luxury and creativity, Barneys has been a mainstay of the New York fashion scene since it opened its doors in 1923. Its standing was cemented 70 years later when it opened its flagship store, a nine-story building on Madison Avenue with large windows that let daylight stream in.

Department stores across the nation have struggled as social media changed shopping habits and consumers were lured online by lower prices, drastically reducing foot traffic. Yet Barneys’ woes faced heightened scrutiny, perhaps because of its reputation for shrugging off convention with an air of arrogance.

The attention may have hastened the retailer’s troubles, but it was also emblematic of what made Barneys special in the first place. It stood apart from other department stores as a symbol of aspirational elitism, an attitude of exclusionary elegance that made it a New York institution and a must-see destination for well-heeled shoppers. 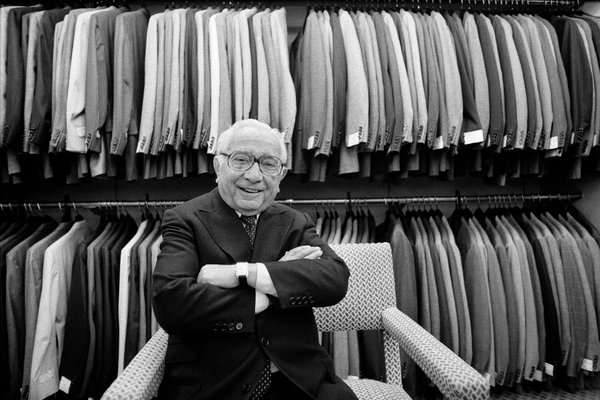 Barneys plans to close 15 of its 22 locations, but will maintain its flagship store, at Madison Avenue and 61st Street in Manhattan. Sheathed in French limestone, the building is known for its open, spacious design and large windows on every floor.

Despite its focus on high-end goods, Barneys’ signature awnings often make appearances in pop-culture fare, including TV shows like “Will and Grace” and “Sex and the City.” Barneys changed the awnings from a friendly cherry red to a sleeker black in 2011.

Barneys has cultivated a vaunted status as the place to see and be seen. Designers are willing to cut exclusive deals just to hang their clothes on Barneys racks. The rarefied air draws celebrities looking to buy avant-garde fashion or to introduce their own.

Barneys built a brand of cool by breaking the rules of retail. Its Madison Avenue store was an ambitious venture of extravagance when it opened in 1993, two years before Amazon sold its first book. Affluent New Yorkers and tourists were drawn to the opulence and sharply edited selection of upscale designer apparel.

In 1986, Barneys hired Simon Doonan, a British window dresser, who created the retailer’s attention-grabbing holiday windows. The displays became renowned for their contradictory, theatrical approach with a twist of social commentary. “It’s not so much to be shocking or daring,” Mr. Doonan told The New York Times in 1993, “but to turn the windows into sort of a magazine with ideas, entertaining ideas.”

Barneys has faced bankruptcy before, in 1996, after which the Pressman family lost control of the business. The company survived then, and it does not appear ready to shut its doors now, either. It struck a financing deal to stay afloat during bankruptcy proceedings and is moving ahead with openings in East Rutherford, N.J.; Las Vegas; and Miami Beach.