Bidders for British Steel have been told to submit their final offers for the company by midnight on Monday as advisers to the government draw up detailed contingency plans for the potential closure of its vast Scunthorpe steelworks.

Sky News has learnt that EY, which is running the auction of the ailing steel producer on behalf of the Official Receiver, has told bidders – including one owned by the Turkish military’s pension fund – that it intends to resolve the company’s future by the end of the month.

Prospective buyers now have little more than 48 hours to finalise their proposals to buy British Steel, which collapsed into compulsory liquidation in May.

Thousands of jobs at Scunthorpe, the company’s other sites and in its wider supply chain hinge on the outcome of the sale discussions.

Only a small number of bidders‎ for the whole company have emerged, one of which appears to be Erdemir, a Turkish steel producer largely owned by Oyak Group, the country’s armed forces pension fund.

Greg Clark, the business secretary, is understood to have travelled to Turkey for talks with Erdemir as part of the government’s efforts to secure a saviour for British Steel.

Sources said this weekend that Erdemir had hired advisers in London to work on its offer, suggesting it is serious about a takeover of at least part of the UK-based company.

‎However, EY, whose role is officially described as special manager, is now working on the processes that would be required to wind down and decommission the Scunthorpe steelworks which is among the largest in Britain.

‎Roughly 3,000 people are employed at Scunthorpe, with more than 1,000 employees elsewhere in British Steel and an estimated 20,000 in its supply chain.

The existence of the contingency plans do not necessarily mean that Scunthorpe will not find a new owner, but they underline the precarious state of the business as it enters what could be a crucial week for the future of steelmaking in Britain.

Boris Johnson, the frontrunner to become the next Conservative leader and prime minister, suggested last week that if he wins this month’s contest against Jeremy Hunt he will ensure that the government continues to bankroll the company.

Since its collapse into liquidation, British Steel ‎has been funded through a taxpayer-backed indemnity.

Sources close to the process, however, cast doubt on Mr Johnson’s ability to honour that pledge because of state aid rules and the possibility that no buyer will be found for Scunthorpe.

Some bidders are understood to have informed EY that they would require a government dowry running to hundreds of millions of pounds in order to take on the site in north Lincolnshire.

In addition to Monday’s deadline, EY has told bidders that it wants to have a deal concluded by the end of August, following the annual summer shutdown at Scunthorpe.

British Steel is estimated to be losing around £20m every month, making the prospect of a full takeover without state funding a remote prospect.

If no buyer can be secured for Scunthorpe, it would raise questions about the government’s boast soon after the sale process began that scores of companies had signed non-disclosure agreements‎ to allow them to participate.

In a statement, the Official Receiver said he was “encouraged by the level of interest shown in purchasing British Steel” and that he was “now in further discussions with the potential buyers who have made the most viable offers for the business”.

He added that the complex nature of the business meant “any potential sale will take time to deliver”.

One division of the group which does look certain to be sold is TSP Projects, a transport and infrastructure design specialist‎ which is thought to be days away from agreeing a sale to Systra, a French engineering company.

EY is understood to have agreed to carve out TSP from the wider auction following weeks of resistance. 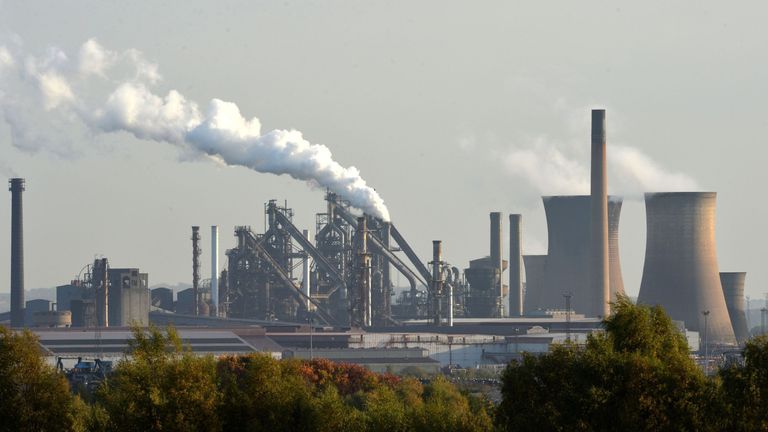 Other bidders for parts of the company appear to include Greybull Capital, which was British Steel’s owner for three years before it collapsed, Evraz, the Russian steel group, and a number of Chinese and ‎Indian peers.

British Steel’s collapse into insolvency‎ came just weeks after Greg Clark, the business secretary, handed a £120m government loan to the company to help it meet its obligations under an EU scheme for industrial polluters.

A further support package was due to be given to British Steel but was withdrawn at the eleventh hour amid concerns that it would breach state aid rules.

The company’s insolvency has prompted ‎MPs on the business select committee to launch an inquiry into the future of the UK’s steel industry, although evidence sessions will not kick off until the autumn because of the ongoing sale process.

Hard Border will not be avoided by good intentions alone, say Varadkar and May