On a recent Sunday evening in the basement of McNally Jackson Independent Booksellers in New York’s Nolita neighborhood, some 40 people gathered in a 12-by-20-foot space surrounded by movable bookshelves to hear Julia Phillips discuss her novel, “Disappearing Earth.”

Alex Unthank, a 32-year-old artist and museum educator living in Harlem, was in attendance. She treks downtown regularly just for these types of events at the store.

“It’s the community,” said Ms. Unthank, who added that she appreciated the book curation and customer service, too. “You can come in and have a conversation with someone that’s a like-minded person or is interested in having a dialogue.”

Her experience helps explain the continuing resurgence of independent bookstores even though Amazon contributed to the demise of its rival Borders and forced the largest American bookstore chain, Barnes & Noble, to shut stores in a turnaround mode.

Barnes & Noble, which recently agreed to be sold to the hedge fund Elliott Management, has been struggling to pull out of a tailspin. On Wednesday, the bookseller reported that comparable-store sales had declined in its 2019 fiscal year. Sales of its money-losing Nook e-reader and e-books fell for the seventh straight year. And its shares, after topping $30 at their peak in 2006, had slumped to about $4 before Elliot agreed to buy it for $6.50 a share.

Corporate chains were once a threat to smaller stores, but entrepreneurs have found ways to thrive, including hosting events and adding nonbook merchandise like games and T-shirts. The American Booksellers Association, a trade group for independent bookstores, has grown to 1,887 members with 2,524 locations as of May 15, the highest participation since at least 2009, when there were about 1,650 indie bookstores, the group said. 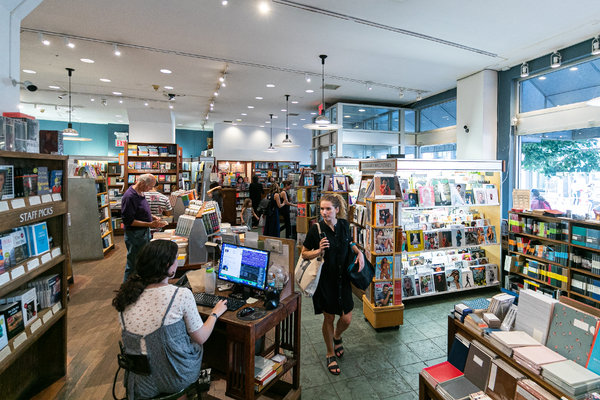 Another challenger to traditional publishing, e-books, has also started to fizzle. Sales of digital books fell 3.6 percent to $1.02 billion in 2018, a third straight decline, while hardback sales rose 6.9 percent to $3.06 billion and paperback sales 1.1 percent to $2.67 billion, according to the Association of American Publishers.

The success of independent bookstores has offered a lesson for other brick-and-mortar merchants: Become part of the local fabric.

“As more people spend more time online, they are looking for deeper ways to spend time with the community,” said Ryan Raffaelli, a Harvard Business School assistant professor who has studied indie bookstores’ reinvention. “Independent bookstores have become anchors of authenticity. This is almost like a social movement.”

The desire to be part of the community is drawing other entrepreneurs. Barb Short, 53, who works in corporate citizenship and philanthropy in Madison N.J., said she felt the calling in 2014 after the local bookstore that was a big part of her children’s lives was flooded and the owner decided not to reopen. But she had a full-time job and zero bookstore retailing experience.

She turned to the crowdfunding site Kickstarter to raise $18,500, which she used to open Short Stories Bookshop & Community Hub with her daughters, then 12 and 14. She also took the advice of a friend to study those in the industry that had survived. Her lesson: “Bookstores are becoming arts and culture hubs,” she said. “They are filling that gap in community. It’s a social entrepreneurship venture.”

About half of Short Stories’ space is basically a lounge area — decorated with a piano, a sofa, a guitar and an art gallery — that “people claim as their living room,” Ms. Short, 53, said.

The store’s events include author talks, opera recitals, open mic nights as well as birthday and engagement parties, which generate extra revenue. It also has a cafe to help “monetize the space,” she said.

That level of interaction has helped independent bookstores stand out, said Oren Teicher, the chief executive of the American Booksellers Association and a 30-year industry veteran.

“Indie bookstores have always had fierce competition,” he said. “The thing that distinguishes indie bookstores is the engagement with the community they are in.”

Sarah Jackson, who grew up working at her mother’s bookstore in Winnipeg, Manitoba, knew about the importance of events when she opened McNally Jackson’s first store in Nolita in 2004.

“A lot of concepts came from what she always had done,” Ms. Jackson, 43, said. “That was a radical thing in New York. Now all the indies are doing it.”

McNally Jackson’s third and largest store, to open in August at New York’s South Street Seaport, will be able to accommodate hundreds of guests, Ms. Jackson said. A beer and wine bar she has designed will be added.

Owners are bolstering sales by stocking a diverse selection of nonbook merchandise, Professor Raffaelli said. “Independent bookstores have very little pricing power to change the price of printed books,” he said. “With these other items, they have the ability to set the price.”

Books of Wonder, a children’s bookstore that has been in business for 39 years and has two locations in Manhattan, has added book-inspired toys and gifts that are more profitable, said Peter Glassman, its 59-year-old owner and founder.

Janet Geddis, the owner of Avid Bookshop in Athens, Ga., sells nonbook items like magnets and stationery at both of her store’s locations. Avid also sells its own branded merchandise, including T-shirts and coffee, and offers book subscription memberships. Ms. Geddis, 39, said this merchandise made up about 18 percent of sales at the first location and 30 percent of sales at the second.

Adding these extras has helped strengthen the bottom line. Sales at independent bookstores rose nearly 5 percent in 2018, with average annual growth of 7.5 percent over the past five years, according to the American Booksellers Association. On average, its members are profitable, Mr. Teicher said.

Several other factors, including a “Buy Local” movement and faster shipments from publishers, have also propelled growth, Mr. Teicher added. And as the cost of technology declines, affordable bookkeeping and inventory tracking tools are helping booksellers run their businesses more efficiently, while social media lets them reach customers more directly, he said.

Thanks to Amazon, consumers are more comfortable shopping online, and some booksellers have been able to capitalize on stronger online demand. Monthly online sales at Books of Wonder are up an average of 70 percent, with demand “from around the world,” Mr. Glassman said. The company hired a new web manager last year, and its website is being revamped to feature more personalized book recommendations.

Despite the rebound, profit margins are slim. Costs for books and other products often total about half their sales; add in payroll, rent and other expenses, and profit for even the industry’s top-third performers is only about 8.8 percent on average, data from the American Booksellers Association shows.

That tight margin means there may not be any wiggle room left for, say, a big rent increase.

“We are profitable today. Business is good. And yet I still have to close,” said Chuck Mullen, 69, who with his wife decided to close Bookbook in New York’s Greenwich Village after 35 years because of an anticipated rent increase.

“The markup on books isn’t that great,” he said. “We can’t withstand that much of an increase. It’ll just kill our profits.”

For some, rising rent means finding a new location. Mr. Glassman plans to relocate his downtown store when his lease expires at the end of the year.

“The biggest problem every bookstore faces is rising lease rates,” he said, adding the minimum wage he pays employees has risen about 40 percent the past three years. “We have to sell more to handle the increase in rent and minimum wage.” 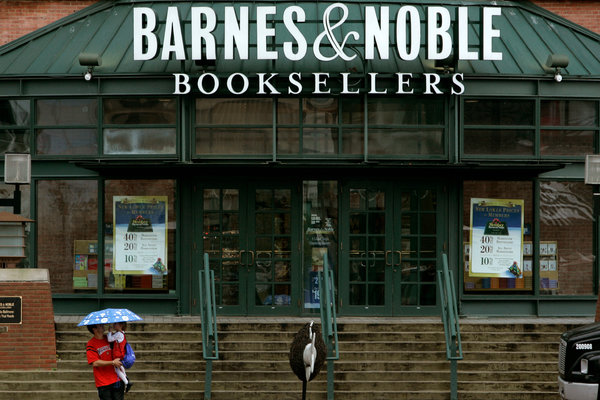 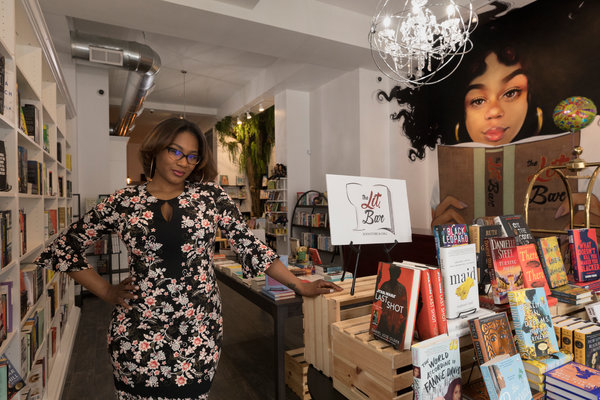 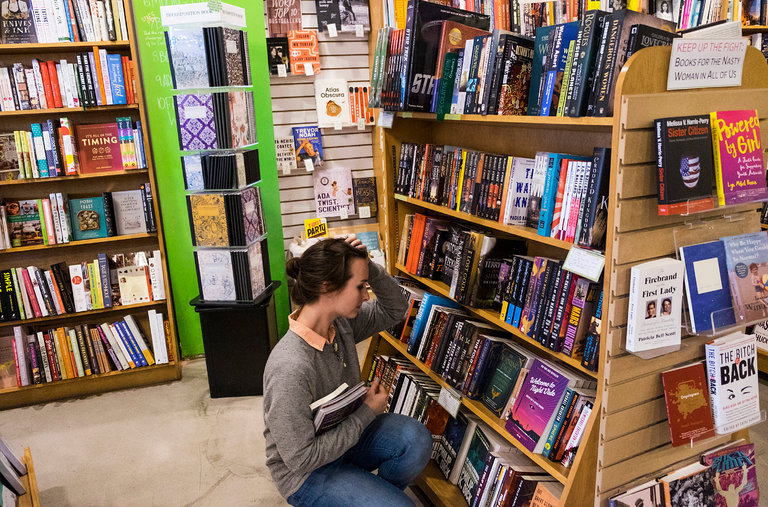 HelloFresh workers in Aurora say “no” to union

UK-Singapore FTA: What are the key benefits for businesses?