(Reuters) – U.S. stocks tumbled on Monday after warnings from Caterpillar Inc and Nvidia Corp added to concerns about a slowing Chinese economy and tariffs taking a bite out of U.S. corporate profits.

Shares of Caterpillar, the world’s largest heavy equipment maker, fell 9.13 percent and had their worst day since 2011 after the company’s quarterly profit widely missed Wall Street estimates, hit by softening demand in China and higher manufacturing and freight costs.

Caterpillar’s drop accounted for nearly a third of the Dow’s fall, and the S&P industrial index dropped 1.0 percent.

Nvidia tumbled 13.82 percent after the chipmaker cut its fourth-quarter revenue estimate by half a billion dollars on weak demand for its gaming chips in China and lower-than-expected data center sales.

“People had some optimism last week on earnings when numbers were pretty good, and today it’s clearly gone the other way. China is such a big part of so many companies’ earnings picture,” said Rick Meckler, a partner at Cherry Lane Investments, a family investment office in New Vernon, New Jersey.

As signs of a slowdown in the world’s second-largest economy become stark, investors are pinning their hopes for a compromise between Washington and Beijing on trade when officials meet on Wednesday and Thursday.

“With the Chinese economy struggling the way it is and with companies feeling the impact, the U.S. is also starting to realize that there is enough motivation to get a deal done. It’s just a question of when,” said Ryan Nauman, market strategist at Informa Financial Intelligence in Zephyr Cove, Nevada. 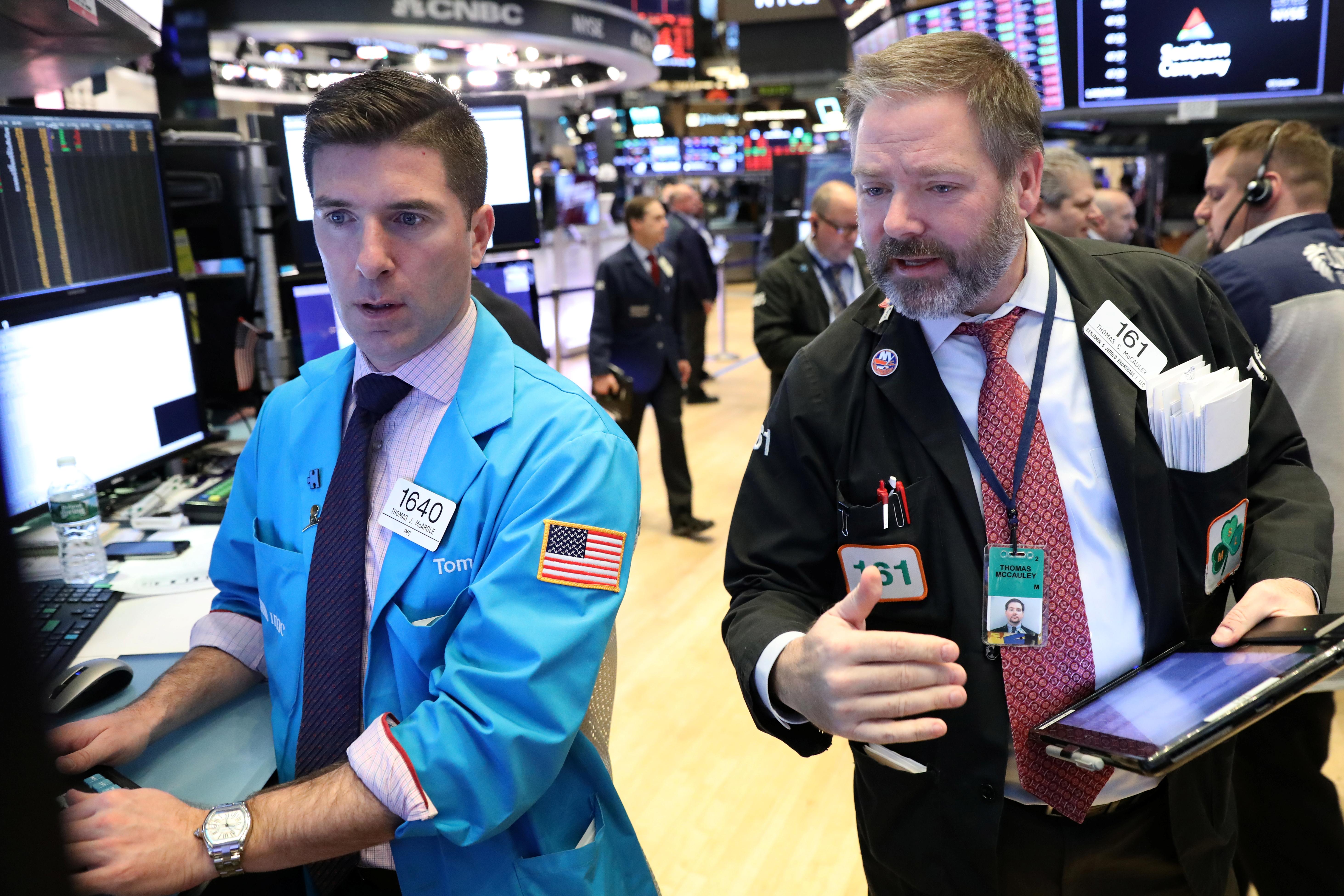 Although earnings have largely surpassed Wall Street’s expectations, helping the S&P 500 climb about 12 percent from its December lows, worries about slowing global growth have tempered expectations.

With Wall Street in the thick of quarterly results this week, 72.6 percent of companies that have already reported have exceeded profit estimates, according to IBES data from Refinitiv.

Since the reporting season began two weeks ago, analysts’ estimates for fourth-quarter profit growth have stayed steady at about 14 percent, but expectations for 2019 earnings growth have dropped to 5.6 percent from 6.3 percent.

Nine of the 11 major S&P sector indexes fell. Amazon.com Inc and Microsoft Corp each dropped nearly 2 percent, while Apple shares declined almost 1 percent, dragging down the S&P 500 and the Nasdaq. All three are set to report later this week.

The S&P energy index dropped 1.03 percent as oil prices fell after U.S. companies added rigs for the first time this year, a signal that crude output may rise further. [O/R]

Amgen Inc fell 3.43 percent, weighing the most on the Nasdaq Biotech index, after Evercore ISI downgraded its stock, citing heightened competition for its arthritis drug.

Declining issues outnumbered advancing ones on the NYSE by a 1.82-to-1 ratio; on Nasdaq, a 2.11-to-1 ratio favored decliners.

Volume on U.S. exchanges was 7.3 billion shares, compared with the 7.7 billion-share average over the last 20 trading days.

Stocks rise for fifth straight day as the Fed supports