China has pulled the plug on plans for a record-breaking $34.5bn (£26.5bn) stock market float by online finance giant Ant Group just two days before it was due to take place.

It came after the company’s bosses – including billionaire founder Jack Ma – were summoned to a meeting with regulators.

The Shanghai stock exchange cited regulatory changes and a possible failure to meet disclosure requirements – but commentators said the suspension was a political message from Beijing. Ant said that as a consequence of the Shanghai suspension its listing in Hong Kong – due to take place at the same time – would also now be put on ice.

The initial public offering (IPO) had been a huge draw and was heavily oversubscribed – with bids totalling $3trn from retail investors alone.

The $34.5bn raised outstripped the $29.4bn IPO of oil giant Saudi Aramco last year – though Ant’s overall market value of $313bn would have been much lower than other companies such as Apple.

The company operates mobile payments giant Alipay, which began life as part of Mr Ma’s online retail empire Alibaba before being spun off to create what would later become Ant Group.

Alipay, together with Tencent’s WeChat Pay, is one of two dominant electronic payment systems in China.

Ant has also expanded into the wider financial services market, with a rapidly growing consumer finance business, funnelling demand for loans to banks. 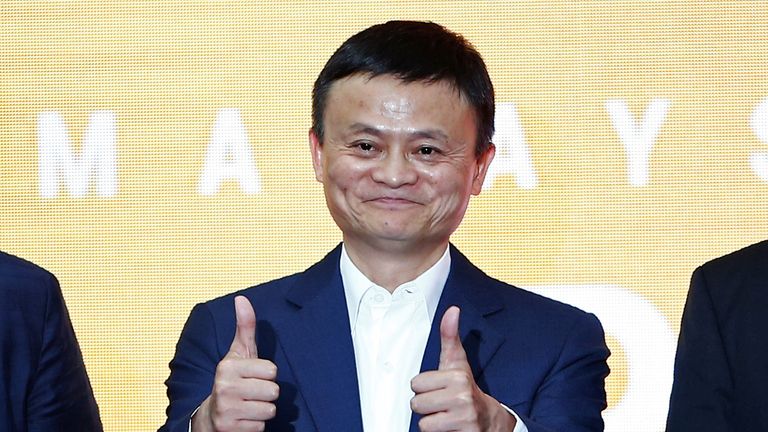 But Beijing has grown uncomfortable with such arrangements, which allow companies such as Ant to keep the risk from such loans off its balance sheet.

Under draft rules published in China earlier this week, online lenders would have to provide a greater proportion of loans they jointly fund with banks.

Analysts in China interpreted the suspension of the IPO as a slap-down for Mr Ma, who had wanted Ant to be treated as a technology company rather than a highly-regulated financial business.

The suspension saw shares in US-listed Alibaba, which still owns about a third of Ant, fall sharply.

Ant apologised to investors and said it would release details on applications for refunds as soon as possible.