SHANGHAI (Reuters) – The fresh escalation in the long-running Sino-U.S. trade dispute prompted a sharp selloff in Chinese markets last week with the yuan and banking and tech stocks hit particularly hard though some sectors, like farming, managed to outperform. 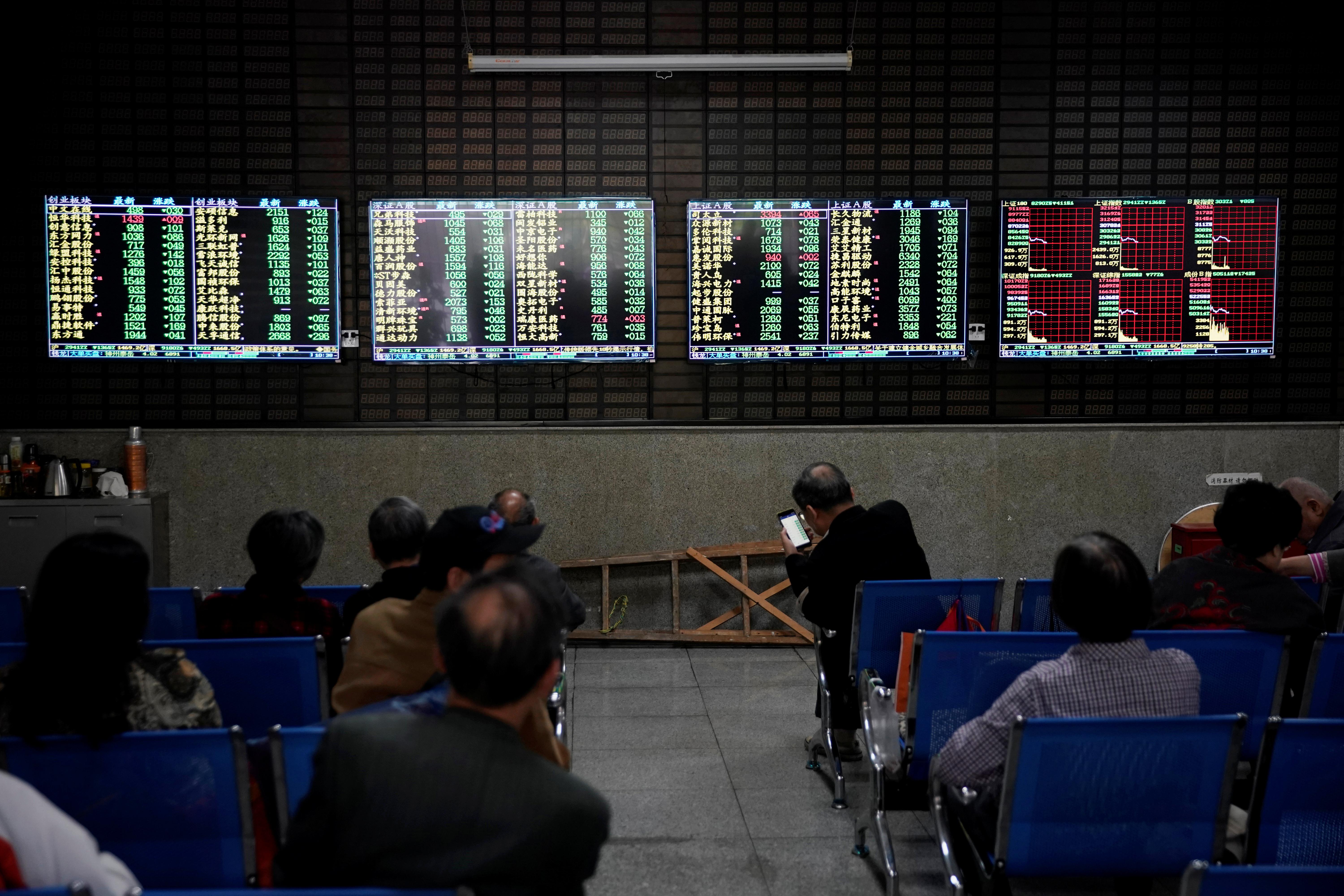 The market rout came after U.S. President Donald Trump raised tariffs on Chinese imports and Beijing retaliated with tariffs of its own. As result, the yuan is now off 2.5% so far this month.

A weaker currency and trade uncertainties have intensified outflows of foreign funds from the A-share market since April.

Foreign investors are a key part of the country’s equities market, holding a total of 1.68 trillion yuan ($244.41 billion) worth of A-shares as of end-March, up from 1.15 trillion yuan at end-2018, according to latest PBOC data.

As of May 17, foreign investors via the Stock Connect had sold about 36 billion yuan worth of mainland shares in May, snapping a five-month buying streak.

(GRAPHIC: Foreign outflows via the Stock Connect intensified in May – tmsnrt.rs/2WU9WNE)

Shares in the four biggest lenders have taken a beating on concerns they will be asked to lend more to prop up the growth.

“If there is no resolution to the trade dispute, the banks may need to increase lending while trying to maintain asset quality especially after the weak April data,” strategists at Jefferies said in a note.

Chinese banks cut back new lending in April after a record first quarter that sparked fears of more bad loans, but analysts say the central bank will have to sustain policy support through the year.

China’s information technology and telecommunications firms, which are heavily reliant on the global supply chain and hence seen as vulnerable to trade tensions, have seen a major correction since April.

China’s No. 2 telecom equipment maker ZTE Corp had tumbled as much as 67.4% in 2018 on a U.S. export ban that threatened to put it out of business.

Chinese video surveillance products supplier Hangzhou Hikvision, which derived 30% of its 2018 revenue from overseas operations, tumbled about 25% from a 10-month high hit on April 2.

Bucking the trend, agriculture firms gained as investors expect them to benefit from Beijing’s retaliatory tariffs on U.S. agriculture products.

As of Friday, the CSI China mainland agriculture index slipped 1.2% in May, a much more modest decline than the benchmark Shanghai index’s 6.4% fall over the same period.

Leading the agricultural sector, Hefei Fengle Seed surged the maximum allowed 10% on Friday to a near four-year high, more than doubling so far in May.

GM should emerge from pandemic with permanently lower costs: CEO