SHANGHAI (Reuters) – Speculators are staging a forceful comeback in China’s stock market, bidding up shares in loss-making companies as regulators ease rules around trading, fundraising and backdoor listings to prop up struggling bourses. 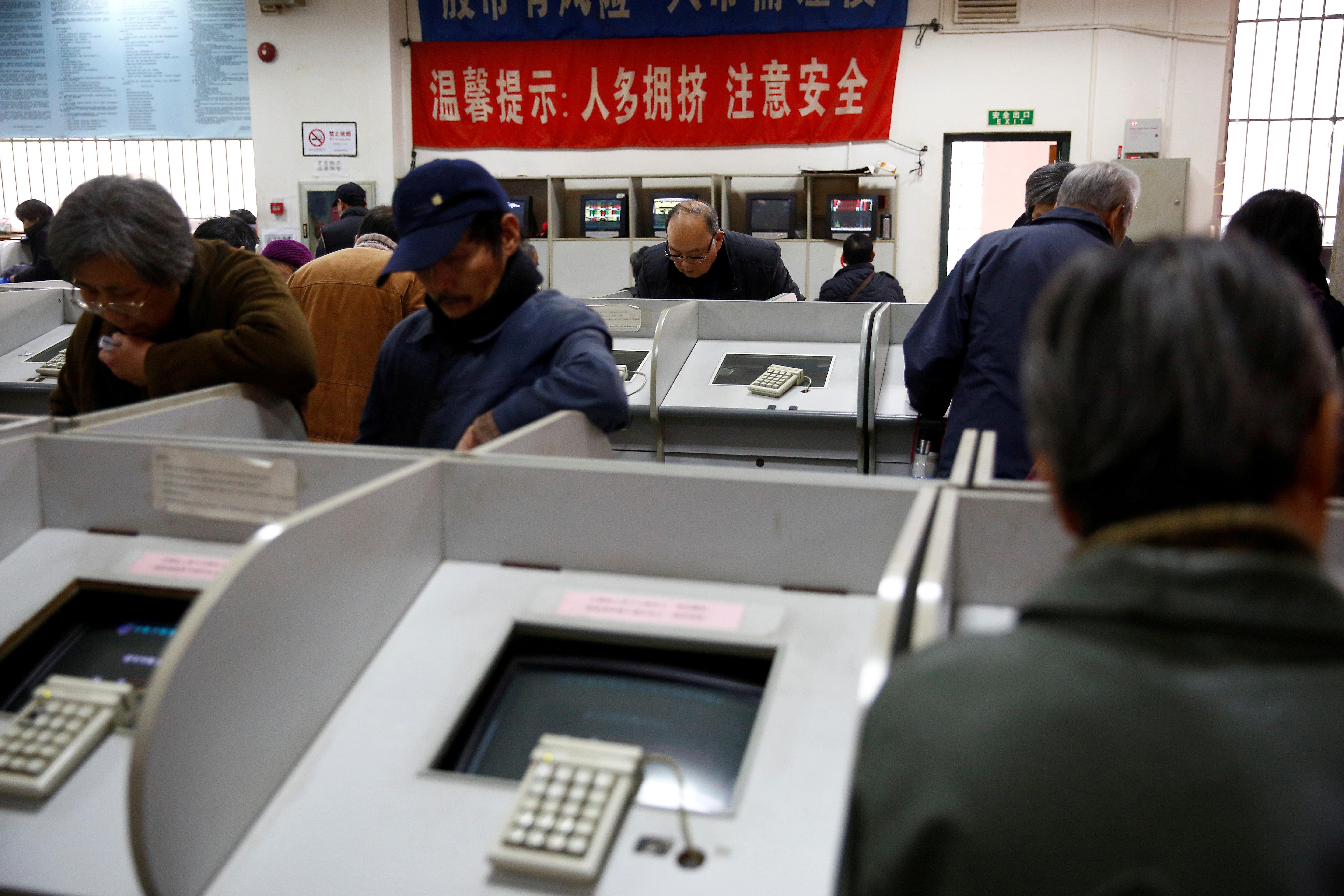 In a bid to stop the kind of market meltdown China saw in 2015-16, authorities are urging funds to invest in cash-strapped companies and encouraging others to do mergers and acquisitions (M&As).

The measures mark a reversal of the more restrictive curbs introduced two to three years ago, which were designed to prevent a repeat of the boom-and-bust cycle that triggered the last major rout.

The relaxations, however, have resulted in an immediate surge in speculative bets on possible acquisition targets and trading in small-cap shares.

For some, the moves simply clear unnecessary regulatory interference that inhibits robust and open capital markets. But for others, the new policies are a dangerous “Faustian Bargain” that delivers short-term stability at the expense of sustainable valuations.

“Currently, all the emergency measures are deals with the devil,” said Yuan Yuwei, partner at Water Wisdom Asset Management. Imploring speculators to rescue the market could set the stage for trouble, he added.

Over the past year, speculators have largely laid low due to a relentless crackdown on market manipulation and insider trading.

However, a pledge by China’s top securities regulator on Oct. 19 to boost market confidence through a series of measures has prompted a rapid return of the punters.

An index tracking so-called “Special Treatment”, or ST, stocks – loss-making companies that involve high risks or are candidates for possible delisting – has surged over 30 percent since Oct 19.

That compares with a mere 3 percent rise in the CSI300 index .CSI300, whose blue-chip constituents were market darlings last year.

One company that appears to have benefited is Hengli Industrial Development Group Co (000622.SZ), whose share price tripled over the past three weeks as investors bet on a possible acquisition.

Based on current profitability and valuation, investors buying the stock would need to wait 2,800 years to recoup investment through dividend payments. An investor relations official at Hengli declined to comment, saying the company had no undisclosed information.

Speculators have also piled into Changsheng Bio-technology (002680.SZ), the company at the center of a nationwide vaccine safety scandal that faces the risk of delisting.

A “special treatment” stock, Changsheng rose the maximum 5 percent on Thursday for the sixth consecutive session, despite the Shenzhen Stock Exchange flagging risks to investors. Changsheng could not be reached for a comment.

Between 2013 and 2015, lax regulation contributed to a boom in M&As and private share placements, which led to reckless expansion, overpriced deals, bubbly stock prices and mountains of inflated goodwill sitting on companies’ books.

Following the crash of 2015-16, the China Securities Regulatory Commission tightened scrutiny of share sales and M&As to prevent the rapid buildup of speculative positions.

The regulator’s moves in recent weeks, however, reverse these curbs. On Oct. 19, the CSRC said it had initiated fast-track approvals for M&A deals. The next day, it said it would support backdoor listings by companies whose applications for initial public offerings (IPO) are rejected.

And last week, the CSRC revised regulations to allow listed firms to issue additional shares more frequently, and for broader use.

However, Yuan, of Water Wisdom, said that relaxing rules to prop up companies that might otherwise fail is a concession to interest groups and a sign the government has been “kidnapped by populism”.

“If buying garbage companies can make a lot of money … who would be interested in blue-chips any more?”

The CSRC did not respond to Reuters’ request for comment for this story.

The Shanghai Stock Exchange said on Nov. 2 that it would seek to avoid interfering with trading, and vowed to largely refrain from restrictive measures such as suspending trading accounts. CSRC said on Oct. 30 it would reduce “unnecessary intervention” in the market.Retail investor Wu Beicheng said he welcomed what he saw as “corrective” measures by the government.

“Speculation is the lubricant of the market,” he said. “Without speculation, the market would be lifeless.”

Markets Soar on News of China Talks, but Hopes for Progress Are Low 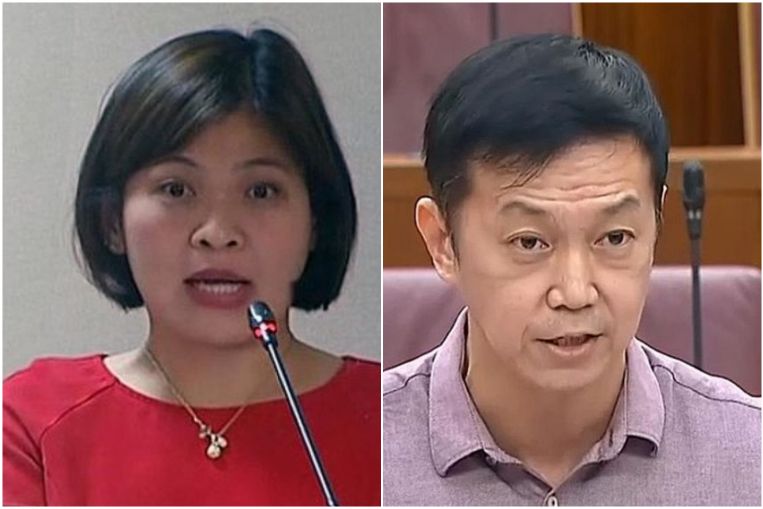 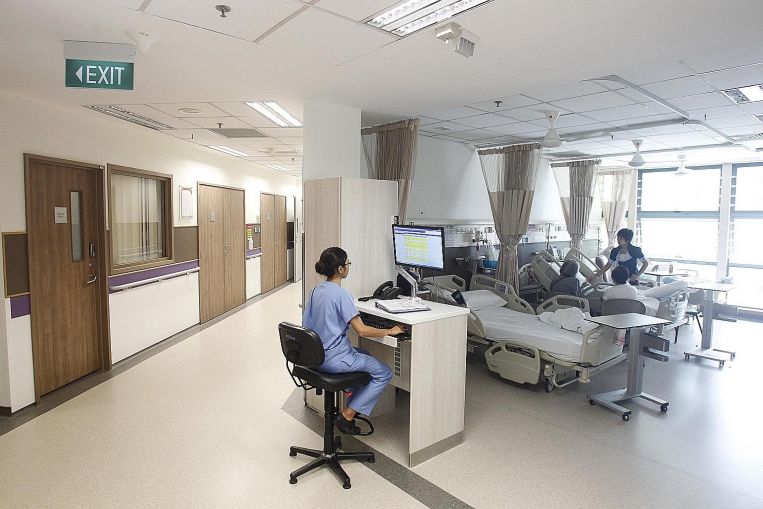