Considering the emotional and behavioral distress caused by COVID-19, it’s particularly fitting the guest speaker at Thursday’s gathering of the Lavelle & Co. women’s group is Dr. Sue Varma, a board certified psychiatrist in Manhattan and clinical assistant professor of psychiatry at NYU Langone.

“People are thinking, ‘Where do we go from here?’ What does the future hold?’ Or they’re reevaluating what’s important,” said Lavelle Olexa, founder of Lavelle & Co. and former Lord & Taylor fashion director, when asked what’s on the minds of her group members. “Some are becoming so accustomed to the isolation that even the idea of getting out, as they once did, is less appealing. There is some sense of despair.”

Speakers from all walks of life have appeared at Lavelle & Co., including futurist Edie Weiner, who discussed what’s ahead in technology; Kate Atwood, founder of Kate’s Club for grieving children, who discussed loss, and former Time Inc. and Fairchild Media executive Stephanie George, who talked about publishing in a pandemic. There have also been designers, models, attorneys and authors. Olexa keeps her group meetings small and intimate (and virtual since the COVID-19 outbreak) and encourages guest speakers to spark conversations rather than deliver speeches. The group, she said, is about empowerment, learning and making friends.

The Return of Elsa Peretti for Tiffany & Co

Varma will discuss “practical optimism for unprecedented times.” A frequent guest commentator on news and talk shows, Varma is writing a book on optimism and mental health, and is busy on social media with the handle @doctorsuevarma. In the following Q&A, she discusses the impact of the pandemic on creativity, productivity and motivation. 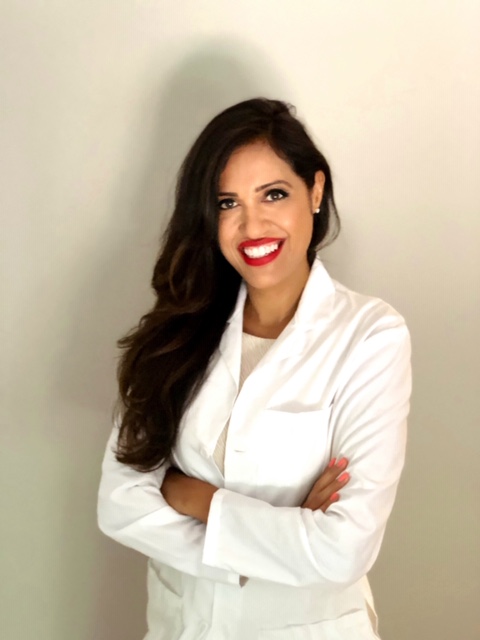 WWD: Discuss the facets that go into being creative — inspiration, concentration, memory. What’s going down the drain these days? What’s the psychology there?

Sue Varma: Inspiration and creativity require a certain amount of hopefulness and optimism to see possibility, and to feel as if the work matters not only today but also in the future. When we create anything, unconsciously it’s so we can leave a little piece of ourselves and a legacy behind. This assumes that there is going to be a normal, functioning world one day again. When our world view of safety and security is threatened, so is our creativity and productivity. We are flooded with fight, flight or freeze hormones [referring to cortisol, the stress hormone and adrenaline]. Some call it being in limbo; others consider it a purgatory. The uncertainty squashes our mojo.…People were joking when we first went into lockdown that there would be more babies born in a few months. I thought just the opposite. Sustained high levels of stress make us unable to feel relaxed, jovial, open and able to give and receive pleasure, connect, and feel inspired, romantic or amorous. In fact, it’s just the opposite. Many of the same mental states needed for creativity and productivity are also needed for love. We need to feel open, relaxed and inspired. Instead, many of us are left as anxiety-ridden insomniacs.

WWD: Are creatives any more impacted than, say bankers, lawyers or politicians?

S.V.: I think so. These are people who thrive on inspiration from the world around them. They are often sensitive individuals, in a good way. They are open to influence and ideas from others — from art, nature, pop culture, conversations with others. It’s important to their work. Big ideas never happen in a vacuum. We also need positive mood states to be more productive, efficient, motivated and precise.

WWD: Are managers finding it more difficult to motivate workers?

WWD: Are people questioning what they do for a living, their role in society, or their self-worth?

S.V.: The pandemic gives people time for introspection, about their family, career, future and much-needed rest and downtime. Many people realize that they want to be doing something more impactful in society, and altruistic. It’s a chance to reflect, pause, rebuild, pivot, reassess, reinvent. We have realized just how fleeting life is. How trivial most things we complain about are, how much we need other people, safety, control, how resilient we are and who our true friends are.

WWD: How are people handling working at home, rather than in the office or studio?

S.V.: It’s been very hard. Many offices are allowing people to come in at a reduced capacity, with masks. Those who have gone back are really happy, assuming their health conditions and personal life situations allow for it. Being able to work from home is also a luxury as many essential workers didn’t have a choice and that brought on its own level of stress. And people who have the good fortune of being able to safely work from home don’t want to complain. They might say to themselves, I have a roof over my head, so why am I so miserable. And to that I say grief and gratitude can coexist. You can be really sad or mad even though you have so much to be thankful for.

WWD: Are some people positively affected by the new lifestyle/work situations created by the pandemic? Could they be more creative or productive?

S.V.: Yes. I envy these folks. I’m an extrovert and thrive on my connections with people. That’s not to say that I also don’t like my down time. But it’s the idea of having choice. We took it for granted. And so much of our socialization was about micro connections — your doorman, the barista, your neighbor, seeing familiar faces. We had the ability to choose not to be social before. I know that for a lot of people who hated all the events and mingling their work required, or had long commutes, or whose health, sleep and well-being were de-prioritized because of work, they welcomed the opportunity to have more control over sleep, work and diet. Some of my patients have finally built time for hobbies, or to make meals for themselves. They feel embarrassed to admit they’re thriving in the pandemic when others aren’t, or that they’re simply relieved of social anxiety. But after awhile, the loneliness and isolation could feel unrelenting. And loneliness has major implications for our health. There’s a detrimental affect on the mind and body that’s been compared to smoking 15 cigarettes a day, which accelerates mortality and health issues.

WWD: In your professional experience treating patients, specifically creatives, what issues are arising? Are they finding it harder to work?

WWD: What feelings are being expressed?

S.V.: I’m seeing all of these symptoms — depression, suicidal behavior, feeling defeated, loneliness, isolation, lethargy. For some, loneliness and interpersonal conflicts were exacerbated. There’s been increased conflict with some people living in close quarters. A lot of couples have come to me about infidelity or reaching out to former flames. People in unhappy marriages are sometimes just as lonely as single people, if not more. I’ve seen a lot of women reach out for couples therapy. Loneliness can be exacerbated when you are spending more time with a partner with whom you don’t connect. Divorce rates have gone up. Child abuse and domestic violence as well. Our coping skills have been majorly taxed and tried. We know we are dealing with a marathon, not a sprint.

WWD: What’s some of the advice/counseling you offer to patients, who may feel depressed, unproductive or finding it difficult to work?

S.V.: Get help, often and early. Rates of depression and anxiety have gone up. According to an annual survey by the American Psychological Association, 70 percent of the population is experiencing high amounts of stress, which can lead to higher rates of depression and anxiety, insomnia, panic, increased alcohol and substance use. Get exercise daily, especially in the morning, like a morning walk before 10 a.m. I tell people you have to get outside. Being outdoors helped me maintain my sanity. See if you can volunteer or do things for other people — this gives us meaning. There are basic things that people should try to do daily. I call them the the four Ms of mental health — it’s movement; mastery, meaning something that keeps you creatively engaged; mindfulness, and meaningful engagement, or in other words, being focused in the present. 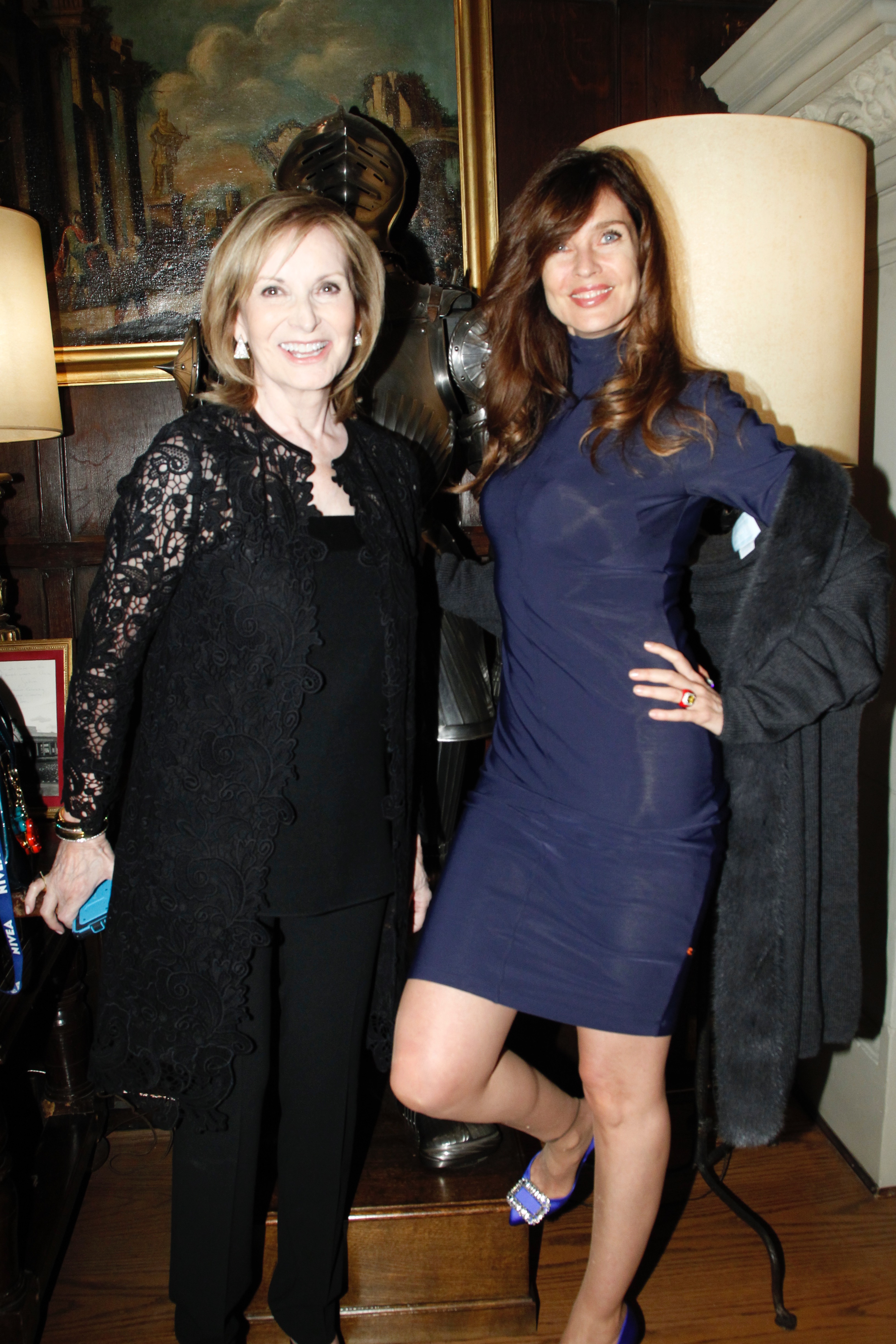 Exclusive: Airbus puts six jets made for AirAsia up for sale as crisis deepens