Home » Business » Criminal charges are filed against PG&E in a fatal California wildfire. 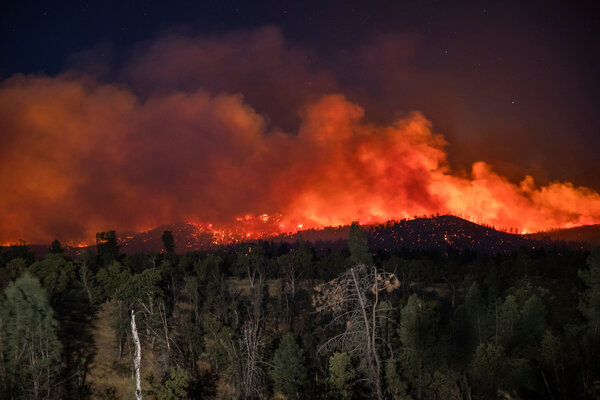 Prosecutors in Northern California filed criminal charges against Pacific Gas & Electric on Friday in connection with the deaths of four people last year in a wildfire that was linked to the utility’s equipment.

The Shasta County district attorney brought the charges — including manslaughter, along with other felonies and misdemeanors — in connection with the Zogg fire, which burned more than 56,000 acres and destroyed 204 buildings near Redding.

An investigation by the California Department of Forestry and Fire Protection determined that the fire was caused when a pine tree came into contact with electrical lines owned and operated by PG&E. PG&E said it had cooperated with the investigation.

“While criminal prosecutions of corporations is rare, one of the primary reasons to charge a corporation criminally is a finding that illegal behavior is widespread, it’s serious, it’s offensive and it’s so persuasive that the only appropriate action is criminal charges,” Stephanie A. Bridgett, district attorney for Shasta County, said at a news conference on Friday. “My office has made such findings.”

“PG&E as a utility has both statutory and regulatory duties to mitigate fire risks by removing hazardous trees from around their electrical lines,” she added. “In this case they failed to perform their legal duties. Their failure was reckless and was criminally negligent, and it resulted in the deaths of four people.”