FRANKFURT (Reuters) – Deutsche Bank and Commerzbank confirmed on Sunday they were in talks about a merger, prompting labor union concerns about possible job losses and questions from analysts about the merits of a combination. 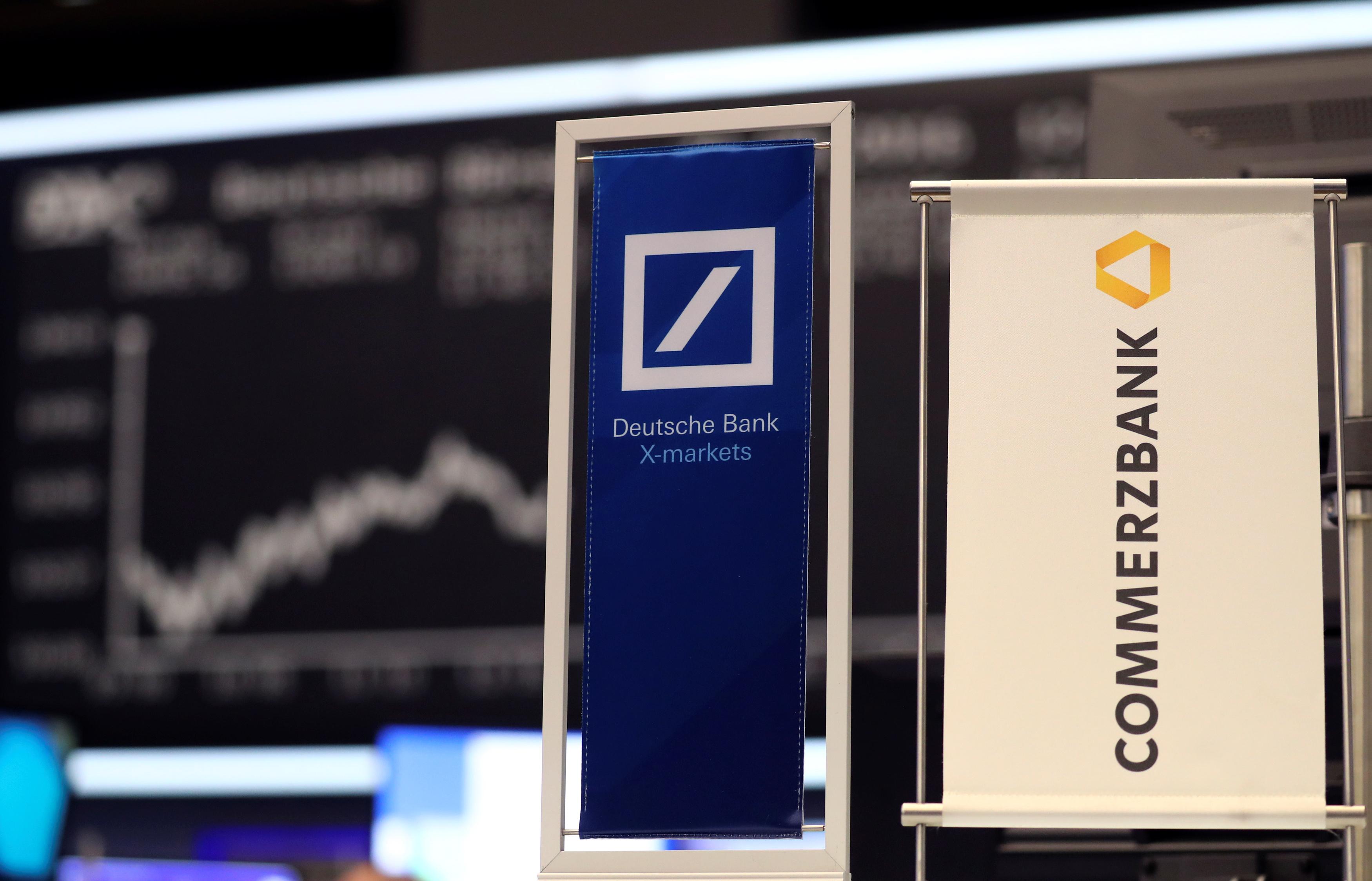 Germany’s two largest banks issued short statements following separate meetings of their management boards, a person with knowledge of the matter said, indicating a quickening of pace in the merger process, although both also warned that a deal was far from certain.

“In light of arising opportunities, the management board of Deutsche Bank has decided to review strategic options,” Deutsche said in its statement.

Sewing said many factors could still prevent a merger and a Deutsche spokesman said the talks were expected to last some time. Commerzbank described the outcome as open.

However, formal disclosure of talks appeared to boost the chances of concluding a deal first floated in 2016 before the banks opted to focus on restructuring.

The German government has pushed for a combination given concerns about the health of Deutsche, which has struggled to generate sustainable profits since the 2008 financial crisis.

The government, which holds a stake of more than 15 percent in Commerzbank following a bailout, wants a national banking champion to support its export-led economy, best known for cars and machine tools.

A merged bank would likely be the third largest in Europe after HSBC and BNP Paribas, with roughly 1.8 trillion euros ($2.04 trillion) in assets, such as loans and investments, and a market value of about 25 billion euros.

However, sceptics questioned the wisdom of a merger.

“We do not see a national champion here, but a shaky zombie bank that could lead to another billion-euro grave for the German state. Why should we take this risk?” said Gerhard Schick, finance activist and ex-member of the German parliament.

While the banks had not publicly commented on merger talks until Sunday, Finance Minister Olaf Scholz last Monday confirmed that there were negotiations.

On Sunday, the ministry acknowledged the announcement and said it remained in regular contact with all parties.

However, there were signs of political opposition.

Hans Michelbach, a lawmaker from the Christian Social Union (CSU), the Bavarian sister party of Chancellor Angela Merkel’s Christian Democratic Union (CDU), urged the government to sell its 15 percent stake in Commerzbank before a deal.

“There may not be an ownership by the federal government in a merged big bank indirectly through an old stake. We do not need a German State Bank AG,” he told Reuters.

The supervisory boards of both banks are scheduled to hold long-planned meetings on Thursday, four people with knowledge of the matter told Reuters. The status of merger negotiations is expected to be discussed.

A merged bank would have one fifth of the German retail banking market. Together the two banks currently employ 140,000 people worldwide – 91,700 in Deutsche and 49,000 in Commerzbank.

Germany’s Verdi labor union on Sunday renewed its objections to a merger, saying that tens of thousands of jobs were at risk and that a tie-up added no value.

Jan Duscheck, head of the union’s banking division and a member of Deutsche’s supervisory board, said the union would raise its concerns on both banks’ oversight bodies.

Deutsche emerged unscathed from the financial crash but later lost its footing. German officials fear a recession or big fine could derail the bank’s fragile recovery.

Other than Deutsche, Commerzbank is Germany’s only remaining big publicly-traded bank, after a series of mergers.

Commerzbank has also struggled to rebound, and German officials say it is vulnerable to a foreign takeover. If an international rival snapped it up, that would increase competition for Deutsche on its home turf.

Initial reaction among analysts to a deal was skeptical.

There will only be limited benefits of adding Commerzbank’s clientele of retail and small and medium businesses to Deutsche, said David Hendler, an independent analyst at New York-based Viola Risk Advisors, which specializes in risk management.

“It doesn’t change the fact that Germany is not getting a flagship bank that can compete on the world stage. It’s still a stunted bank with a lot of problems,” Hendler said.

One of the biggest risks is how to fill what one German official has told Reuters will be a multi-billion-euro financial hole because a merger could trigger an adjustment to the valuation of some bank investments.

Commerzbank, for example, has about 30.8 billion euros of debt securities such as Italian bonds that now have a value of 27.7 billion euros. A tie-up could crystallize this loss. Deutsche has such securities at market value in its accounts.