BERLIN/LONDON (Reuters) – Discount supermarket chains Aldi and Lidl look poised to accelerate their push into home delivery to satisfy burgeoning demand for online grocery shopping in a shift expected to endure beyond the coronavirus crisis. 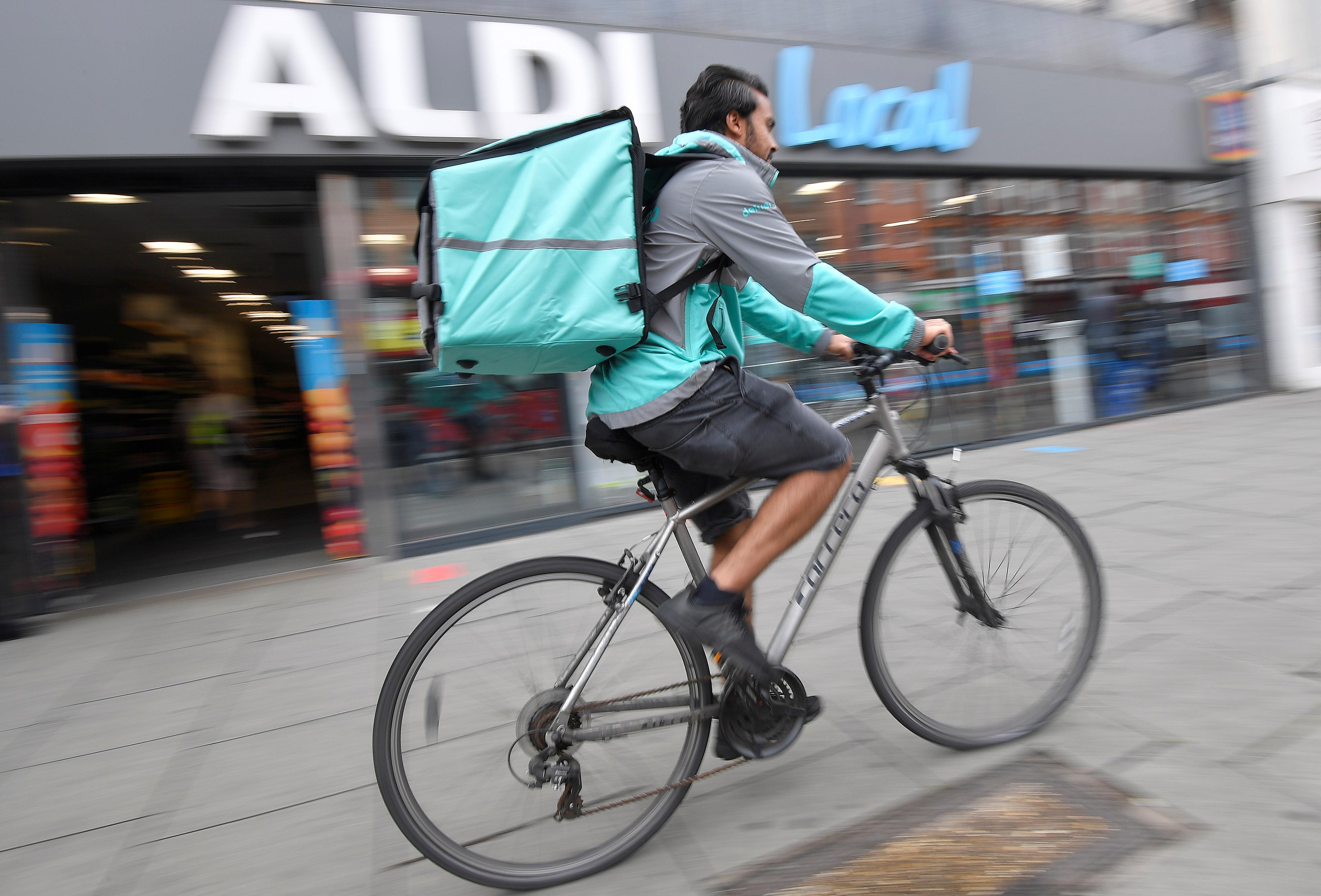 Before the COVID-19 pandemic the German duo had grown at breakneck speed, most notably in the United States and Britain. However, the rise in their market share has since stalled in Britain and slipped in Germany and France.

From the start of coronavirus lockdowns, they have been losing out to larger supermarkets as consumers make fewer shopping trips and opt for stores offering a wider choice and more branded goods, data from research companies Kantar and Nielsen shows. Home delivery and curbside pick-up services, meanwhile, are attracting many older customers for the first time.

That shift is prompting the discounters to focus their attention on previously tentative online efforts despite a long-held conviction that the high cost of delivering fresh food makes it incompatible with a business model reliant on low prices and minimal service.

“We’re expecting to see many more e-commerce developments from both retailers in the immediate future.”

The two family owned companies owe their success to the low prices they can offer because they keep running costs down by stocking a limited range of goods, boosting margins with a high proportion of own-label products and non-food special offers.

Aldi and Lidl have started to sell those higher-margin non-food ranges online in recent years, including the likes of garden furniture, clothing and even washing machines. But they have stopped short of delivering groceries themselves in most of their biggest markets.

However, customers are starting to demand home delivery in countries such as Britain, where online penetration of the grocery market has almost doubled to 13% since the arrival of COVID-19, according to market researcher Nielsen.

“It would make my life much better if Aldi just started doing online shopping,” said Shannon Read, who launched a petition to urge Aldi UK to start home delivery when she was struggling to get hold of baby formula during Britain’s coronavirus lockdown.

Aldi last week said that it has extended a trial of home delivery in partnership with Deliveroo. If that goes well, industry insiders say the service could be rolled out more quickly than an in-house solution because Deliveroo is already well established.

The company has also said it will extend curbside pick-up to 600 of its 2,000 U.S. stores by the end of July. It already offers U.S. home delivery nationwide through Instacart.

“Our curbside grocery pick-up pilot was quickly embraced by our customers and demand for this service has continued to increase,” Jason Hart, chief executive of Aldi in the United States, said in a statement.

Lidl, which opened its first U.S. stores in 2017, works with Shipt for home delivery there. It also signed up delivery partners in Spain and Ireland last year.

In Poland, Lidl has started testing a click-and-collect service at one of its stores, which should help customers to avoid social contact during the pandemic and limit waiting times, a spokeswoman said.

The cost of offering click-and-collect is lower than home delivery, while working with partners such as Deliveroo and Instacart helps the discounters to minimise investment in extra technology, logistics and transport.

The pandemic has also helped the economics of online grocery shopping. A broader customer base has reduced logistics costs because delivery vans can drop more orders in one area, while average orders have also jumped, almost doubling at Britain’s Ocado (OCDO.L). 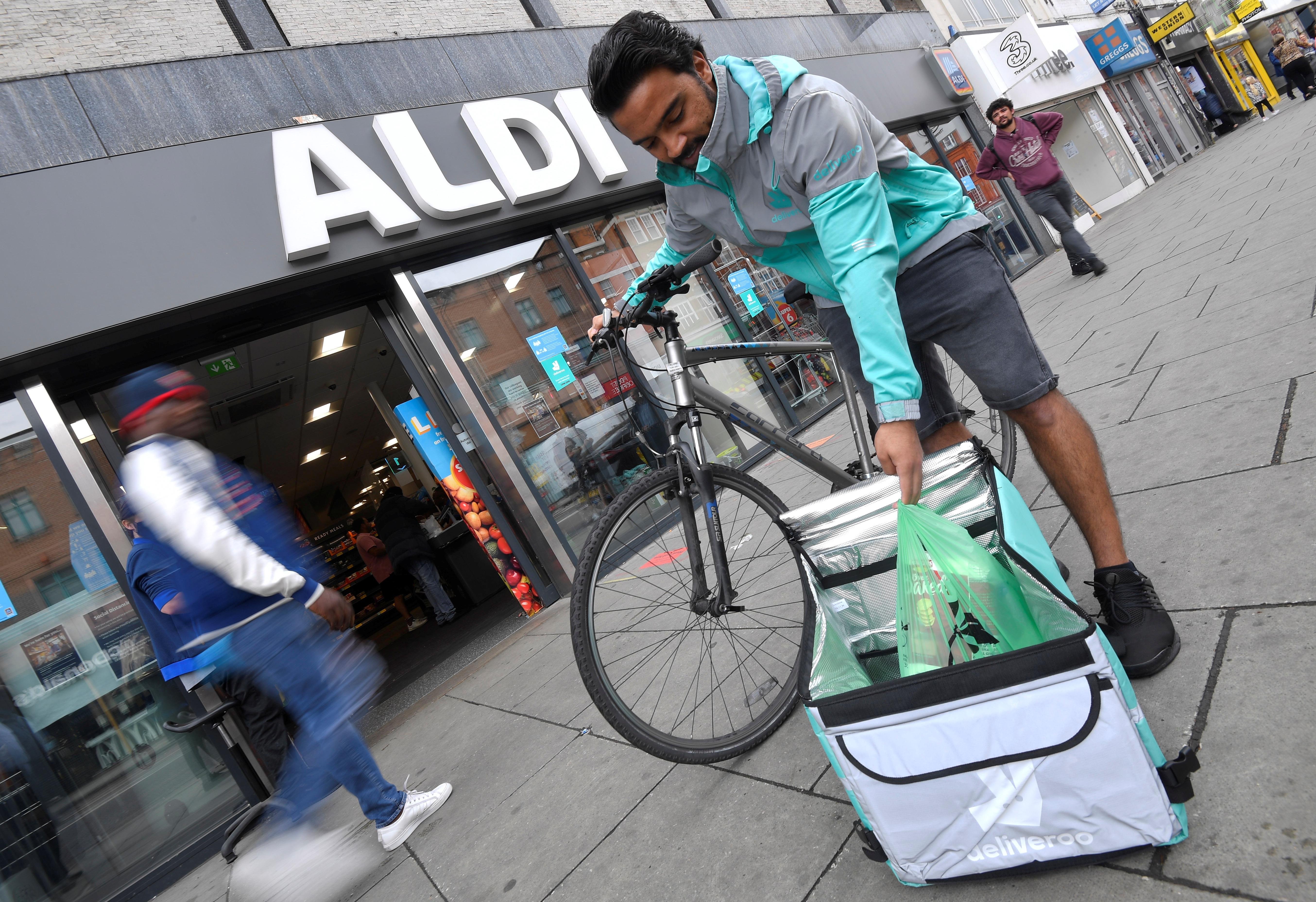 That sales boom looks likely to persist even after the crisis, given that e-commerce demand remains at elevated levels as lockdowns ease in the United States, Italy, France and Spain, according to data from analytics company IRI.

“It is a dilemma for discounters because the logistic costs are so high,” said Robert Kecskes, retail expert at market research company GfK. “But they will have to follow.”

For now, Aldi and Lidl representatives in Germany said only that the companies will continue to develop their online services. Lidl and Aldi Sued, which runs stores in the south of the country, declined to elaborate on any food delivery plans, while Aldi Nord, responsible for the north of the country, said it had no current plans to move into food.