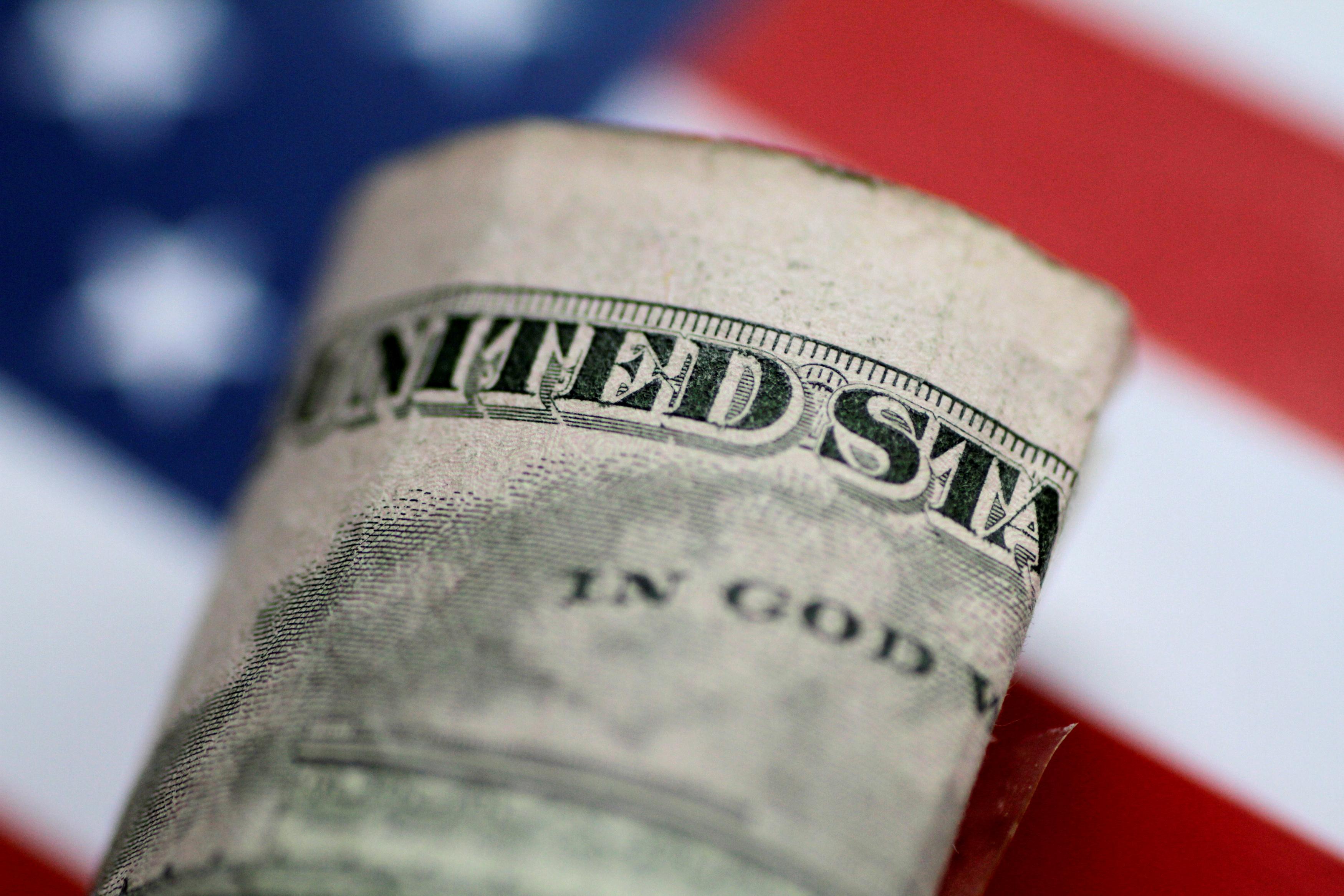 LONDON (Reuters) – The dollar consolidated overnight losses on Friday and is set for its biggest weekly drop in 10 months as the threat of a U.S. government shutdown and lower bond yields on the back of concerns of slowing economic growth weigh.

“I think the markets are focusing more now on U.S. economy-specific risk rather than global economy risks and that is weighing on the dollar,” said Thu Lan Nguyen, an FX strategist at Commerzbank in Frankfurt.

Against a basket of its rivals .DXY, the dollar was broadly steady at 96.247 but is set to fall 1.2 percent for the week, its biggest weekly drop since mid-February.

The dollar received little support from the bond markets, with yields on 10-year U.S. Treasury debt US10YT=RR settling at 2.80 percent, well below a more than seven-year high of above 3.2 percent hit in November.

Some liquidation of long dollar positions, one of the most crowded trades in global markets, was also evident a day after the Federal Reserve raised policy rates and delivered an outlook that was less dovish than traders had anticipated.

The safe-haven Japanese yen JPY=EBS benefited from the nervous sentiment, strengthening 0.2 percent against the dollar to 111.09 yen.

Adding to pressure on the dollar was news that U.S. President Donald Trump has refused to sign legislation to fund the U.S. government unless he got money for a border wall, risking a partial federal shutdown on Saturday.

Start-ups to grab $385b in global banking payments revenue by 2025, study says