LONDON (Reuters) – Confirmation of a new Brexit deal sent sterling to a five-month high on Thursday and hoisted European stocks to a year-and-a-half peak, before familiar doubts about British parliamentary support for the agreement hauled them back. 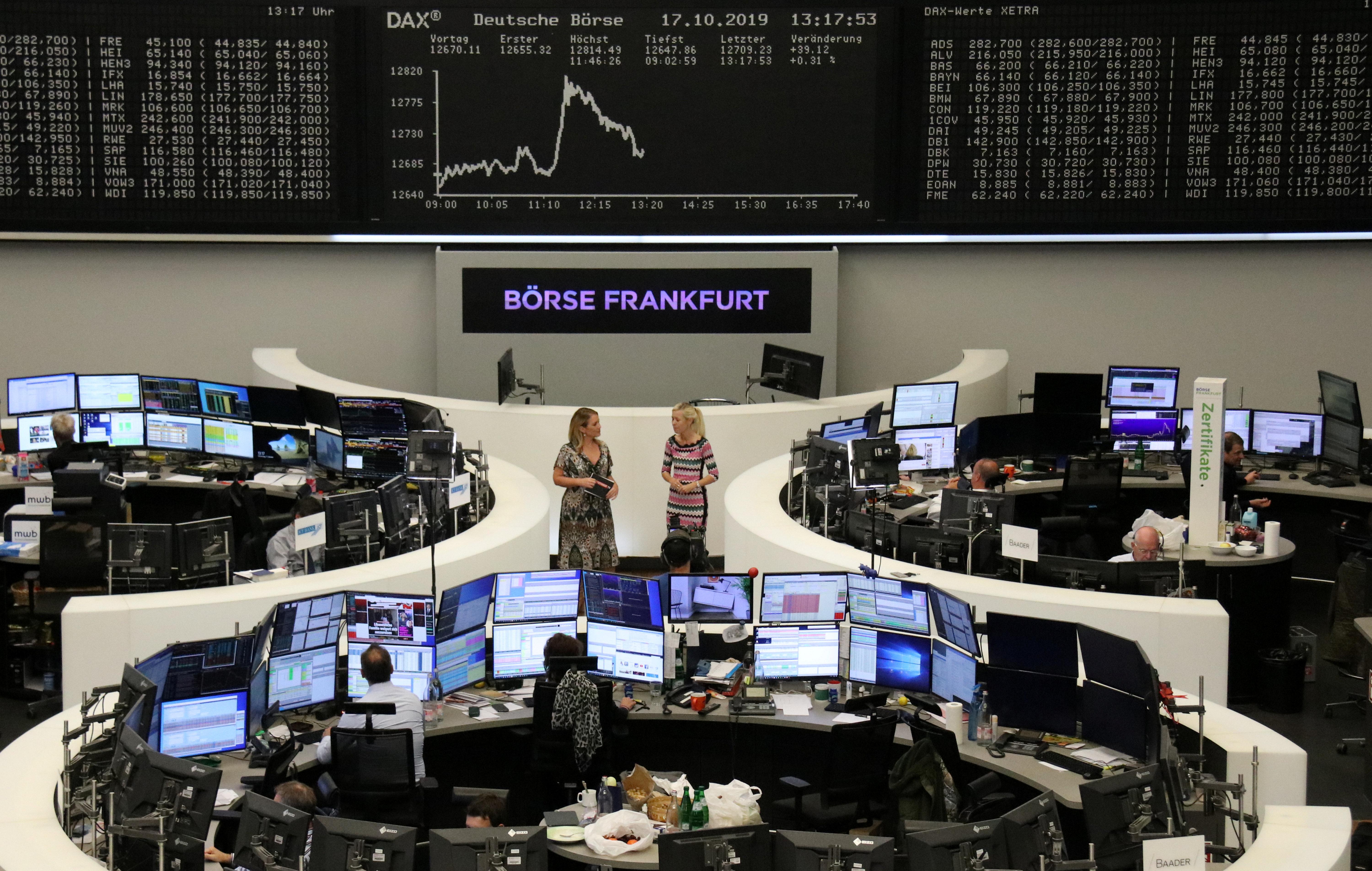 While the British government and the European Union may have agreed a deal, there is not a clear road ahead. The Irish border riddle remained a sticking point for Northern Ireland’s Democratic Unionist Party (DUP), which has refused to support the agreement.

That reduces the chances of British Prime Minister Boris Johnson winning parliamentary ratification for the deal.

Still, after weeks of negotiations, an agreement being struck was welcomed by British and EU leaders.

“We have a great new Brexit deal,” Johnson said.

“Where there is a will, there is a deal – we have one!” echoed European Commission President Jean-Claude Juncker as the news broke from Brussels.

Sterling, which has been the key gauge of Brexit sentiment all along, jumped as much as a 1% against the dollar, putting it on course for its best six-day gain in more than 30 years before the doubts and grumbles set it. [/FRX]

However market optimism faltered when the DUP said it could not support the agreement, torpedoing any hopes of a smooth passage through parliament.

“These proposals are not, in our view, beneficial to the economic wellbeing of Northern Ireland and they undermine the integrity of the union,” the party said in a statement.

Having ran up as far as $1.2988 GBP= sterling started to splutter badly and was back down under $1.28 by the time U.S. FX trading had started to gain momentum.

It also dropped back from a May high of 0.86 pence against the euro though the held on to a near- two-month high against the dollar of $1.1139 EUR= in its sixth day of gains in the past seven. [/FRX]

“Clearly we have been here before,” said Societe Generale’s Kit Juckes, referring to a divorce deal struck by former British Prime Minister Theresa May which was repeatedly rejected by lawmakers. “But if this were to pass I think we would see euro-sterling the other side of 85 (pence per euro).

London’s heavyweight FTSE .FTSE jumped 0.8% as the pound slid but the pan-European STOXX 600 lost most of its gains. UK Gilts GB10YT=RR, German Bunds DE10YT=RR, the Swiss franc, gold and most other safe havens also rebounded after selling off. [.EU]

It’s not all about Brexit.

Wall Street was expected to reopen higher as a strong start to corporate earnings, thanks to Netflix and Morgan Stanley, helped offset disappointment over weekly jobless data. [.N]

Emerging-market stocks .MSCIEF also gained for a sixth day – their longest winning streak since early April – after U.S. Treasury Secretary Steven Mnuchin said U.S. and Chinese trade negotiators were nailing down a Phase 1 trade deal text for their presidents to sign next month.

But U.S. retail sales fell for the first time in seven months, suggesting manufacturing-led weakness was spreading to the broader economy. U.S. consumption has been one of few bright spots in the global economy, so the data fanned concerns the trade war would ultimately tip the world into recession.

In commodities, oil prices slipped after industry data showed a larger-than-expected build-up in U.S. crude stockpiles, adding to concerns that global demand may weaken amid further signs of an economic slowdown.

Pence and Pompeo are expected to urge Erdogan to declare a ceasefire, something Erdogan says will “never” happen. U.S. President Donald Trump warned of “devastating” sanctions if discussions did not go well.

Turkish stocks were down 1.2% and the lira weakened to 5.8877 to the dollar TRY=. It has lost nearly 5% this month, making it the world’s worst performer for October.