WASHINGTON (Reuters) – The new director of the Consumer Financial Protection Bureau will continue with reviews, begun by her predecessor, of its public complaints database and how the agency enforces discriminatory lending laws, she told Reuters. 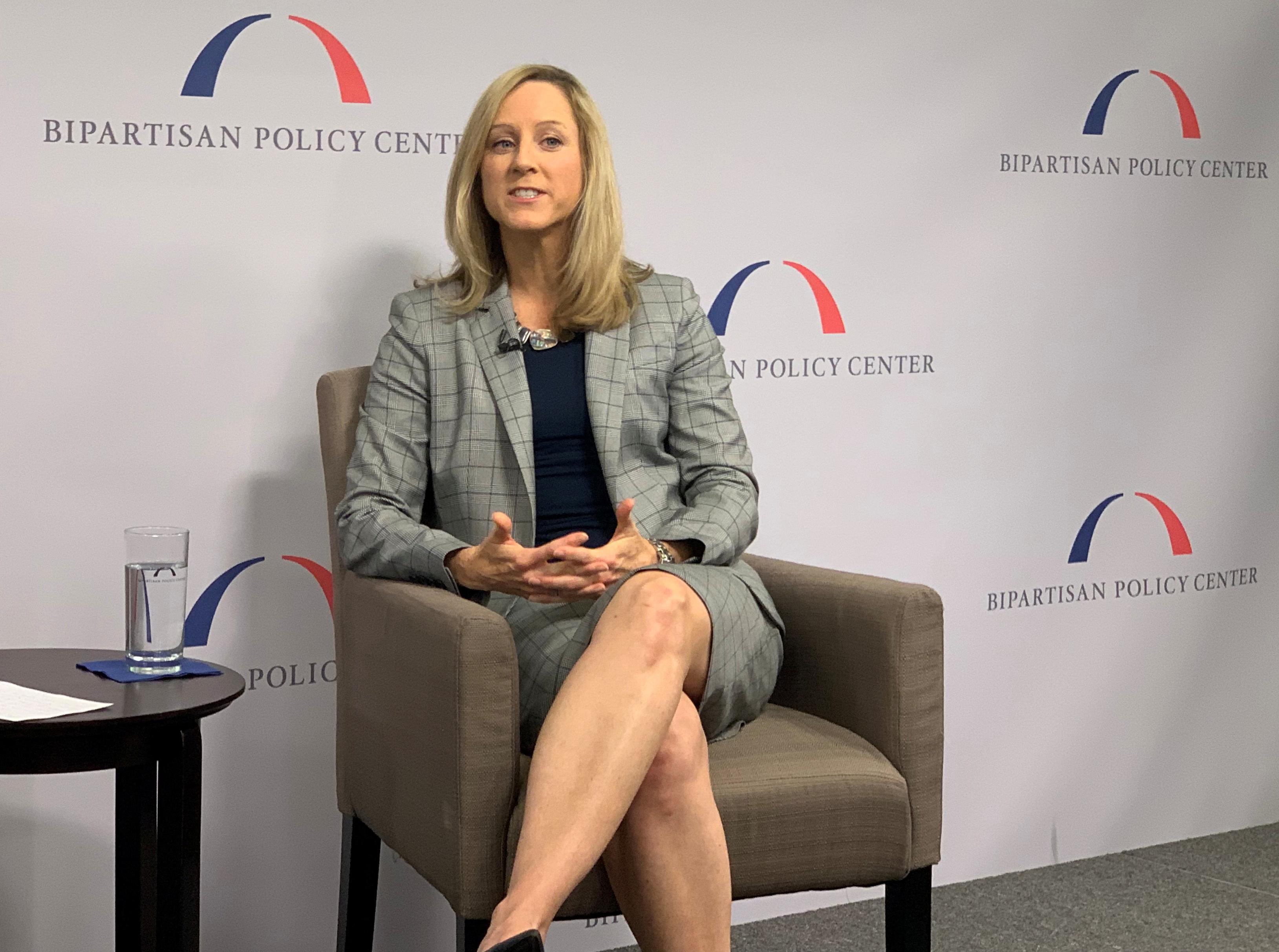 Speaking to Reuters in her first interview since taking office in December, Kathy Kraninger said the agency was discussing how the public complaints database, a key source of the bureau’s investigations, should operate.

“It is on the agenda this year to address what is the public kind of discussion about what the database should be,” she said on Wednesday.

The financial industry and consumer advocates have been watching closely to see whether Kraninger would continue with a number of controversial projects begun by Mick Mulvaney, formerly the agency’s interim director and now President Donald Trump’s chief of staff.

Kraninger acknowledged the database, which went public in 2012 to boost transparency of consumer issues, supported the bureau’s mission to protect borrowers, but did not rule out making it private.

Shielding the complaints from the public gaze would mark a major win for the industry, which has lobbied against being publicly named and shamed. However, it would spark opposition from consumer advocates and Democrats who say keeping it public encourages companies to address customer complaints.

Mulvaney, who worked with Kraninger in her previous role at the Office of Management and Budget, had questioned the policy of publishing the complaints.

Kraninger’s comments suggest she may continue with Mulvaney’s efforts to curtail the bureau’s powers, after the administration of President Barack Obama built it into a powerful watchdog.

Created in the wake of the 2008 financial crisis to crack down on predatory lenders, the CFPB sits at the heart of a battle between Democrats and Republicans over the future of consumer financial protections under the business-friendly Trump administration.

Republicans have argued since its creation that the agency was given too much power and was unaccountable. They set about overhauling the agency after taking it over in November 2017, including rolling back rules and reducing enforcement actions.

Democratic lawmakers have accused the administration of bowing to industry lobbyists and warn the changes could sow the seeds of the next financial crisis.

Mulvaney had also begun a review of whether the agency should continue to apply a legal tool known as “disparate impact” when enforcing laws that guard against discriminatory lending.

Disparate impact refers to a legal theory that allows regulators to prosecute practices that adversely affect one group of people compared with others, though the rules applied may on their face be neutral.

It had not been clear whether Kraninger would take on Mulvaney’s projects, or chart a new course.

Kraninger said the CFPB would continue to review whether it should build cases using disparate impact, which had served as the basis for discriminatory lending cases brought by the bureau under Democratic control.

“It’s controversial, but it need not be if we have a public discourse on what the lay of the land is, try to get the evidence in one conversation, and think of the next steps that are appropriate,” said Kraninger, adding the agency would discuss the application of disparate impact during public discussions over the coming months.

Kraninger told Reuters the bureau would focus enforcement efforts on “bad actors” who do not intend to follow the law, in a departure from the agency’s aggressive enforcement stance under Democratic control.

“It’s not a black and white issue,” Kraninger added. “I can tell you that at the end of the spectrum of what is a bad actor [are] clearly those who have no intent to comply with the law.”