Rupert Murdoch’s cable news channel said on Monday that it would revamp its daytime lineup starting next week, the week of President-elect Joseph R. Biden Jr.’s inauguration, adding another hour of right-wing opinion as a lead-in to its prime-time stars Tucker Carlson and Sean Hannity.

The changes, beginning Monday, come as Fox News has experienced an unusual ratings dip that began after Election Day. Pro-Trump viewers balked at the network’s early call of Arizona in favor of Mr. Biden, and its subsequent recognition of Mr. Biden as the rightful victor further alienated supporters of President Trump, who has insisted, falsely, that the contest was rigged. CNN has beaten Fox News in viewership over the past few weeks, according to Nielsen.

Notably, Martha MacCallum, a Fox News anchor who has been paired with Bret Baier as the face of the network’s political reporting team, will shift to 3 p.m. from her current, more desirable time slot.

Ms. MacCallum’s 7 p.m. program, “The Story,” had the ignominious distinction of losing one evening in December to Newsmax, a niche conservative network with a considerably smaller footprint than Fox News, in the key viewer demographic that determines ad rates. Newsmax has embraced Mr. Trump’s false claims about the election and until recently insisted that the president could still prevail. (Since that nadir, Ms. MacCallum’s viewership has consistently outranked Newsmax.)

The move opens up a coveted bit of television real estate. Fox News remains hugely influential among conservatives; last year, it was far and away the highest-rated cable news network overall. The network will audition several conservative hosts at 7 p.m., starting next week with Brian Kilmeade of the morning program “Fox & Friends.”

In addition, Bill Hemmer and Dana Perino, two Fox News hosts with a more strait-laced style than other personalities on the network, both lost their solo shows and will instead co-anchor a morning newscast from 9 to 11 a.m. (Ms. Perino will continue to co-host the afternoon talk show “The Five.”) John Roberts, who led the network’s coverage of the Trump White House, will become a daytime news anchor, joining Sandra Smith at 1 p.m. A new program hosted by Harris Faulkner, “The Faulkner Focus,” will air at 11 a.m.

Opinionated programming is expanding across cable news. MSNBC last year replaced the moderate Chris Matthews with the liberal host Joy Reid, and gave the commentator Nicolle Wallace an additional hour, bumping the “Meet the Press” moderator Chuck Todd to a slot earlier in the day. 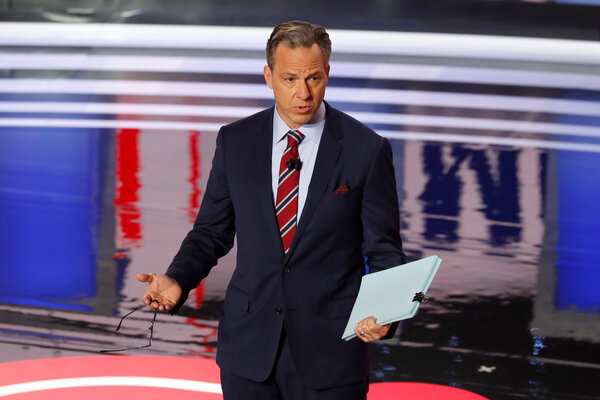 CNN on Monday said that the anchor Jake Tapper would expand his 4 p.m. program “The Lead” to two hours starting in April; he takes over an hour from Wolf Blitzer’s “Situation Room.” Dana Bash was named a co-anchor of “State of the Union,” CNN’s flagship Sunday program, where she will share hosting duties with Mr. Tapper. Abby Phillip, a star of CNN’s 2020 coverage, was appointed the anchor of “Inside Politics Sunday.” Kaitlan Collins will become CNN’s chief White House correspondent, replacing Jim Acosta, who is expected to take up an anchor position on weekends.