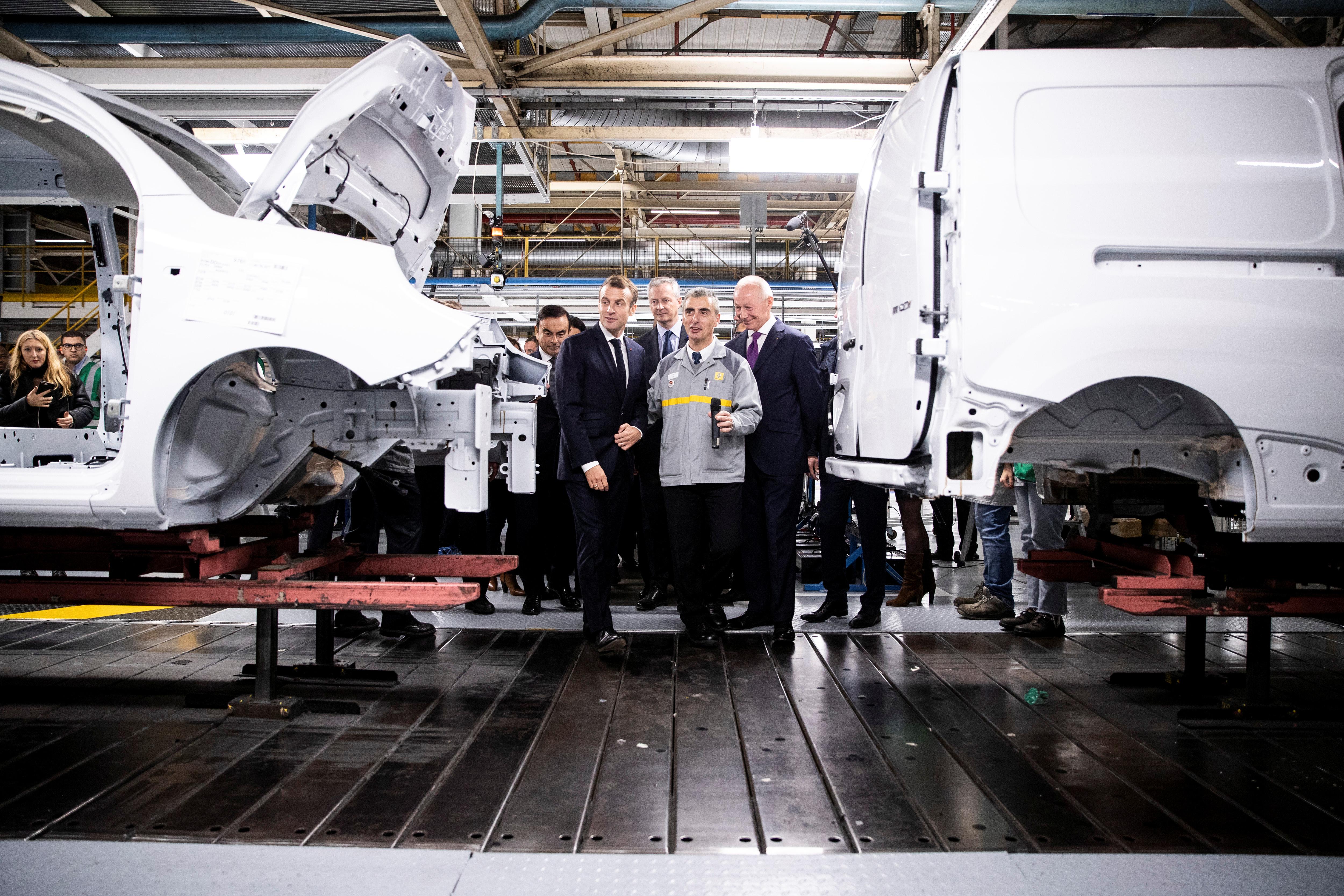 TOKYO (Reuters) – French President Emmanuel Macron said on Thursday there was no need for the government to lower its stake in Renault and that he wanted the Renault-Nissan alliance to work on strengthening its synergies.

Relations have been strained between the alliance members since the shock arrest in November of former boss Carlos Ghosn, but Macron referred to that as a “personal situation” that should not have a bearing on their partnership.

“Nothing in this situation justifies changing the cross shareholdings, the rules of governance, and the state’s shareholding in Renault, which has nothing to do with Nissan,” Macron told reporters.

Macron’s comment contradicts recent remarks by Finance Minister Bruno Le Maire that the government was ready to reduce its 15% stake in Renault in the interest of bolstering the automaker’s alliance with Japan’s Nissan Motor.