MSCI’s index of global equities .MIWD00000PUS fell 0.5 percent, dragged down by broad declines in Europe and Asia. On Wall Street, U.S. stocks initially moved higher after Commerce Department data showed the U.S. economy is on pace to grow by 3 percent this year but pared their gains and then turned lower.

Investor sentiment remained cautious. The Nasdaq has shed 19.5 percent from its August peak, just shy of confirming a bear market, while broad stock markets in the United States and Europe are on pace for the worst quarter since the financial crisis in late 2008.

“China is cooling and the euro zone is slowing down, and some of the economic indicators from the U.S. have been a bit soft recently, but yet the Fed hiked rates and suggested that two more interest rate hikes were lined up for 2019,” said Michael Hewson, chief markets analyst at CMC Markets in London.

He said speculation the U.S. economy could be headed for a recession has picked up, dampening global sentiment. “Fear about a U.S. government shutdown is playing into the mix too.”

“Friday will be a tense day in Washington, and for financial markets, as a last-minute compromise is sought.”

Adding to the air of crisis was news that U.S. Defense Secretary Jim Mattis had resigned after Trump announced a withdrawal of all U.S. forces from Syria and sources said a military pullback from Afghanistan was also planned.

Japan’s Nikkei lost 1.1 percent to close at its lowest since mid-September last year, after giving up 5.6 percent this week. Australian stocks slipped 0.7 percent, hovering just above a two-year trough hit earlier in the session.

The mood change has triggered a rush out of crowded trades, including massive long positions in U.S. equities and the dollar and short positions in Treasuries.

Lipper data on Thursday showed investors pulled nearly $34.6 billion out of stock funds in the latest week and were heading for the biggest month of net withdrawals on record. 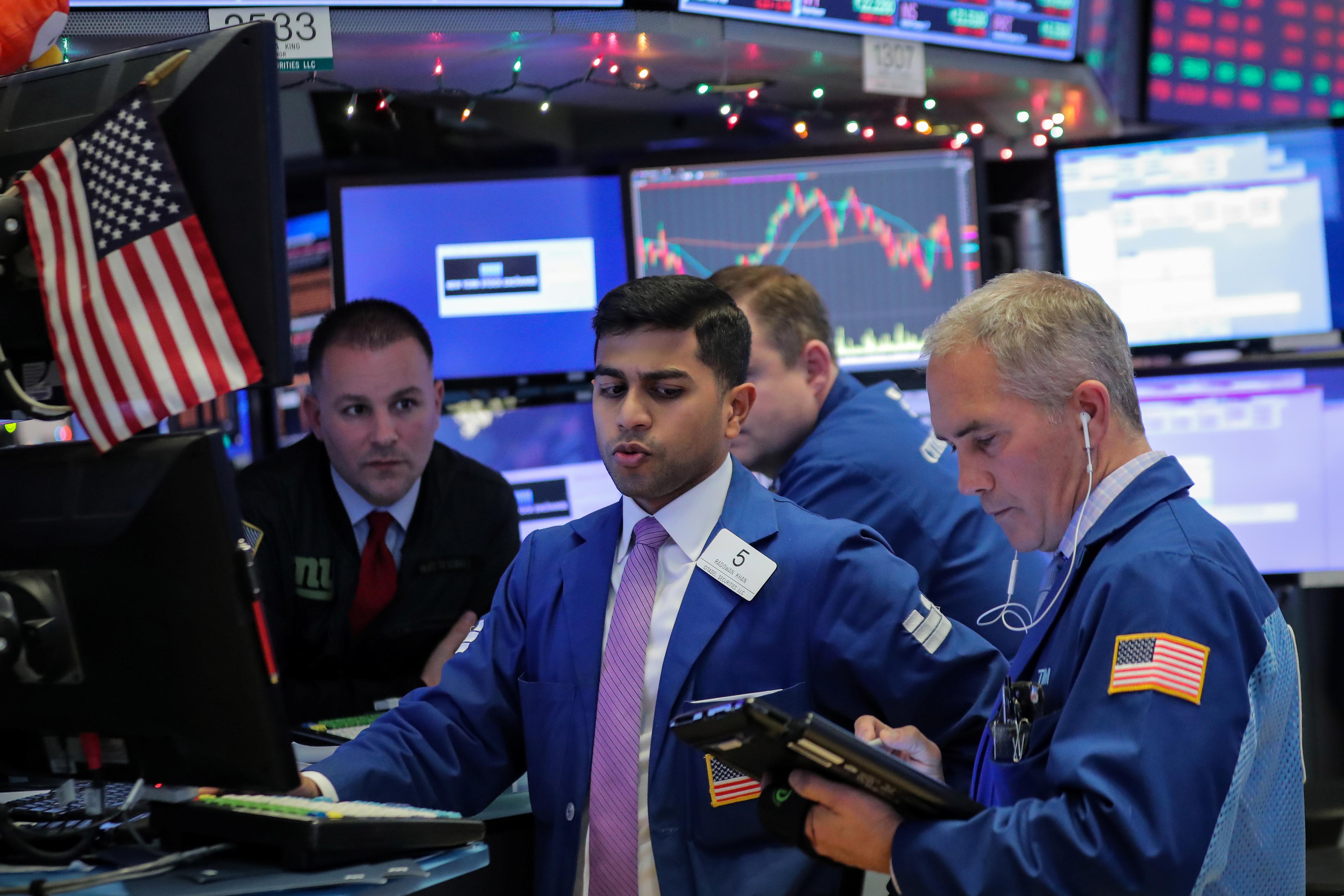 As recently as October, they had been at a seven-year high of 3.261 percent.