The Japanese company said it plans to write off its 300bn yen (£2.1bn) investment in the project. The decision comes after Hitachi’s British arm Horizon Nuclear Power failed to find investors to back the project.

Duncan Hawthorne, chief executive of Horizon Nuclear Power, said: “We have been in close discussions with the UK Government, in cooperation with the Government of Japan, on the financing and associated commercial arrangements for our project for some years now.”

He added he was “very sorry” that despite the best efforts of all involved they were “not able to reach an agreement to the satisfaction of all concerned”.

“As a result we will be suspending the development of the Wylfa Newydd project, as well as work related to Oldbury, until a solution can be found,” Mr Hawthorne added.

“In the meantime we will take steps to reduce our presence but keep the option to resume development in future.”

About 65 people are employed at its site in Angelsey and more than 300 at its headquarters in Oldbury, Gloucestershire. 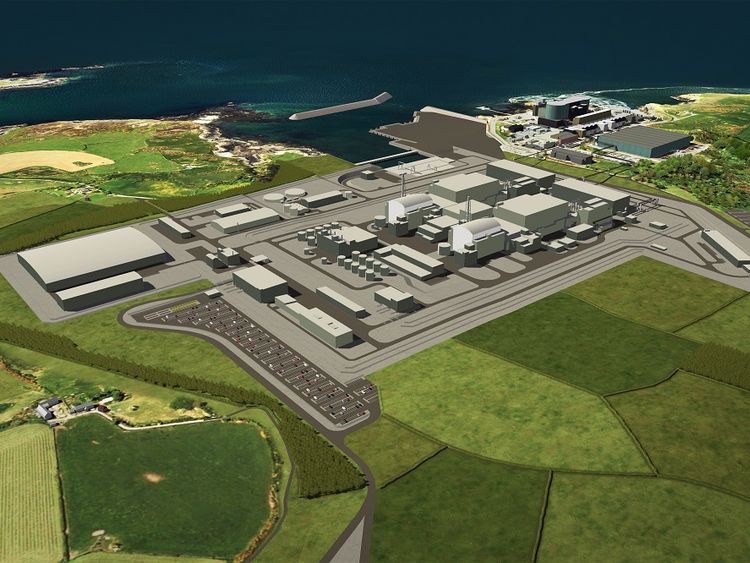 Those jobs will be “scaled back”, the company said.

Halting the scheme is a blow to the North Wales economy, with the plant expected to have provided 9.000 jobs at the height of its construction.

Once up and running by the mid-2020s it was set to create up to 850 permanent jobs, many of them highly skilled.

The 2900 MW plant, which under the proposals would be built on a site next to the former Magnox Wylfa power station, would have provided around 6% of Britain’s energy needs.

Its a setback to the UK government’s drive to move away from the reliance on dirty coal and meet global climate targets.

Towards the end of last year, Toshiba scrapped its UK nuclear venture behind the development of the planned Moorside power station in Cumbria.

The Japanese engineering firm revealed its NuGen project was to be shut down after its US reactor unit Westinghouse went bust.

Hitachi, which had been in talks with the government over the price it would receive for producing electricity, said its decision was taken from an “economic standpoint.”

A Business Department spokesman said: “As the Business Secretary set out in June, any deal needs to represent value for money and be the right one for UK consumers and taxpayers.

“Despite extensive negotiations and hard work by all sides, the Government and Hitachi are unable to reach agreement to proceed at this stage.

“This Government is committed to the nuclear sector, giving the go-ahead to the first new nuclear power station in a generation at Hinkley Point C, investing £200 million through our recent sector, which includes millions for advanced nuclear technologies.

“We are also reviewing alternative funding models for future nuclear projects and will update on these findings in summer 2019.”

“As coal is taken out of the equation in the next few years and the existing nuclear fleet reaches the end of its natural life after 50 years, decisions are already long overdue for construction to be completed in time and not leave the country at risk of power cuts or reliant on imported electricity, much of it from unreliable regimes.

“While the Government has had its head up its proverbial backside over Brexit, vital matters like guaranteeing the country’s future energy supply appear to have gone by the wayside.”