LONDON (Reuters) – European shares dipped on Tuesday as investors continued to harshly punish companies that missed expectations like Pandora, William Hill and Morrisons, while caution prevailed ahead of the U.S. midterm congressional elections. 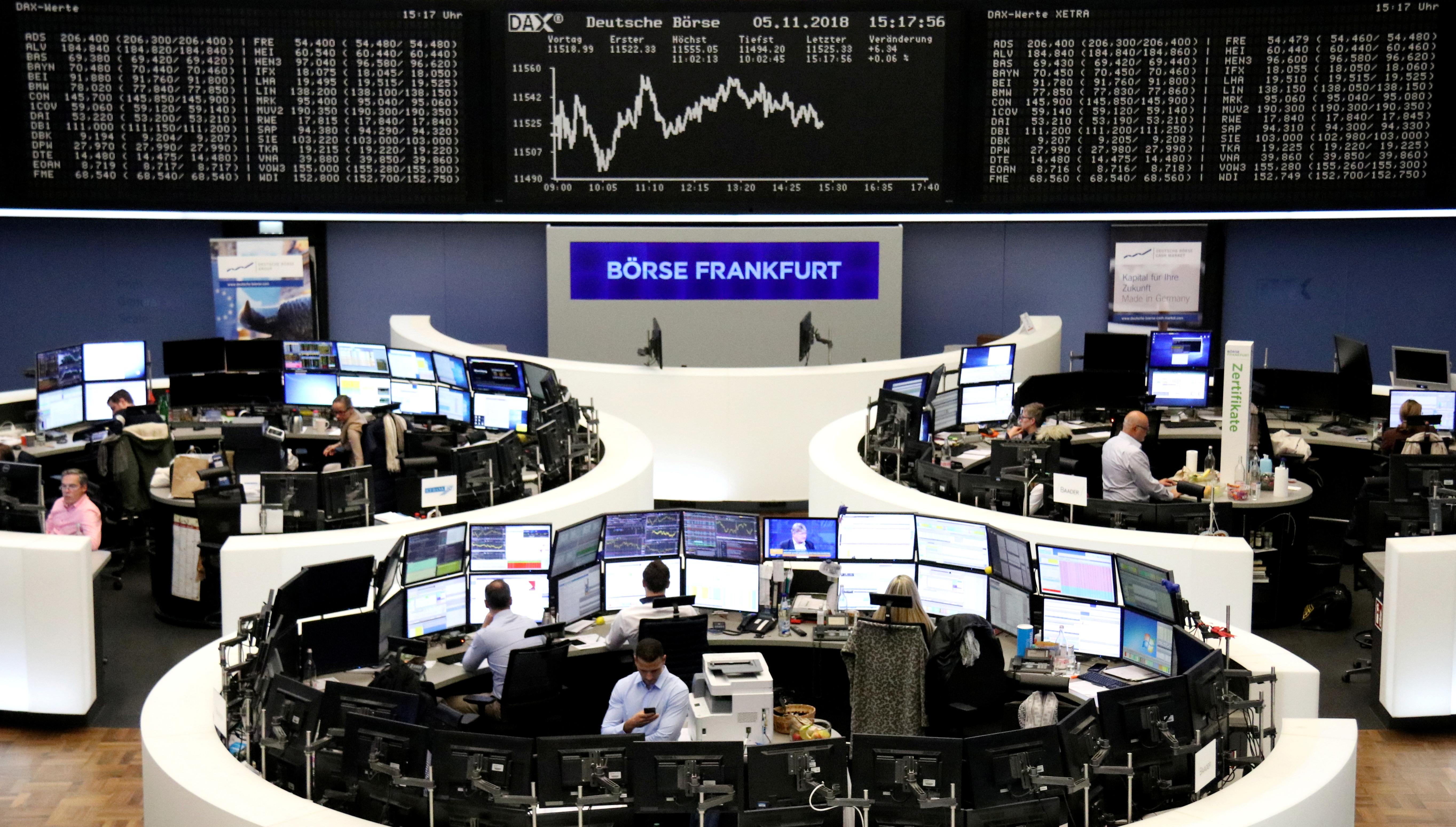 The pan-European STOXX 600 hovered around flat by 0825 while the euro zone’s leading index .STOXX50E dipped 0.1 percent, with little conviction in the market.

Shares in Pandora (PNDORA.CO) tumbled 8.3 percent after the Danish jewelry maker slashed its 2018 sales outlook for the second consecutive quarter, saying it would review its strategy and launch a new cost-cutting program.

Shares were set for their worst day in three months.

British gambling firm William Hill (WMH.L) slid 6.3 percent after it warned regulatory and tax changes would hit online profit this year and next.

More encouraging results gave a boost to some.

Staffing firm Adecco (ADEN.S) rose 4.6 percent to the top of the STOXX 600 after its results met expectations, with analysts saying the shares have been pricing in much of the euro area’s slowing economy.

Postal and logistics firm Deutsche Post (DPWGn.DE) gained 3.6 percent after its profit decline was less steep than analysts had expected, and beat the Reuters poll consensus.

The fall in profit was due to the cost of restructuring its post and parcel division.

Tobacco firm Imperial Brands (IMB.L) topped the FTSE 100 with a 2.1 percent gain after the maker of Gauloises and Winston cigarettes reported stronger-than-expected profit.