Lee Sims in Jersey City made it through the shutdown thanks to ingenuity and customer loyalty. It’s back just in time for the busiest season.

No trick: “It’s physics and chemistry,” the owner of Lee Sims Chocolates in Jersey City said.Credit…Victor Llorente for The New York Times

JERSEY CITY — Valerie Vlahakis, the owner of Lee Sims Chocolates, a mom-and-pop shop between a florist and a pharmacy on a scruffy block in Jersey City’s McGinley Square, eyed ghosts in her display window as she waited for patrons to return.

It was two days after Labor Day, but the 10-foot-wide storefront was already decorated for Halloween. After nearly six months of making do with online sales and curbside pickups during the pandemic, Ms. Vlahakis had unlocked the front door to welcome walk-ins.

No announcement was posted. It was a test. She wanted to see who noticed and rushed back for nonpareils and nougats. Inside, a skeleton staff scurried to fill empty shelves with winking pumpkin pops and hollow chocolate witches.

“Look at us!” said Ms. Vlahakis, a bespectacled septuagenarian. “It’s fall! Here we are!” 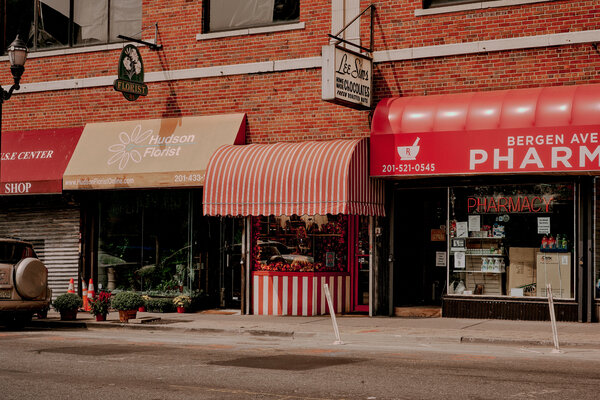 What the shop lacks in width it makes up for in longevity: The family business goes back seven decades at the site. Each year, Ms. Vlahakis and eight employees melt, mold, box and peddle 150,000 pounds of chocolate. On Valentine’s Day, the demand is such that Lee Sims devotees line up outside, on Bergen Avenue, and a stout worker enforces a one-in, one-out policy.

One February, a customer alerted Ms. Vlahakis that Mayor Jerramiah Healy was waiting in line. “I said, ‘And?’” she said. “He was fine standing out there like everyone else.”

Now Ms. Vlahakis must quickly make the transition from reopening to ramping up for the busiest stretch of the chocolatier’s calendar. By the time it’s two weeks before Christmas, the store will be sending out 250 packages a day.

It wasn’t always clear that Lee Sims would survive this year. Typically viewed as quaint, the store’s tight quarters became a liability in March as the coronavirus coursed through New Jersey. Ms. Vlahakis felt Covid-19’s toll when she received an increase in bereavement gift orders online, and her workers, several of them single mothers who commute on public buses, were nervous. In a business built on efficiently moving chocolate bunnies into children’s baskets, they knew Easter always brought shoulder-to-shoulder shopping down the aisle.

To remind Ms. Vlahakis of her inherited responsibility, she keeps a sign that reads “DON’T SCREW IT UP” above her desk. In short order, she halted the two manufacturing lines in the off-site kitchen, laid off workers and sent a mass email directing the 3,000 customers in her database to the store’s website, which was previously an afterthought.