LONDON – Sales at Mulberry declined 23 percent to 115 million pounds in the year to March 27, but the British handbag and accessories brand returned to profit during the pandemic, despite its physical stores remaining shut for much of the 12-month period.

Profit totaled 4.6 million pounds, compared with last year’s loss of 47.9 million pounds, reflecting growth in Asia-based and digital sales. The company also eschewed markdowns in the period, which boosted its profit margins, and made a series of economies, including layoffs during lockdown.

Mulberry, which is marking its 50th anniversary, is back in revenue growth mode. The company said that group revenue in the period to date is 45 percent ahead of last year, with retail revenue up 30 percent due to a strong recovery in the U.K., and continuing growth in Asia, with China retail sales up 46 percent.

“I have been immensely proud to lead Mulberry this year. In the last 12 months our teams have faced enormous challenges posed by the global health crisis and have responded with resilience, resolve and passion,” said Thierry Andretta, the brand’s chief executive officer.

“We have delivered a robust financial performance and have made good strategic progress in our journey to build Mulberry as a leading sustainable global luxury brand,” he added.

amfAR Cannes 2021: Inside the Gala 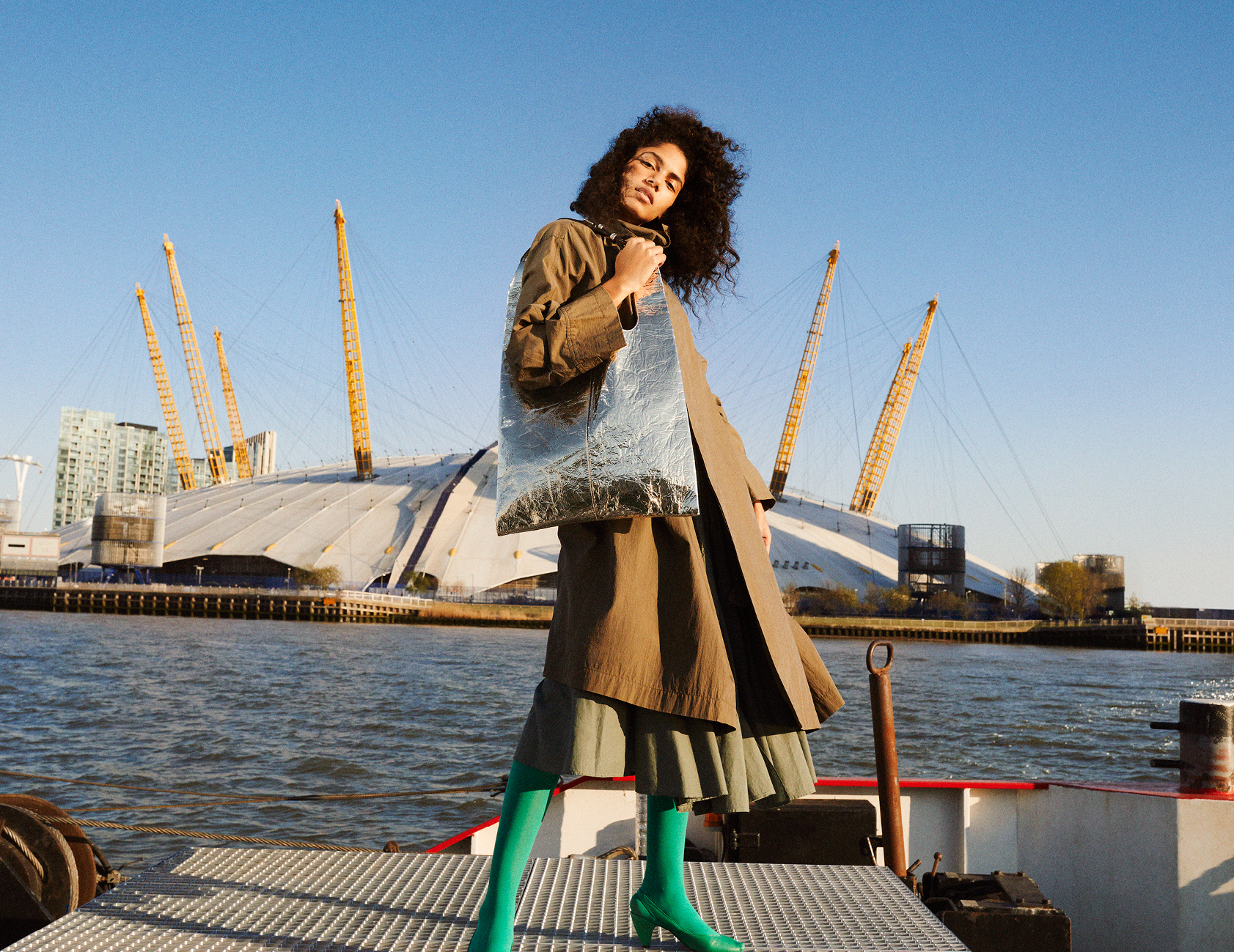 An image from Mulberry’s fall/winter 2021 campaign. Image Courtesy of Mulberry

Retail sales in the rest of the world were down 27 percent.

On an operating level, digital sales generated 49 percent of total revenue, compared with 24 percent in 2020, as customers migrated to online channels when stores were shut. During the year, the company also established a European distribution facility to support online sales post-Brexit.

During the 12-month period, the company also made strides regarding its sustainability agenda. It launched its Made To Last Manifesto with a commitment to transform the business to “a regenerative and circular model, encompassing the entire supply chain, from field to wardrobe” by 2030.

It noted that 80 percent of the collection is now made from leather sourced from environmentally accredited tanneries.

That figure will increase to 100 percent by the fall-winter 2022 season. Mulberry is also doing bag repairs at its Somerset, England, headquarters, restoring more than 10,000 bags a year, and has become an accredited Living Wage Employer, meaning that it pays an hourly wage that is higher than the government-mandated minimum wage.

The company also helped the COVID-19 relief cause by making PPE gowns and providing meals to those in need.

Liam Dann: Could we make Westpac a Kiwi bank?