(NYTIMES) – The Omicron variant of the coronavirus could be dangerous enough to disrupt the lives of virtually everyone on the planet. Or it could represent a blip in a long-running pandemic – a worry, to be sure – but a relatively minor one.

At this point, no one really knows. And given that uncertainty, the stock and bond markets are swinging haphazardly, like a weather vane before a storm, as the news about the new variant blows one way or another.

That is not stopping economists and market strategists from issuing precise forecasts for the year ahead. Wherever the pandemic may be heading, it is crystal ball-gazing season again on Wall Street.

It is the time of year when forecasters fire up their algorithms and release streams of projections that will tell you precisely where the S&P 500 will close in 2022, where the 10-year US government bond yield will end up and how high the inflation rate will be.

There are myriad forecasts with specific numbers – and if any of them turn out to be correct, it will be an accident.

Year after year, market predictions run headlong into a basic problem: It is simply impossible to forecast the economy or the markets with accuracy and consistency, as many academic studies have shown – and as I have pointed out in previous Decembers.

Last year, for example, I noted that the median Wall Street forecast from 2000 through 2020 missed its target by an average 12.9 percentage points – which was more than double the actual average annual performance of the stock market.

For 2021, Wall Street’s predictions are off the mark by even more than that.

But by Dec 3, even after the stock market took a pounding in response to news of the first confirmed Omicron case in the US, the benchmark index stood above 4,500. That placed it about 20 per cent above the median year-end forecast.

The market may well drop enough by the end of December to make last year’s annual prediction look better than it does now – but if that happens, it will be because of random chance, not because of Wall Street clairvoyance.

Where will the S&P 500 close at the end of 2022? The current Wall Street consensus is 4,825, which would represent a minor increase over current levels. But I would not count on it. Forecasters cannot predict the market even one day ahead.

The S&P 500 has been oscillating with heightened volatility ever since it declined 2.3 per cent in light trading on Nov 26, which was Black Friday in the US and the first trading day after an Omicron case was reported in South Africa.

Until then, the prevailing narrative in the markets appeared to be that the global economy was recovering smartly from nearly two years of pandemic shocks.

Rising inflation, labour shortages, supply chain bottlenecks and the Federal Reserve’s likely response to these issues were the biggest problems on the horizon for the markets in the US.

They may still be, if Omicron turns out to be relatively benign. Or the various issues may intertwine: A virulent Covid-19 surge could shock the economy sufficiently to reduce inflation, slow overall growth and delay the monetary tightening that is increasingly being signalled by the Federal Reserve and other central banks. But this is merely speculation.

Although the World Health Organisation has already declared Omicron to be “a variant of concern,” it will take time before a scientific consensus emerges on exactly how transmissible Omicron is and whether it is more able to evade the protections of current vaccines or more likely to cause severe illness than other forms of the coronavirus.

These unanswered questions are impacting the plans of millions of people and the movements of the markets, moment by moment.

Traders are, understandably, confused. And despite the air of omniscience pervading many of the longer-term forecasts being issued these days, there is reason to believe that just about everyone churning them out knows that their ability to see into the future is quite limited, to put it politely.

For example, at the end of an annual outlook session conducted online recently, I asked a group of experts at BNP Paribas, the global banking giant, whether they believed their predictions could possibly be accurate, given the inability of humans to forecast the future. And if they were not confident in their forecasting abilities, why did they even bother?

Their answers were candid and, I think, quite reasonable.

Global head of strategy and economics research Olivia Frieser said: “These are our best efforts in having a framework and giving our views” to clients, who want to know what the strategists think.

“The numbers are meaningless in a sense,” he said, and continued, with an engaging smile: “Whenever I make a forecast – and I have done this for a number of years – I know it is going to be wrong.”

But, he added: “The numbers are an illustration of where things are going.” And they provide grounding, he said, to “have a thematic discussion with our clients”.

People in finance are frequently well-informed, even if their specific predictions cannot be counted on.

Bank of America’s year-end forecast is intriguing, for example. It signals trouble ahead in the US stock and bond markets, predicting that the S&P 500 will be virtually flat over the next year.

I would not give that claim much credence, because until September, Bank of America predicted that the S&P 500 would end this year at 3,800. When the market surpassed that level, the bank raised its 2021 forecast belatedly, with the benefit of hindsight.

But Bank of America’s perspective has been consistent in this sense: It is negative about the US stock market.

In an online presentation last month, Bank of America’s head of US equity and quantitative strategy Savita Subramanian said the bank’s computer model for the S&P 500 “is now spitting out negative returns for stocks for the next 10 years”.

The current bull market has taken stocks to giddy heights and valuations are out of whack, she said. Over the long haul, that implies lower returns.

Long-term projections over a decade or longer have been shown to have greater accuracy than shorter-term ones, and I would take that projection as a sober warning.

Over the past 12 months alone, the S&P 500 has returned about 25 per cent, including dividends, pushing the market up to levels that may not be sustainable.

I do not know when it will happen or how, but at some point, the stock market will come back down to earth. That is a prediction you can count on.

What a hard Brexit would mean for trade between Britain and the United States. 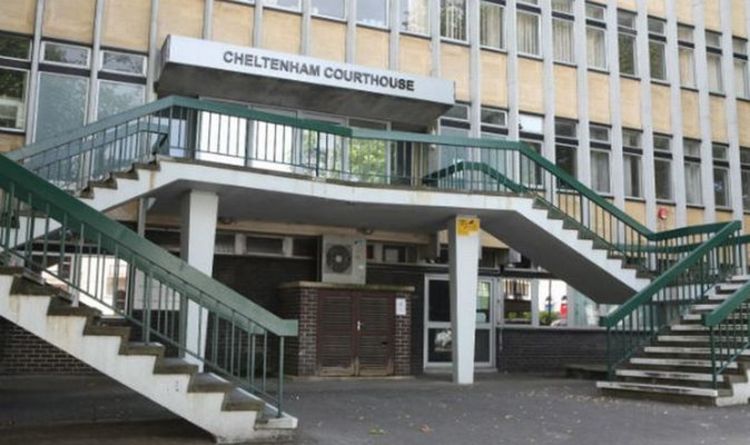