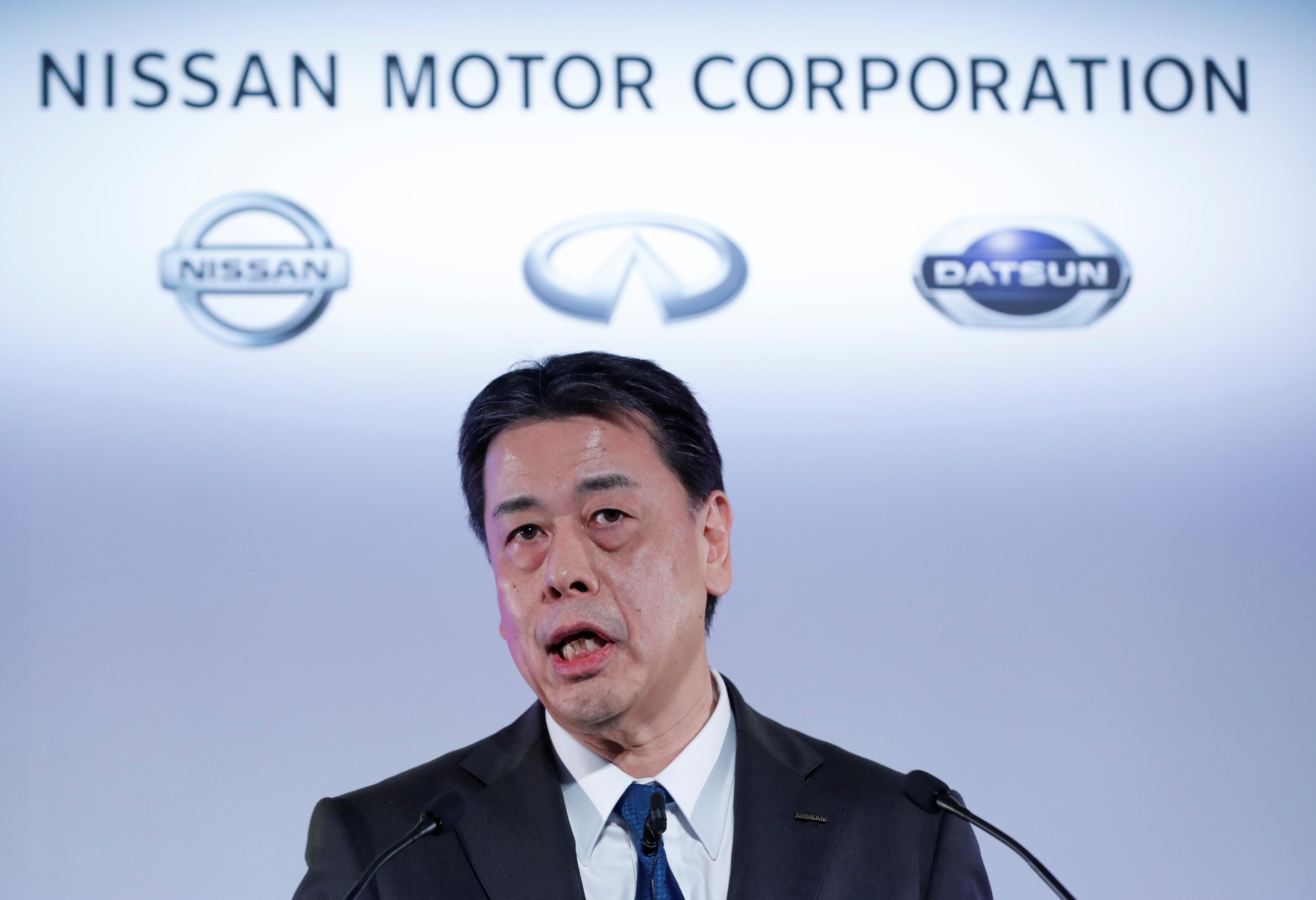 The dismal outlook comes after the automaker posted a net loss of 26.1 billion yen ($238 million) for the October-December third quarter, and contrasts with upbeat forecasts from rivals Toyota Motor Corp (7203.T) and Honda Motor Co (7267.T).

“We are making progress, but sales volumes have been weak so we need to do more restructuring than initially planned,” Makoto Uchida, Nissan’s new CEO and its third since September, told reporters.

Japan’s No. 2 automaker now expects operating income of 85 billion yen ($775 million) for the year to March, and far less than an average forecast for 134.5 billion yen from 20 analysts polled by Refinitiv.

Its brand image hurt badly by years of heavy discounting in the United States and other countries, Nissan’s global vehicle sales tumbled 11% during the October-December period,

Sales dropped 18% in the United States, with once popular models like its Rogue SUV crossover and its Sentra sedan falling out of favor. In China, sales slipped 0.6%.

It now expects to sell 5.05 million vehicles for the entire year, which would be its weakest sales performance since 2013.

Sources have said Nissan is set to eliminate at least 4,300 white-collar jobs and shut two manufacturing sites as part of broader plans to add at least 480 billion yen to its bottom line by 2023.

The moves, an expansion of a plan unveiled in July, will also include fewer car models, options and trims on offer while marketing budgets as well as jobs at head offices in the United States and Europe will be slashed, the sources said.

Nissan said it would not pay a dividend for the second half of the year, and that its full-year dividend would be 10 yen per share, a steep drop from the 57 yen paid a year earlier.

Ghosn, who was also head of alliance partner Renault (RENA.PA), was arrested in Japan in November 2018, accused of understating his salary and using company funds for personal purposes. He has denied any wrongdoing, and staged a dramatic escape to Lebanon in December while awaiting trial.

Nissan on Wednesday said it had filed a civil lawsuit in Japan against Ghosn, seeking 10 billion yen in damages over his alleged misconduct.