NEW YORK (Reuters) – The S&P 500 fell steadily on Friday and deepened its losses as the day wore on with shares of large technology, industrial and material companies taking a hit after weak Chinese data and a slide in oil prices raised concerns about global growth. 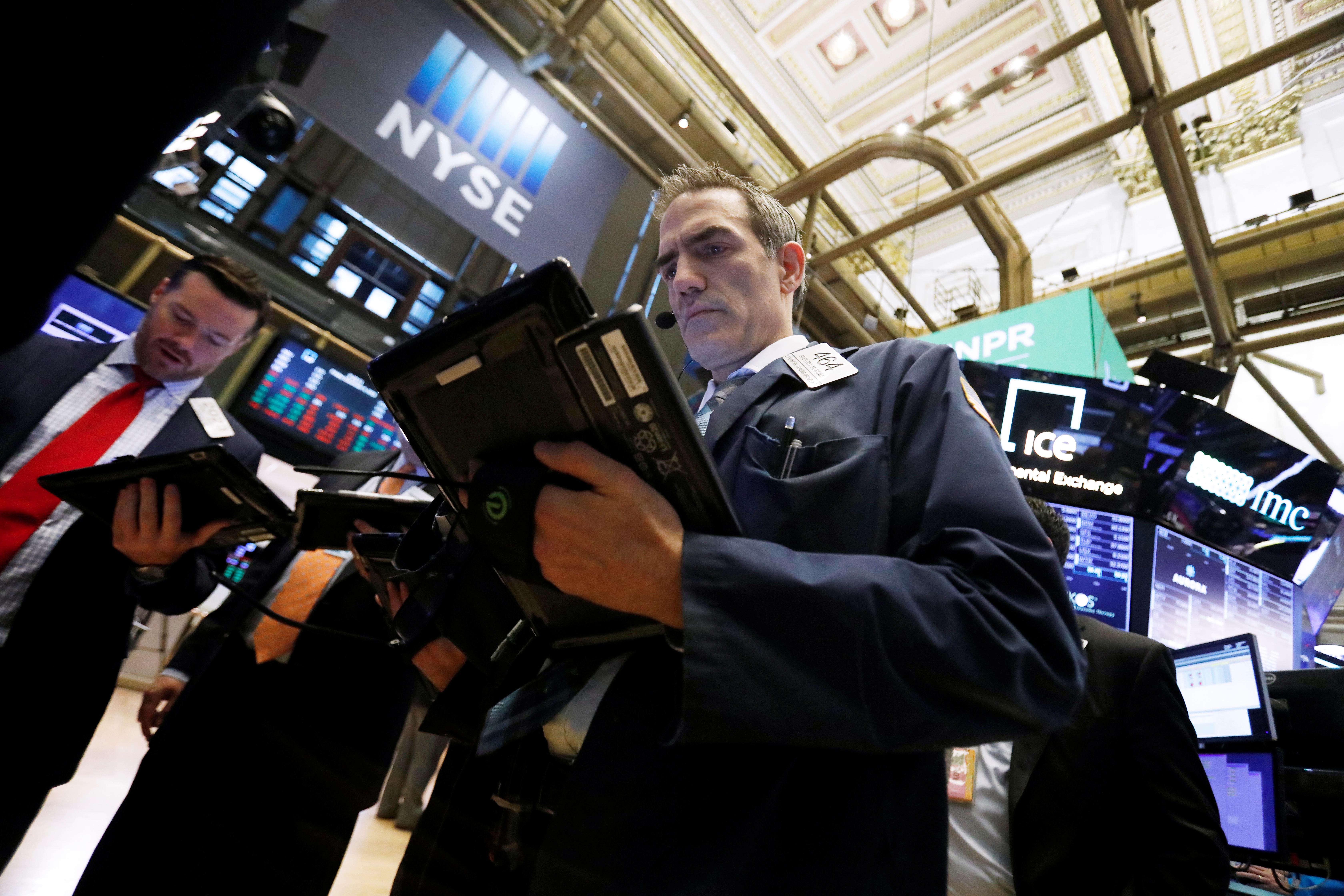 Crude oil looked set for its longest losing streak since 1998 as futures fell 1 percent as global supply increased and investors worried that fuel demand could slow.

“Oil is spooking the market. If oil prices are going to go lower that’s another sign that the global economy is going to slow its growth,” said Chris Zaccarelli, chief investment officer at Independent Advisor Alliance in Charlotte, North Carolina. “It looks like a slow (stocks) sell off. All day long its been drifting lower.”

The S&P energy index .SPSY dropped 0.6 percent after falling 2.2 percent in the previous day’s session when U.S. crude prices LCOc1 confirmed a bear market by falling 20 percent from their most recent high. [O/R]

Ten of the 11 major S&P sectors were lower, with the sole gain being a 0.3 percent rise in the defensive consumer staples index .SPLRCS.

Against the backdrop of a bitter trade dispute between the Washington and Beijing, Chinese data showed producer inflation fell for the fourth straight month in October on cooling domestic demand and manufacturing activity, while car sales fell for a fourth consecutive month.

The report sent global stocks into a tailspin and put pressure on trade and commodity sensitive sectors. The industrials sector .SPLRCI fell 1.4 percent and materials .SPLRCM dropped more than 1.8 percent. U.S. Federal Reserve policymakers left interest rates unchanged on Thursday, as expected, and its policy statement continued to signal more rate hikes ahead even as it noted that business investment had moderated.

The latest data on U.S. producer prices did little to ease worries about rising interest rates, which have hampered gains in stocks this year.

Declining issues outnumbered advancing ones on the NYSE by a 3.22-to-1 ratio. On Nasdaq, a 3.83-to-1 ratio favored decliners.