A group of gravediggers in Columbus, Ohio, who just negotiated a 3 percent raise. The poultry plant that processes chicken nuggets for McDonald’s. The workers who make Cap’n Crunch in Iowa. The women’s shoe department at Saks Fifth Avenue in Manhattan.

The Retail, Wholesale and Department Store Union is not the largest labor union in the United States, but it may be one of the most eclectic. Its membership, totaling about 100,000 workers, seems to reach into every conceivable corner of the American economy, stretching from the cradle (they make Gerber baby food) to the grave (those cemetery workers in Columbus).

And now it is potentially on the cusp of breaking into Amazon, one of the world’s most dominant companies, which since its founding has beaten back every attempt to organize any part of its massive work force in the United States.

This month, a group of 5,800 workers at an Amazon warehouse in Bessemer, Ala., are voting whether to join the R.W.D.S.U. It is the first large-scale union vote in Amazon’s history, and a decision by the workers to organize would have implications for the labor movement across the country, especially as retail giants like Amazon and Walmart have gained power — and added workers — during the pandemic.

The Amazon campaign, said Stuart Appelbaum, the union’s president, “is about the future of work and how working people are going to be treated in the new economy.”

For some labor activists, the union and its early success at the Bessemer warehouse represent the vanguard of the modern organizing campaigns. It is outspoken on social issues and savvy on social media — posting a TikTok video of support from the rapper Killer Mike and tweeting an endorsement from the National Football League Players Association during the Super Bowl.

“It’s a bit of an odd-duck union,” said Joshua Freeman, a professor emeritus of labor history at Queens College at the City University of New York. “They keep morphing over the years and have been very inventive in their tactics.”

The union is also racially, geographically and politically diverse. Founded during a heyday of organized labor in New York City in 1937 — and perhaps best known for representing workers at Macy’s and Bloomingdale’s — most of its members are now employed in right-to-work states, across the South and rural Midwest. 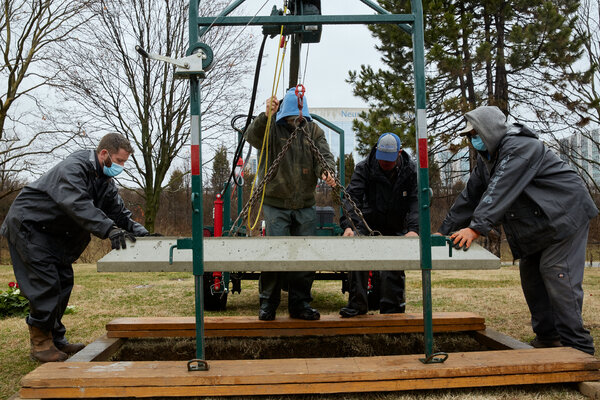 While the union’s overall membership has stagnated over the past decade, the number of members in its Mid-South office, which includes Alabama, Tennessee and Louisiana, has nearly doubled, to about 9,000 from 4,700 in 2011, driven by aggressive recruitment efforts in the poultry, warehouse and health care industries. More than half of its members across the country are workers of color.

In the Mid-South office, which is leading the organizing at Amazon, local officials begin almost every meeting with a prayer, lean in favor of gun rights and say about half their members supported Donald J. Trump’s re-election bid. (Unlike the national union, which publicly backed President Biden, the southern office did not issue an endorsement of either candidate.)

“We are known as the church union,” said Randy Hadley, president of the Mid-South Council. “We put God first, family second and then our jobs.”

The retail and wholesale workers union is run nationally by Mr. Appelbaum, a Harvard Law School graduate and former Democratic Party operative from Hartford, Conn., who has written about his identity as a gay, Jewish labor leader.

Since becoming union president in 1998, Mr. Appelbaum has created a niche by organizing workers from a wide variety of professions: airline caterers, employees in fast fashion stores and gardeners at a cannabis grow house. “When you buy a joint, look for the union label,” Mr. Appelbaum said jokingly.

The strategy has helped the union to keep flourishing, even as its core work force in brick-and-mortar retail stores continues to shrink as shopping moves online.

The union often ties its organizing campaigns to the broader struggle to advance the rights of vulnerable workers, such as the predominately gay, lesbian, trans and nonbinary employees in sex toy shops in New York and undocumented immigrants working in the city’s carwashes.

After World War II, the union advocated for Black servicemen who were being shut out of jobs at Macy’s, which paid the highest commissions. “It has a history of being a militant, feisty, left-wing crowd,” Professor Freeman said.

Even the Alabama office, which leans further to the right on some issues, has stood up for workers in ways that are locally unpopular.

Mr. Hadley said one of his biggest accomplishments was negotiating a paid holiday on Eid al-Fitr, marking the end of Ramadan, at a Tyson poultry plant in Tennessee, where a large number of Somali immigrants work.

“We had Muslims in the facility, they said, ‘We look at that day like Christmas,’ and I thought, ‘Who am I to judge?’” recalled Mr. Hadley, a former meat cutter. “I said, ‘Let’s do it.’”

Ratified in 2008, the Muslim holiday took the place of Labor Day as one of the paid holidays that workers were allowed at the facility, and was criticized by some as being un-American.

Over the years, the union has faced some powerful enemies. In the 1960s, its Black organizers were threatened — one was even shot at — while trying to sign up food industry workers across the South.

Johnny Whitaker, a former dairy worker who started as a union organizer in the 1970s, said he had grown up in a white family in Hanceville, Ala., without much money. Still, he was shocked by the working conditions and racism he witnessed when he started organizing in the poultry plants years ago.

Black workers were classified differently from their white counterparts and paid much less. Women were expected to engage in sexual acts with managers in exchange for more hours, he said. Many workers could not read or write.

Despite threats that they would lose their jobs if they organized, thousands of poultry workers have joined the R.W.D.S.U. over the past three decades, though the industry still is predominantly nonunion.

When a small group of Amazon workers contacted the union in late August about their interest in organizing the Bessemer warehouse, Mr. Whitaker acknowledged, “there was a lot of doubt” internally about the idea.

The R.W.D.S.U. had tried to lay the groundwork for organizing Amazon’s warehouse in Staten Island in 2019, but the effort failed when the company pulled the plug on its plans to build a second headquarters in New York, known as HQ2, partly because of political pressure to allow organizing at its facilities.

“What we learned from HQ2 was that Amazon was going to do anything it possibly could to avoid having a union at any of its workplaces,” Mr. Appelbaum said.

At the time, Amazon said it canceled its plans after “a number of state and local politicians have made it clear that they oppose our presence and will not work with us to build the type of relationships that are required to go forward with the project.”

But the more the workers in Alabama kept talking to the union about their working conditions, the more Mr. Appelbaum and others believed the warehouse was fertile ground for organizing.

The workers described the control that Amazon exerts over their work lives, including tracking their time in the restroom or other time spent away from their primary task in the warehouse. Some workers have said they can be penalized for taking too much time away from their specific assignments.

“We are talking about bathroom breaks,” said Mr. Whitaker, an executive vice president at the union. “It’s the year 2021 and workers are being penalized for taking a pee.”

In an email, an Amazon spokeswoman said the company does not penalize workers for taking bathroom breaks. “Those are not our policies,” she said. “People can take bathroom breaks.”

The campaign in Bessemer has created some strange political bedfellows. Mr. Biden expressed his support for the Alabama workers to vote freely in the mail-in election, which ends later this month. Republican Senator Marco Rubio of Florida went even further, encouraging the Bessemer workers to unionize in order to protect themselves against the “woke culture” at Amazon.

If the union wins the election in Bessemer, the effort to court workers will continue. In a right-to-work state, workers are not required to pay union dues even if they are represented by a union.

At a Quaker Oats plant in Iowa, which is also a right-to-work state, the R.W.D.S.U. finds ways to motivate workers to join the union by posting the names of workers who have not yet joined on a bulletin board.

“In a right-to-work state, you are always organizing,” Mr. Hadley said.

Early in the afternoon of Oct. 20, Mr. Hadley met with about 20 organizers before they headed out to the Bessemer warehouse to begin their campaign to sign up workers. The plan was for the organizers to stand at the warehouse gates talking to workers early in the morning and in the evening when their shift changes. In a pep talk with the group, Mr. Hadley invoked the story of David and Goliath.

“We are going to hit David in the nose every day, twice a day,” he told the group, referring to Amazon. “He’s going to see our union every morning when he comes to work, and I want him thinking about us when he closes his eyes at night.”

Row over undelivered jets as Airbus threatens to sue airlines