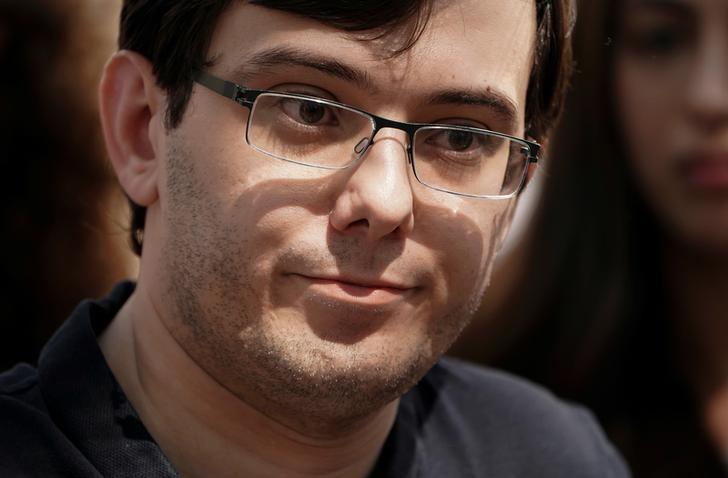 “When there are allegations of misconduct, they are thoroughly investigated and appropriate action is taken if such allegations are proven true,” the Bureau of Prisons said in a statement. “This allegation is currently under investigation.”

The investigation was first reported by the Journal.

Benjamin Brafman, a lawyer for Shkreli, declined to comment.

The Journal reported on Thursday that Shkreli, 35, still wields significant influence over the drug company he founded, Phoenixus AG, formerly called Turing Pharmaceuticals. Shkreli is about 17 months into a seven-year prison sentence for defrauding investors in a previous company.

The FBI has interviewed Shkreli’s associates about his role in the company, the Journal said, citing unnamed people who had been interviewed. The FBI did not immediately respond to a request for comment.

Shkreli, born in Brooklyn to Albanian immigrant parents, became known as the “Pharma Bro” in September 2015 after founding Turing Pharmaceuticals, buying the anti-parasitic drug Daraprim and raising its price by 5,000 percent to $750 per pill. In December 2015, he was indicted on unrelated securities fraud charges.

Prosecutors said he defrauded investors in two hedge funds he ran, MSMB Capital and MSMB Healthcare, schemed to prop up the stock price of Retrophin, the drug company he founded in 2011. A jury in federal court in Brooklyn found him guilty in August 2017.

He is at Federal Correctional Institution, Fort Dix, a low-security prison in New Jersey.