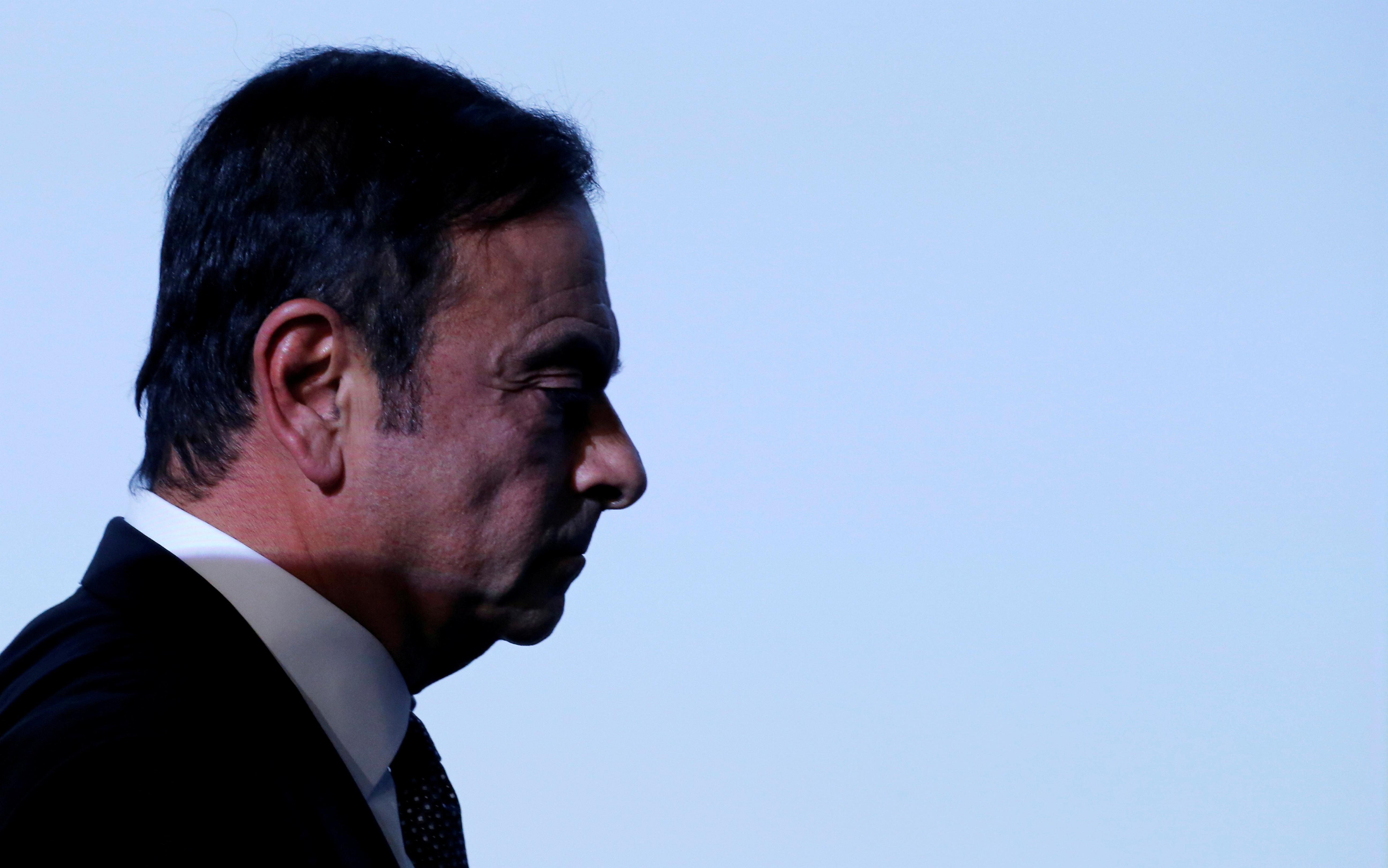 Ghosn was arrested on Nov. 19 on suspicion of conspiring to understate his compensation by about half of the actual 10 billion yen ($88 million) over five years from 2010. Nissan has said the misconduct was masterminded by the once-celebrated executive with the help of former Representative Director Greg Kelly.

Tokyo authorities plan to re-arrest the two executives, the sources said, declining to be named as they were not authorized to speak with media. Media reports have said the fresh crime was for three additional years of under-reported income. The two would then remain in custody without bail.

Nissan itself is also likely to be indicted for making false statements in an annual report, they said. A separate source said there were concerns running through the company that Chief Executive Hiroto Saikawa and others may also be indicted.

Asked about a potential indictment of the company itself, Nissan said only that it was cooperating with the prosecutors’ office and providing them with information related to misconducts.

Analysts have said it could be difficult for Nissan to avoid blame, whether it turns out that other executives had knowledge of Ghosn’s misconduct, or that the company lacked adequate internal controls.

“Normally, if it’s falsifying the financial filings, the company as well as the perpetrator is charged. That’s not surprising. It’s to be expected,” said prominent lawyer and former prosecutor Nobuo Gohara.

“Now suddenly the issue of CEO Saikawa becomes bigger. It becomes difficult to overlook Saikawa’s role in all of this. That becomes the main focus now.”

Ghosn and Kelly have not made any statement through their lawyers, but Japanese media reported that they have denied the allegations. Calls to Ghosn’s lawyer, Motonari Otsuru, at his office went unanswered, and the Tokyo prosecutors’ office said it could not comment on individual cases.

Nissan has stepped up its offensive against the executive once credited for rescuing the company from near-bankruptcy.

The company said on Sunday that it was seeking to block access by Ghosn’s representatives to an apartment in Rio de Janeiro, citing a risk that the executive may remove or destroy evidence.

A Brazil court has granted Ghosn access to the property, owned by Nissan, in the Copacabana neighborhood, but the company said in a statement that it was now petitioning a higher court to reverse the decision.

Nissan has also blamed Ghosn for a series of infractions including personal use of company funds. While not commenting on the possibility that other executives may have had knowledge or been involved in the wrongdoing, it has acknowledged a need to improve its governance.

Nissan’s board last month agreed to create a special committee and take advice from an independent third-party group about how to improve governance and oversight of director compensation.

The arrest of Ghosn and Kelly also shook the foundations of the Renault-Nissan alliance and stunned the auto industry. Ghosn remains chairman and chief executive of Renault SA (RENA.PA).

The key question is whether and how the ownership structure of the alliance might change. Ghosn, under pressure from the French government, had pushed for a deeper tie-up including a possible full merger between Renault and Nissan, despite strong reservations at Nissan.

Some Nissan executives have long been unhappy with what they see as Renault’s outsized influence over the Japanese automaker, which dwarfs Renault in vehicle sales.

Renault holds around 43 percent of Nissan, while Nissan has a non-voting 15 percent stake in the French partner.

Meet 6 people: Where can you meet friends and family? Can you meet in your garden?
Asia