(Reuters) – Southwest Airlines Co (LUV.N) eked out a small profit in the second quarter on Thursday as strong bookings offset the financial blow of the grounding of Boeing 737 MAX jets, which forced the carrier to cease operations at Newark Liberty International airport. 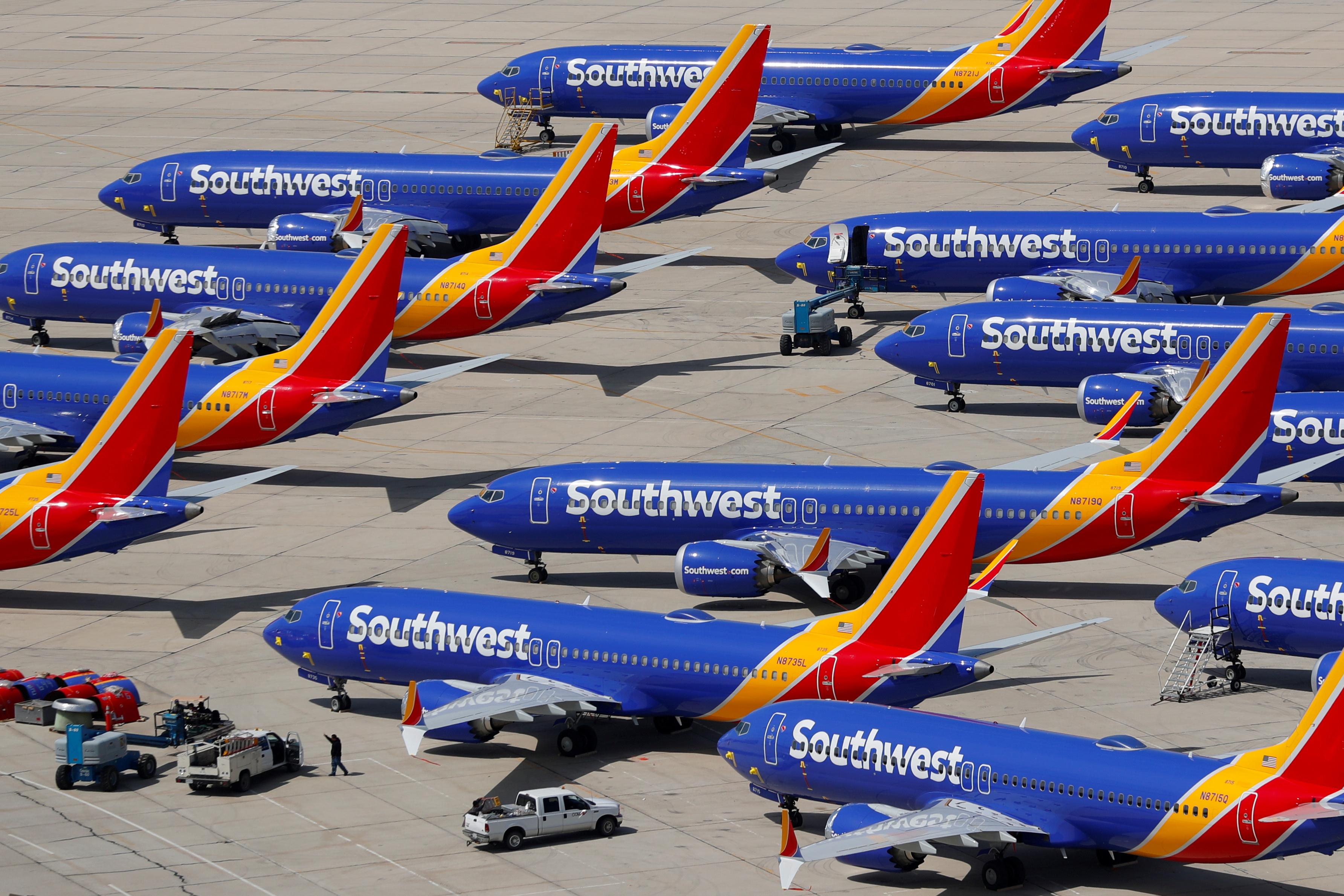 Southwest, the world’s largest user of the 737 MAX with 34 planes and dozens more on order, said it would be consolidating its New York City presence at LaGuardia beginning Nov. 3, as it extends MAX-related cancellations until Jan. 5, 2020. Earnings for the company at Newark airport in New Jersey came in below expectations.

The airline had previously removed the MAX jets from its flying schedule through early November.

Shares in Southwest sank about 5% in premarket trading.

Boeing Co’s (BA.N) top-selling jet was grounded worldwide in March following two fatal crashes in Ethiopia and Indonesia that killed 346 people within a span of five months. U.S. airlines are cancelling thousands of flights every month as they operate with slimmer fleets.

The U.S. airline said it took a $175 million hit to its operating income in the quarter from the MAX grounding, which pushed unit costs 7.5% higher, with additional cost pressure seen in the second half of 2019.

Still, customer demand remained strong and the company is pushing ahead with a Hawaii expansion next month and plans to add more Mexico service early next year.

Total operating revenue rose 2.9% to $5.9 billion in the quarter, helped by its Rapid Rewards Loyalty program, optional boarding fees and the ability to charge more for seats given reduced sector capacity.

Closely watched unit revenue, based on per available seat mile, rose 6.8% in the quarter and Southwest said it expects between 3% and 5% growth in the third quarter.

However, it said overall capacity will now decrease between 1% and 2% in 2019 due to the MAX groundings, compared with its earlier forecast of nearly 5% growth.

Based on Boeing’s most recent guidance, Southwest said it is assuming regulatory approval for the MAX in the fourth quarter and will need one to two months to prepare the grounded jets for commercial service.

Boeing, which posted its largest-ever quarterly loss on Wednesday, has announced an after-tax charge of $4.9 billion related to potential compensation to MAX customers.

Southwest said it has had preliminary discussions with Boeing about MAX-related damages but has not reached any conclusions and did not include any amount in its quarterly results.

UK country homes much sought after