NEW YORK (Reuters) – A year-end rally in global equity markets extended gains on Friday, helped by data showing relatively strong U.S. growth, while sterling headed toward its worst week in more than two years on concerns over how Britain will leave the European Union. 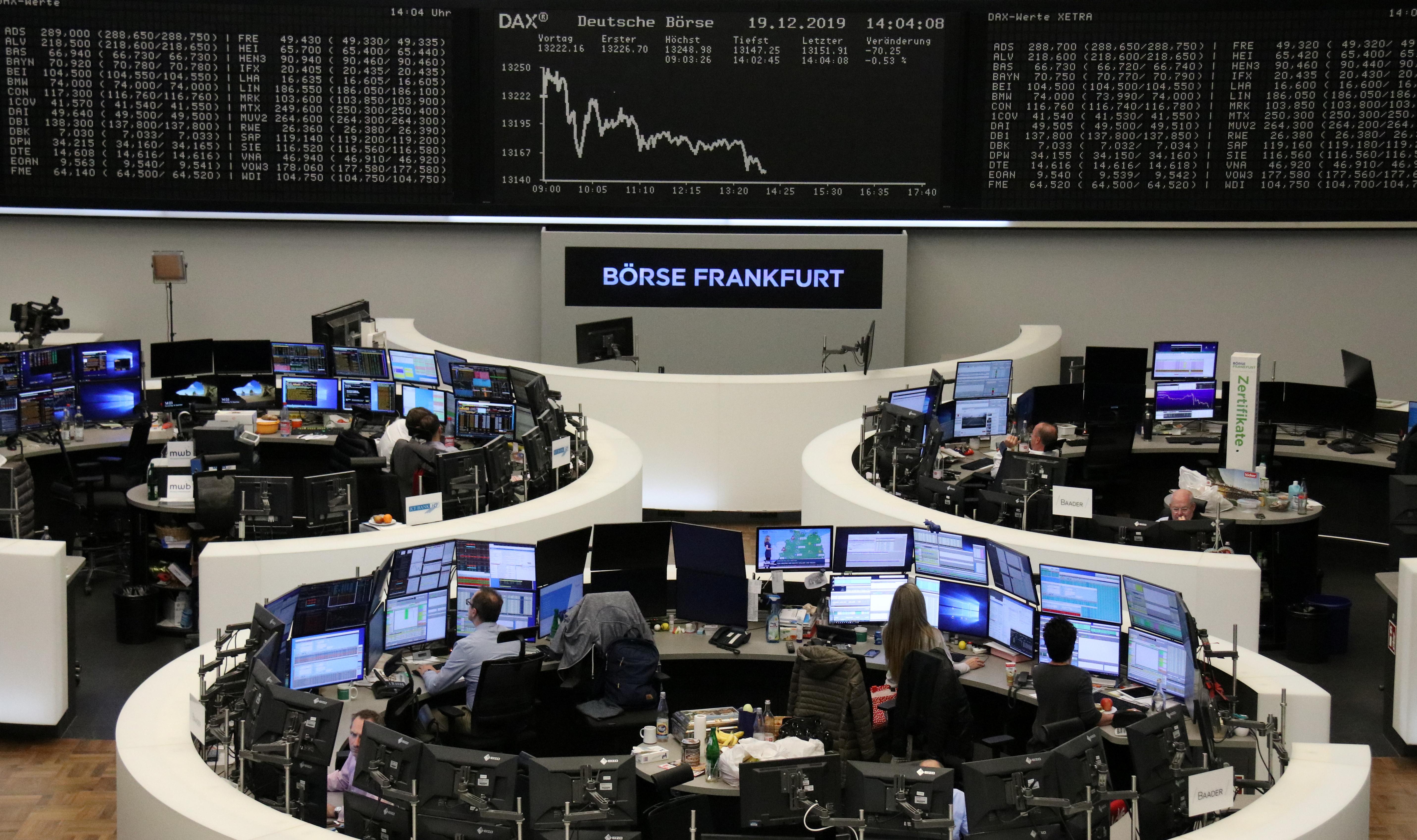 The dollar firmed and U.S. Treasury yields rose after the Commerce Department said gross domestic product increased at a 2.1% annualized rate in the third quarter, as expected, with consumer spending coming in stronger than previously reported.

“The deliverance of phase one of a trade deal and the Fed getting ahead of any potential systemic-type issues has cleared the path for this market to inch higher,” Abbasi said. “There isn’t anything that can shift sentiment dramatically.”

The benchmark S&P 500 extended its run of record highs to seven straight sessions, its longest streak in more than two years.

Overnight in Asia, MSCI’s broadest index of Asia-Pacific shares outside Japan .MIAPJ0000PUS added a sliver, having risen 1.2% so far this week and almost 5% this month.

Some data, however, reminded investors of potential weak spots in the world economy.

The mood among German consumers deteriorated unexpectedly heading into January, a survey showed, suggesting that household spending in Europe’s largest economy could weaken at the beginning of next year.

The pound slipped overnight to below $1.30, a dramatic drop from a 19-month peak of $1.3514 after British Prime Minister Boris Johnson used his sweeping election victory last week to revive the risk of a hard Brexit.

Britain will leave the EU at the end of January and has set December 2020 as a hard deadline to reach a trade agreement.

Oil prices fell but were set for a third straight week of gains after the easing of the U.S.-China trade dispute boosted investor confidence and the outlook for global economic growth.

Missed Out on Lyft I.P.O.? Buying Now Might Be Risky

Why an aeronautical designer turned to swimwear made from plastic bottles

Taco Bell recalls 2.3 million pounds of beef and customers are losing it on social media