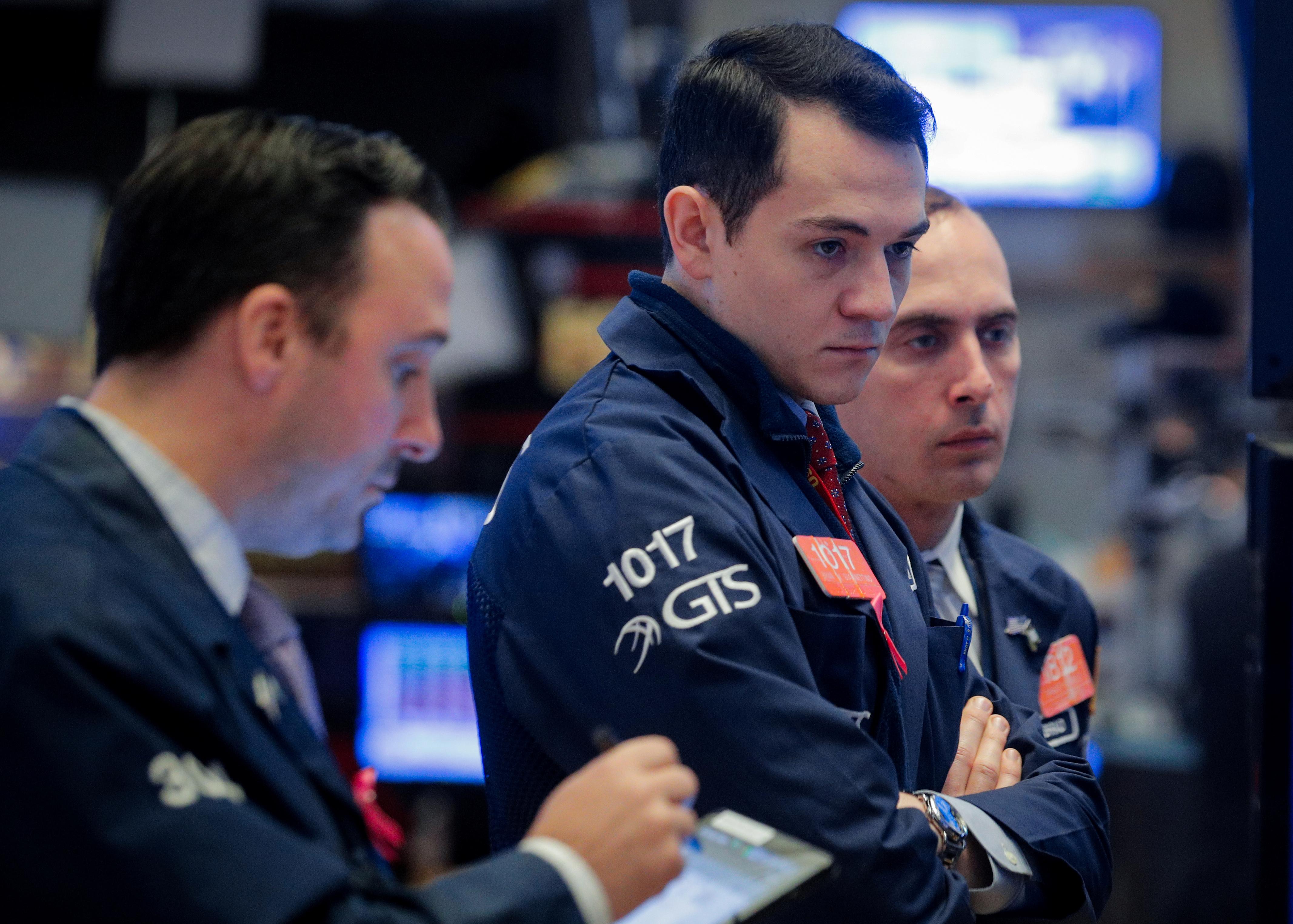 Sterling bulls could be forgiven if they thought Christmas had arrived early.

Deadlocked for months over Brexit, British Prime Minister Boris Johnson and his Irish counterpart Leo Varadkar now say they “see a pathway to a possible deal”. The pound has witnessed its biggest two-day jump in more than three years, as investors slash some of their extreme short sterling bets. Expectations for an interest rate cut are falling too, as a positive Brexit outcome would remove the uncertainty hanging over the economy.

But the road is long – EU Council President Donald Tusk has signaled there is no guarantee of a deal and time is running out. It also remains unclear what compromises have been made on the thorny Irish border issue, but hopes are now high of further progress ahead the Oct 17-18 EU summit.

The risk of exiting without a deal had already faded, but if a deal is agreed at the summit or before it, sterling could jump above a 2019 high of near $1.34 hit in March. Delay and recrimination, however, could see the pound reverse the gains it racked up so quickly last week. It retreated on Monday as caution crept in.

The International Monetary Fund and World Bank’s autumn gathering promises to be a gloomy one for the finance chiefs, bankers, development officials and politicians who will descend on Washington D.C, for the Oct. 14-20 meeting. New IMF chief Kristalina Georgieva has warned of a “synchronized slowdown” and “substantially weakened” manufacturing backdrop due to trade wars, but other risks loom, too. A decade after the global financial crisis, it’s becoming clear that major central banks have maxed out their ability to lift economic growth. Will more government spending do the trick instead? For debt-burdened countries that may seem a tall order too. Also, what tools can policymakers use should the world tip into recession? There is also the more immediate fear of global money markets seizing up again, 2008-style, with the recent repo rate surge in U.S. interbank markets a potential warning signal.

U.S. and euro zone weakness won’t leave emerging markets unscathed either. There are already pockets of distress such as Argentina but other countries, from Egypt to Ecuador, are starting to witness violent protests. Climate change needs to be addressed as well. Georgieva says decelerating growth calls for accelerating action. Let’s see what plans are sketched out.

-IMF: Technology, not trade, the culprit in “left behind” areas

Trade and impeachment have grabbed the most headlines of late but the countdown has now begun for the U.S. third-quarter earnings kickoff. No good news here: expect screens to turn red on Tuesday for JPMorgan, Citigroup, Goldman Sachs and Wells Fargo.

With interest rates falling and the Treasury yield curve having inverted earlier in the year, U.S. banks should report a 1.2% decline in earnings, Refinitiv analyst David Aurelio predicts. It will be the first decline since the third quarter of 2016, Factset data indicates.

Others to watch for are railroad operator CSX on Wednesday, then Union Pacific and Honeywell International on Thursday; they will show the tariff impact on trade-sensitive transport and industrial firms. Trade-obsessed markets will also watch for September industrial production figures on Friday to see how manufacturing sidis performing.

Tuesday is also when U.S. President Donald Trump’s threatened tariff increase is supposed to take effect on $250 billion of Chinese goods. There is some optimism that they might be able to find enough common ground to delay the scheduled hikes. The talks went “very well”, according to Trump.

More on trade. With the U.S.-China trade summit out of the way, markets face a sobering return to “normal transmission”. Two numbers will shed light on the bigger picture: China’s trade balance and annual growth. All indications are trade hostilities are slowing the world’s second-largest economy — exports dropped in August and data on Monday showed September exports slumped 3.2% from a year earlier.

Economic growth – the weakest in 27 years in June – is also seen going a little lower in the third quarter to test the bottom end of Beijing’s 6% to 6.5% target for 2019. All that will put pressure on the central bank to loosen monetary policy.

A tariff increase scheduled for Oct. 15 on Chinese goods is off the cards for now. But despite some touted progress on trade talks, there are few details on any deal.

The daily fixing of the yuan’s onshore trading range will be of interest. A fall past the symbolic seven-per-dollar rate in August was considered a response to economic weakness as well as a message that the currency would be on the table if the trade war escalated. The yuan has been pegged around 7.0730 for a few weeks, and a move in either direction could telegraph clearer than words whether the trade war antagonists are moving closer together or further apart. -POLL-China’s Sept exports seen falling 3%, imports to shrink for 5th month U.S.-China currency deal won’t change dollar-yuan dynamics -expertsTIMELINE-Key dates in the U.S.-China trade war

5/END OF A FRIENDSHIP

Meanwhile, Trump’s blossoming friendship with Turkish President Tayyip Erdogan has hit a rocky patch. Bosom buddies not long ago, when the U.S. president shielded Ankara from being sanctioned over its purchase of Russian missile defense systems, the two are locking horns over Turkey’s launch of a military campaign in northeastern Syria against Kurdish forces. “I say hit Turkey very hard financially & with sanctions if they don’t play by the rules! I am watching closely,” Trump tweeted.

Republicans in the House of Representatives have announced plans for legislation to impose sanctions and the upcoming EU summit will debate sanctions. The quarrel carries enormous risks for Turkey’s economy, which is still emerging from its worst slump in two decades. The sanction threats have pushed the lira to its weakest level in nearly four months and its dollar bonds have tumbled. Risks include higher deficits and borrowing costs and slowing tourism. The volatility is likely to prevent the central bank from easing policy later this month, crimping economic recovery.

Wall Street slips into correction territory on alarm over coronavirus

Aldi is selling vegan trainers for an incredibly cheap price