Home » Business » The Treasury said it is pushing Taiwan to address currency undervaluation. 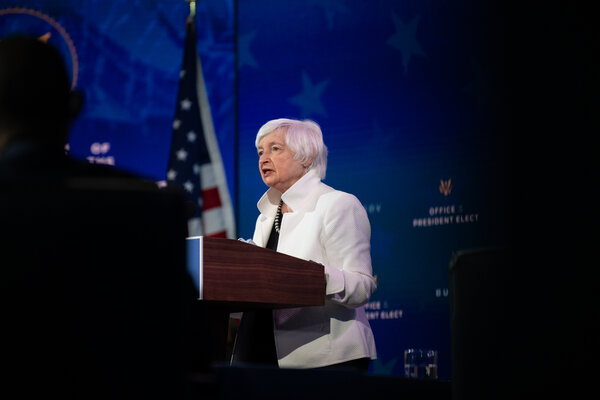 The Treasury Department said on Friday that it was putting Vietnam, Switzerland and Taiwan on notice over their currency practices but stopped short of labeling them currency manipulators.

The report, which Treasury submits to Congress twice a year, aims to hold the United States’ top trading partners accountable if they try to gain an unfair advantage in commerce between nations through practices such as devaluing their currencies. The announcement came in the Treasury Department’s first foreign exchange report under Treasury Secretary Janet L. Yellen.

A currency manipulation label requires partners to enter into negotiations with the United States and the International Monetary Fund to address the situation. The Treasury Department said that Switzerland, Vietnam and Taiwan did not meet the manipulation criteria.

The Trump administration had labeled Vietnam and Switzerland as manipulators in its final report in 2020. The Biden administration’s report undid those designations, citing insufficient evidence.

Instead, the department said it would continue “enhanced engagement” with Vietnam and Switzerland and begin such talks with Taiwan, which includes urging the trading partners to address undervaluation of their currencies.

“Treasury is working tirelessly to address efforts by foreign economies to artificially manipulate their currency values that put American workers at an unfair disadvantage,” Ms. Yellen said in a statement.

The Treasury Department did not label China as a currency manipulator, instead urging it to improve transparency over its foreign exchange practices.