LONDON (Reuters) – While global markets would hail a U.S.-China trade deal, fears are growing that the European Union could be the fall guy in any breakthrough, which would allow Donald Trump to turn his attention to German cars or French luxury wines. 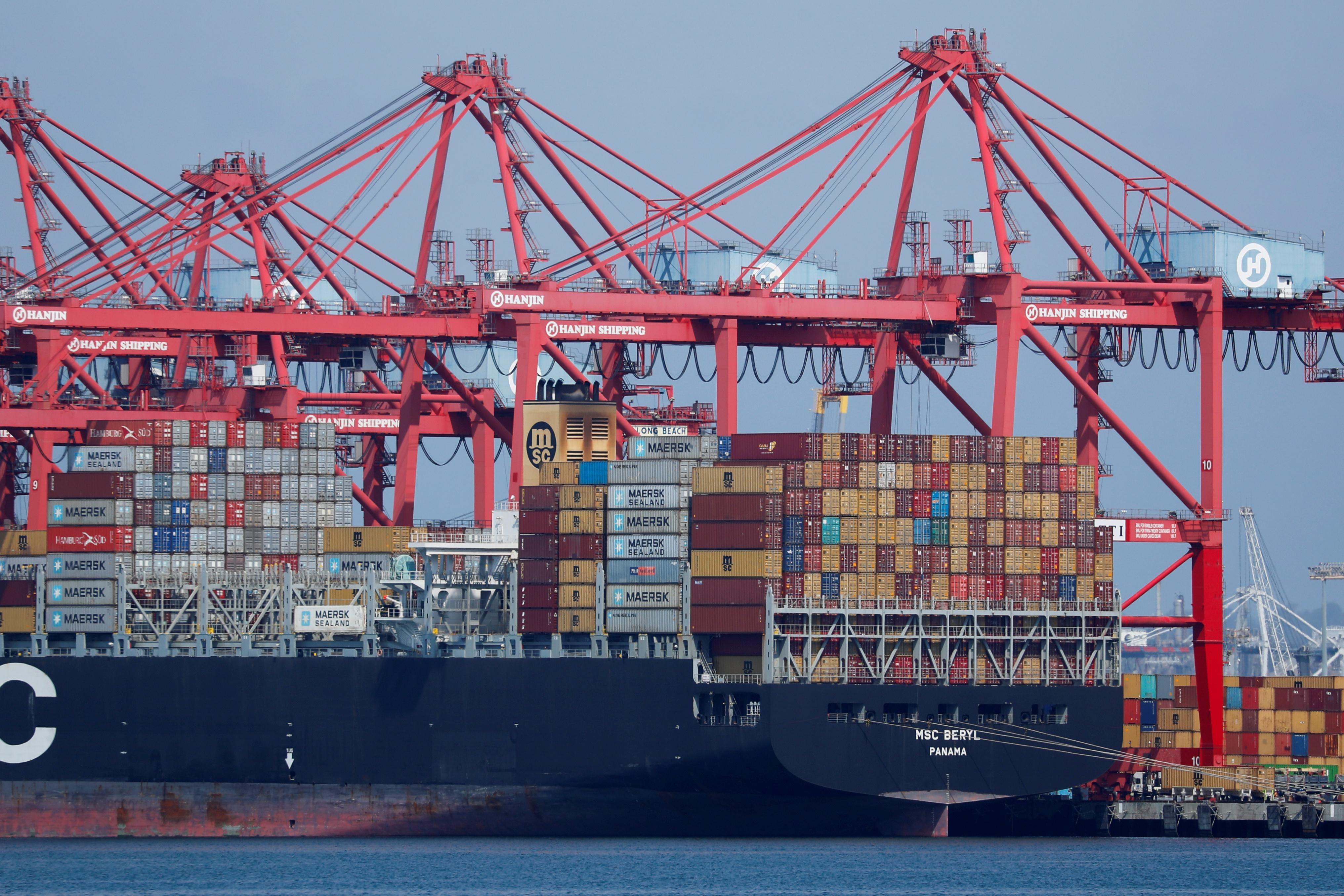 Investors thinking of chasing a rally on a trade accord through European trade proxies, such as Germany’s export-heavy DAX index or the continent’s luxury names, should probably think twice, analysts believe.

For trouble could come in a lot of different forms.

Alicia García-Herrero, Chief Economist at Natixis for Asia Pacific, and a researcher at the Bruegel think-tank, is among those who have warned that a deal “could cost Europe dearly” if China substitutes a large part of its European imports for U.S. goods in a bid to appease the Trump administration.

There is a lot at stake. European-listed firms expect 456 billion euros ($521 billion) in total revenue from China in 2019, with luxury brands and automakers the most exposed sectors, a Refinitiv analysis of company data shows.

Vincent Deluard, global macro strategist at INTL FCStone, said that in the case China and the United States fail to clinch a deal, Europe could be flooded with cheap Chinese goods.

“Europe stands to lose the most when the truce expires on March 1st as China would surely dump billions of discounted goods on the old continent,” Deluard wrote.

In 2017, China exported goods worth 374 billion euros to the EU and 505 billion dollars to the United States.

Another dire scenario sketched out by Deluard would be a bitter lose-lose for Europe and arguable win-win for Trump: “Imposing tariffs on European cars and reaching a deal with China could allow the Trump administration to claim two victories at the same time”.

Many investors fear the immediate relief of a China-U.S. deal could be swiftly followed by a bitter confrontation between the EU and its closest ally.

While Germany takes the lion’s share of the EU’s trade surplus with the United States, over 63 billion dollars in 2017, other European countries such as Ireland, Italy or France have a lot to lose if tariffs are imposed on European goods.

The diversity of their exports highlights how wide the impact would be.

A graphic from the Atlas of Economic Complexity, Center for International Development at Harvard University, shows how French exports in 2016 ranged from wines (3.80 percent) to gas turbines (10.95 percent) and medicines (6.08 percent).

Analysts trying to decipher the U.S. president’s strategy believe that a confrontation with the EU is a probable next step following the revamping of the North American Free Trade Agreement and his current efforts to slash the U.S. trade deficit with China from a record 375 billion dollars in 2017.

“We are next in the queue,” warns BNP Paribas’ chief economist William De Vijlder, adding that “the subject of the EU-U.S. trade negotiations has been under the radar up to recently but could resurface soon.”

“What Trump tweeted about French wine, I can see the parallel with Canadian milk,” he said recalling the tense U.S. NAFTA negotiations with Canada.

On Nov. 13th, Trump complained that while France could easily export wines to the United States, U.S. winemakers’ access to the French market was restricted.

St-Arnaud argues that the threat of a trade war with the United States could mean another grim year for European stocks, which have already suffered collateral damage from the trade spat between the world’s two biggest economies.

“A European underperformance is possible in 2019,” he believes.

If the Chinese negotiating team currently in Washington was to achieve significant progress, European stocks would get a boost, at least in the short-term.

“It is crucial for the world economy that this man-made uncertainty ceases,” said De Vijlder. An escalation would meanwhile sharpen the global growth downturn and hit bourses worldwide, according to a big Reuters poll of economists.

But while both emerging and European stock markets underperformed Wall Street during 2018 due to the trade stress endured by exporters, European shares remain very much less loved by global investors than their EM peers.

According to data provider EPFR, while emerging markets equity funds have recorded 15 straight weeks of inflows, European funds saw outflows for 45 of the past 46 weeks.

“TAKE THE WIND OUT TRUMP’S SAIL”

With a concerns about Brexit, unrest in France, Italy’s populist government and May’s EU elections, the big European benchmarks are seen by many foreign investors as “uninvestable”, especially as growth slows.

“It’s pretty clear that during the course of conversation with any client, political risk premium, political uncertainty will come into the conversation,” said Andrew Milligan, head of strategy at Aberdeen Investments.

Joerg Kraemer, Commerzbank’s chief economist, said a confrontation with Washington could be very damaging, notably for the German car industry and that the European Commission would be wise to make a pre-emptive move.

“Europe needs to take the wind out Trump’s sails and move first,” he told Reuters, calling for the EU to scrap its 10 percent tariff on U.S. cars to defuse tensions.