Mr. Trump issued an executive order instructing the commerce secretary, Wilbur Ross, to ban transactions “posing an unacceptable risk” but did not single out any nation or company. The action has long been expected and is the latest salvo in the administration’s economic and security battle with China. It is also the most extreme move in the Trump administration’s fight against China’s tech sector.

The executive order was “agnostic,” White House officials said in a call with reporters, declining to single out China as the focus on Mr. Trump’s action. “This administration will do what it takes to keep America safe and prosperous and to protect America from foreign adversaries” targeting vulnerabilities in American communications infrastructure, the White House press secretary, Sarah Huckabee Sanders, said in a statement.

The Commerce Department will over the next 150 days write the rules for reviewing transactions that fall under the ban, the officials said. The order applies to transactions going forward, not retroactively. The Commerce Department said it would work across the administration on the new rules, consulting with the attorney general, Treasury secretary and other agency heads.

The order left many questions unanswered, including how the Commerce Department will define foreign adversaries and establish criteria to ban companies from selling equipment to the United States. The executive action did not address concerns by rural carriers that the order would hit them particularly hard. Some of them rely on equipment that already contains parts by Huawei and other Chinese companies.

Mr. Trump declared the threat posed by foreign adversaries on American telecommunications networks a national emergency under a law used to impose sanctions against nations like Iran and Russia.

Led by Secretary of State Mike Pompeo, American officials have warned allies for months that the United States would stop sharing intelligence if they use Huawei and other Chinese technology to build the core of their fifth-generation, or 5G, networks. The networks promise not only faster cellular service, but also the connection of billions of “internet of things” devices — such as autonomous cars, security cameras and industrial equipment — to a new internet architecture.

Pentagon and American intelligence officials have warned that Chinese firms will be able to control the networks and have expressed concerns not only that secure messages could be intercepted or secretly diverted to China, but that the Chinese authorities could order Huawei to shut down the networks during any conflict, disrupting American infrastructure as diverse as gas pipelines and cellphone networks.

Huawei has denied those charges, and its chief executive has said he would shut down the company rather than obey Chinese government orders to intercept or divert internet traffic. American officials say he would have no choice: Chinese law requires that the country’s firms obey instructions from the nation’s Ministry of State Security.

Mr. Trump has been deeply involved, quietly meeting with American telecommunications executives at the White House and weighing different versions of the executive order. He has insisted that the United States must “win” at the 5G competition, only to be told that no American firms make the core switches that will direct 5G internet traffic.

The executive order came amid an escalating trade war between the United States and China, with the two sides imposing hundreds of billions of dollars of tariffs in recent days. Mr. Trump has accused the Chinese government of unfair trade practices and announced increased tariffs on an additional $200 billion worth of Chinese goods last week.

But few issues have gained as much bipartisan support in Washington as the Trump administration’s warnings of the security threats posed by Huawei and ZTE, another company with deep links to the Chinese government. The calls have gotten so intense that some have warned of a new red scare, and Chinese officials have said the United States has moved beyond caution to paranoia. 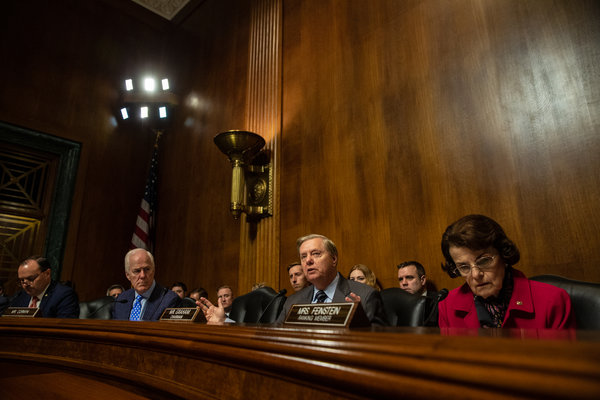 The major mobile phone companies have renounced the use of Huawei equipment in their 5G systems, but the order will ensure that smaller, rural telecom companies avoid Huawei when they build new networks.

Because 5G systems feature high-speed, low-range equipment, the technology is more suited for now for urban areas than rural areas. But Huawei remains appealing to rural networks because it is cheaper than alternatives.

The ban could also help with the Trump administration’s campaign to get European allies to block Huawei. Some allies had questioned why they should block Huawei if the United States had not. Other European officials have suspected that Mr. Trump will soften or eliminate the ban as part of a trade deal with China. Most major allies have resisted the Trump administration’s push, except Australia, which banned Huawei last summer.

The White House, intelligence officials and lawmakers from both parties argue that China has already shaped its telecommunications and that tech industries have also given rise inside Chinese territory to facial recognition, constant surveillance of the population and human rights abuses.

American officials have also warned that China’s exports of Huawei and other tech products have allowed other authoritarian nations to spy on their citizens and access sensitive security and trade secrets.

“We must have a cleareyed view of the threats that we face and be prepared to do what is necessary to counter those threats,” Ajit Pai, the chairman of the Federal Communications Commission, said in a statement. “Today’s executive order does just that.”

But even if Huawei is banned from the United States, it will likely control 40 to 60 percent of the networks around the world. It has made a strong marketing pitch in Africa, Latin America and parts of Asia where it holds huge economic influence. American officials have said China has offered subsidized prices and low-interest loans to outmaneuver the few Western competitors, chiefly Nokia and Ericsson, both European firms.

The United States will have to connect to those nations — and must prepare for a day when the American government and companies will have to live in “dirty networks,” Sue Gordon, the deputy director of national intelligence, recently warned.

In January, prosecutors in Washington State charged two units of Huawei of conspiring to steal trade secrets from T-Mobile and of wire fraud.

Senator Lindsey Graham, Republican of South Carolina and the chairman of the Senate Judiciary Committee, said he doubted that Chinese companies could meet American standards and laws on surveillance.

The Federal Communications Commission is considering regulations that would bar broadband providers that receive federal subsidies from using Huawei or ZTE equipment in their networks. The biggest American carriers have little equipment from the companies, but some rural telecom providers have expressed concern over how to rid their networks, which contain parts from various equipment makers, of Chinese products.

The commission recently approved an order that barred China Mobile Limited from providing service in the United States. The agency said it was exploring similar rules against China Unicom and China Telecom Corporation.