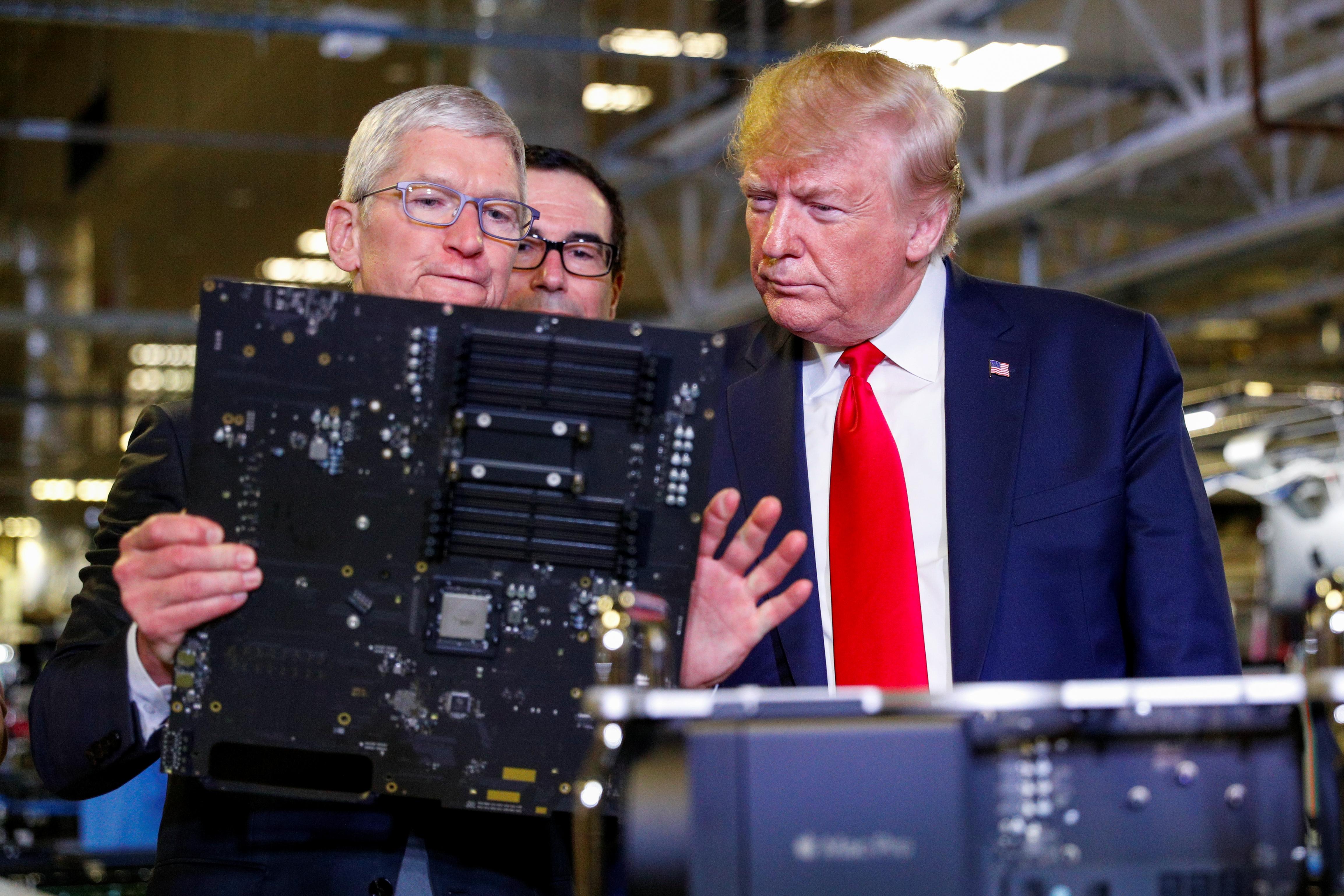 “They have it all – Money, Technology, Vision & Cook!” Trump tweeted.

Trump met with Cook on Wednesday during his visit to Apple’s upcoming campus in Texas, in the latest sign of a close relationship between two of America’s most powerful men.

5G networks will offer data speeds up to 50 or 100 times faster than the current 4G networks, and serve as critical infrastructure for a range of industries.

Mobile operators have to upgrade their networks with 5G gear made by the likes of China’s Huawei Technologies Co Ltd [HWT.UL] and ZTE Corp (000063.SZ), Sweden’s Ericsson (ERICb.ST) and Finland’s Nokia Oyj (NOKIA.HE).

The United States has been pressing nations not to grant Huawei access to future 5G networks and alleged Huawei’s equipment could be used by Beijing for spying, which the Chinese company has repeatedly denied.

The U.S. Congress has been considering legislation to authorize up to $1 billion for small and rural wireless providers to replace network equipment from companies, including Huawei and ZTE, that lawmakers say pose a national security risk.

Some of Apple’s rivals in the smartphone market — notably Samsung Electronics Co Ltd (005930.KS) — have already released 5G devices, pressuring Apple to match the feature. Many carriers that are investing heavily to build 5G networks are also likely to put their marketing efforts behind 5G phones.