(Reuters) – A U.S. judge in Montana has halted construction of the Keystone XL pipeline designed to carry heavy crude oil from Canada to the United States, drawing a sharp rebuke on Friday from President Donald Trump. 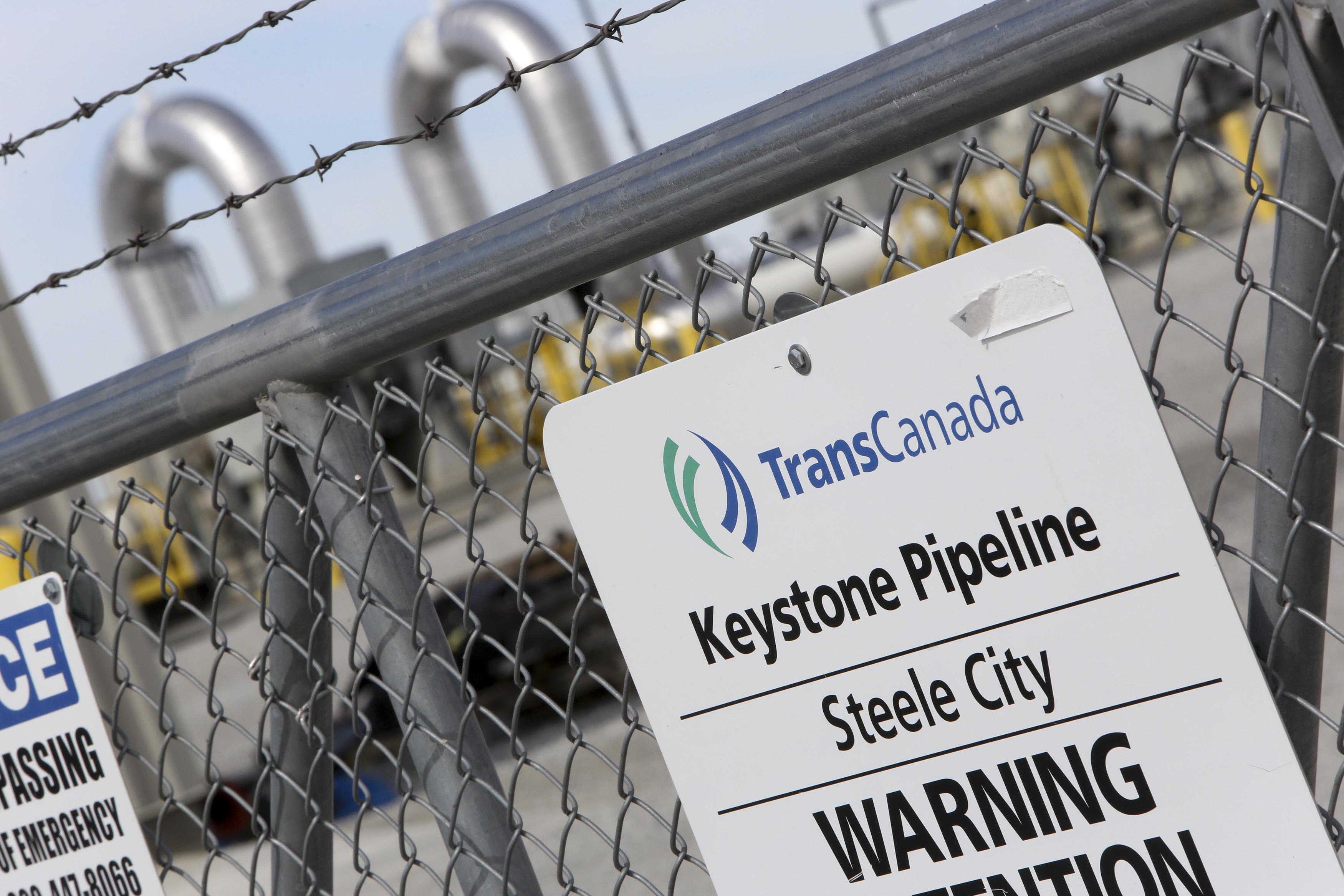 The ruling out of a U.S. Court in Montana late on Thursday dealt a major setback to TransCanada Corp (TRP.TO), whose stock dropped 2 percent in Toronto. Shares of companies that would ship oil on the pipeline also fell. TransCanada said in a statement it remains committed to building the $8 billion, 1,180 mile (1,900 km) pipeline.

The ruling drew an angry response from Trump, who approved the pipeline shortly after taking office. It also piles pressure on Canadian Prime Minister Justin Trudeau to assist the country’s ailing oil sector.

It was a win for environmental groups who sued the U.S. government in 2017, soon after Trump announced a presidential permit for the project. The ruling also rewarded tribal groups and ranchers who have spent more than a decade fighting the planned pipeline.

“It was a political decision made by a judge. I think it’s a disgrace,” Trump told reporters at the White House.

“The Trump administration tried to force this dirty pipeline project on the American people, but they can’t ignore the threats it would pose to our clean water, our climate, and our communities,” said the Sierra Club, one of the environmental groups involved in the lawsuit.

Representatives of Trudeau and Canada’s Natural Resources Minister Amarjeet Sohi did not immediately comment. The U.S. State Department was not immediately available for comment.

The pipeline would carry heavy crude from Alberta to Steele City, Nebraska, where it would connect to refineries in the U.S. Midwest and Gulf Coast, as well as Gulf export terminals.

Several pipeline projects have been scrapped due to opposition, and the Trans Mountain line project still faces delays even after the Canadian government purchased it this year to move it forward.

“You have to wonder how long investors will tolerate the delays and whether the Canadian government will intervene again to protect the industry,” said Morningstar analyst Sandy Fielden.

Ensuring at least one pipeline is built is critical to Trudeau’s economic and environmental plans, with a Canadian election expected next autumn.

Canada is the primary source of imported U.S. oil, but congested pipelines have forced oil shippers to use costlier rail and trucks.

Alberta has felt the financial pressure, and an industry source said the provincial government last month solicited proposals from companies on ways to move crude faster by rail. The source said proposals included ideas such as buying rail cars and investing in loading terminals.

“I’ve never seen (the Alberta government) so active on this front,” said the source, who asked not to be identified because the matter is politically sensitive. “That is a shift.”

The Alberta government did not immediately comment. In a statement to Reuters on Thursday, a spokesman for its energy ministry declined to specify options under consideration.

Morris, in his ruling, ordered the government to issue a more thorough environmental analysis before the project can move forward. He also said the analysis failed to fully review the effects of the current oil price on the pipeline’s viability and did not fully model potential oil spills and offer mitigations measures.

Oil nears $70, hovers near five-month highs on cuts and sanctions