WASHINGTON (Reuters) – U.S. manufacturing output rose for a fifth straight month in October, shrugging off a sharp drop in motor vehicle production and suggesting underlying strength in factory activity despite growing headwinds that are expected to slow the sector in 2019. 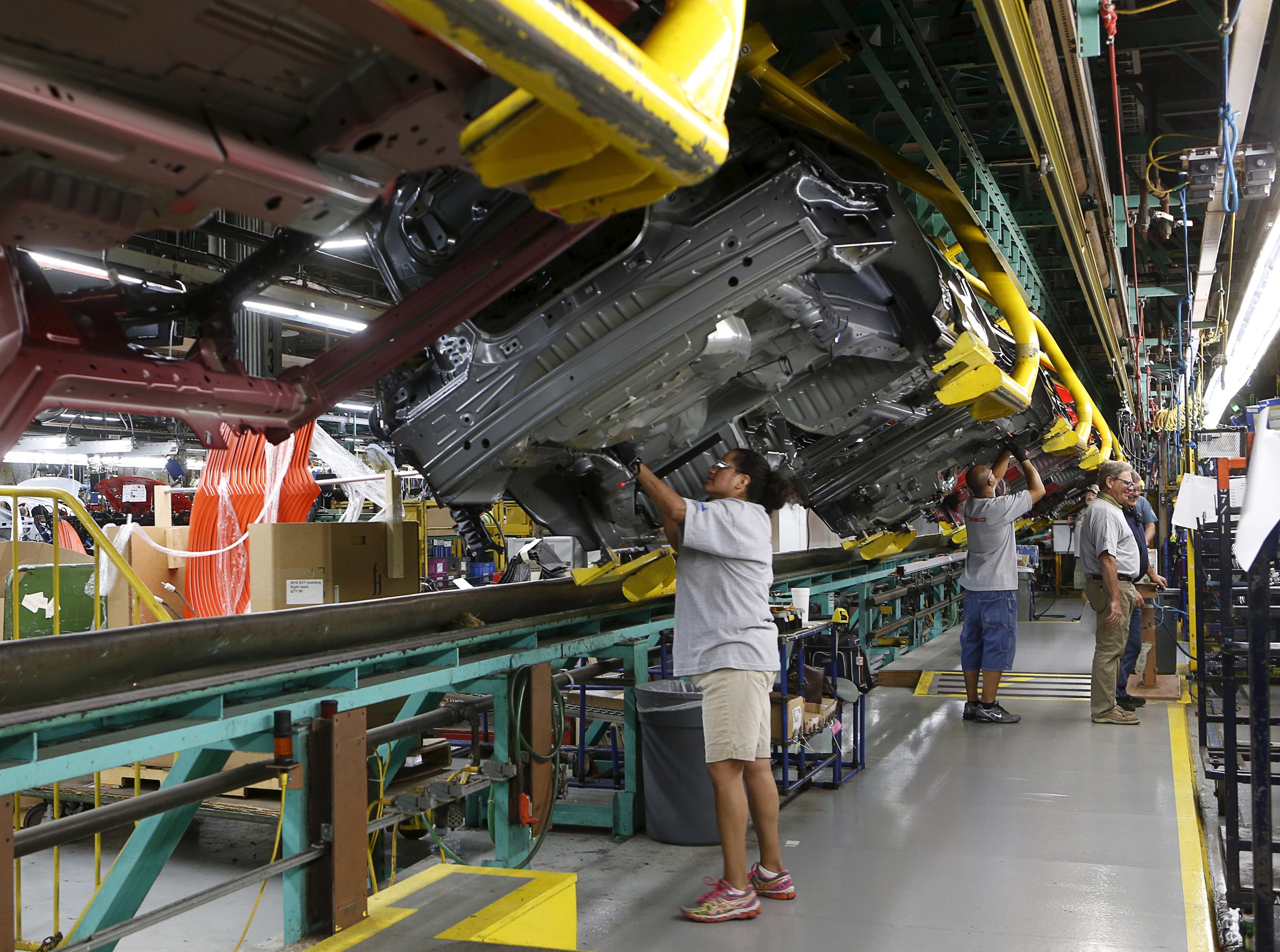 The Federal Reserve said on Friday manufacturing production rose 0.3 percent last month. Data for September was revised up to show output at factories increasing 0.3 percent instead of advancing 0.2 percent as previously reported.

Economists polled by Reuters had forecast manufacturing output rising 0.2 percent in October. Manufacturing, which accounts for more than 12 percent of the economy, is expected to slow down next year in part as the stimulus from the Trump’s administration’s $1.5 trillion tax cut package fades.

A strong dollar, which has gained about 8.1 percent this year against the currencies of the United States’ main trade partners, is also hurting exports, and there are signs of slowing growth in other economies, including China.

“The manufacturing sector is still coping fairly well with the dollar’s recent appreciation and the slowdown in global growth,” said Andrew Hunter, a U.S. economist at Capital Economics in London.

“But the recent weakening in the global manufacturing PMIs, particularly in China, suggests that the current strength of the factory sector is unlikely to be sustained,” Hunter said, referring to purchasing managers’ indexes.

U.S. financial markets were little moved by the data, with traders focused on worries about a slowing global economy. The dollar .DXY fell against a basket of currencies, while U.S. Treasury prices rose. Stocks on Wall Street were trading lower.

Motor vehicle production slumped 2.8 percent in October after rising 1.3 percent in September. Economists blamed the drop on U.S. tariffs on imported steel and aluminum, and warned of further harm to production if the duties were not scrapped.

Excluding motor vehicles and parts, manufacturing gained a solid 0.5 percent last month, boosted by a strong increase in the output of business equipment. That followed a 0.2 percent rise in September.

Business equipment production increased 0.8 percent, matching September’s rise. The strong gains suggest a pickup in business spending on equipment in the fourth quarter after it stalled in the July-September period.

The Fed said Hurricanes Florence and Michael had lowered the level of industrial production in both September and October, but the effects of the storms “appear to be less than 0.1 percent per month.”

“Given the steep declines in oil prices since early October, these declines in mining activity are likely to gather momentum in the coming months,” said Jonathan Millar, an economist at Barclays in New York.

Utilities output dropped 0.5 percent in October after dipping 0.1 percent in the prior month.

Capacity utilization for the manufacturing sector, a measure of how fully firms are using their resources, rose to 76.2 percent in October, the highest since July 2015, from 76.1 percent in September.

Officials at the Fed tend to look at capacity use measures for signals of how much “slack” remains in the economy — how far growth has room to run before it becomes inflationary.