WASHINGTON (Reuters) – U.S. manufacturing output fell for a second straight month in February and factory activity in New York state was weaker than expected this month, offering further evidence of a sharp slowdown in economic growth early in the first quarter. 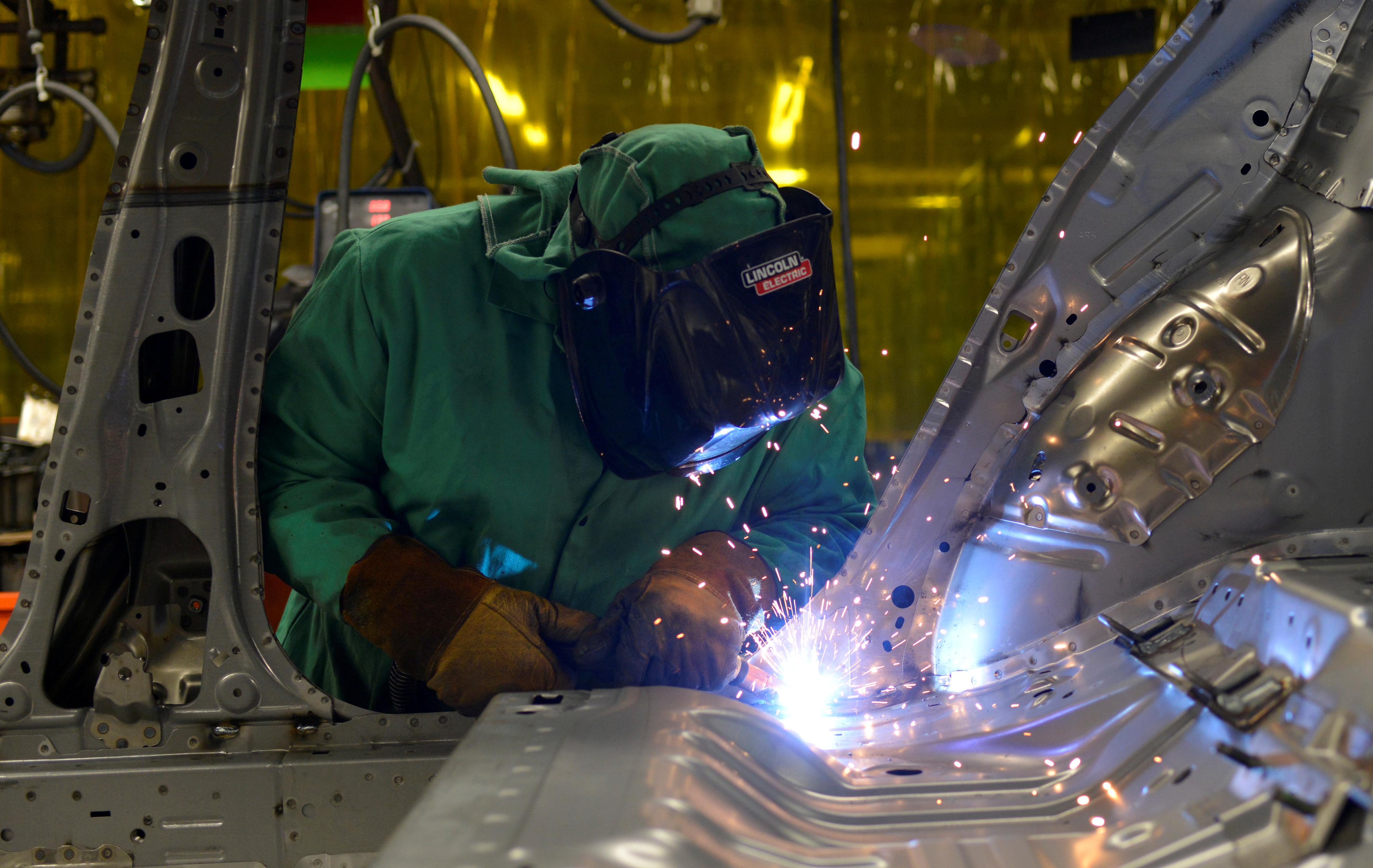 The reports on Friday extended the streak of weak economic data and underscored the Federal Reserve’s “patient” stance toward further interest rate increases this year. Fed officials are scheduled to meet next Tuesday and Wednesday to assess the economy and deliberate on the future course of monetary policy. The U.S. central bank raised rates four times last year.

The Fed said manufacturing production dropped 0.4 percent last month, held down by declines in the output of motor vehicles, machinery and furniture. Data for January was revised up to show output at factories falling 0.5 percent instead of slumping 0.9 percent as previously reported.

U.S. financial markets were little moved by the factory data.

In a separate report on Friday, the New York Fed said its general business conditions index fell 5.1 points to a reading of 3.7 in February. It was the third consecutive monthly reading below 10, which the New York Fed said suggested “that growth has remained quite a bit slower so far this year than it was for most of 2018.”

A reading above zero indicates growth in the region’s manufacturing sector. The survey’s new orders index fell 4.5 points to 3.0 in March. The weakness reported by the New York Fed also suggests that national factory activity remained sluggish this month after slowing sharply in February.

The Institute for Supply Management (ISM) reported this month that its measure of national manufacturing activity dropped to more than a two-year low in February, with a sharp decline in the new orders component.

Manufacturing is losing steam as the boost to capital spending from last year’s $1.5 trillion tax cut package fades. Activity is also being crimped by a trade war between the United States and China as well as by last year’s surge in the dollar and softening global economic growth, which are hurting exports.

The drop in manufacturing output last month was offset by gains in utilities and mining, leading to a 0.1 percent rise in industrial production. Industrial output fell 0.4 percent in January.

Capacity utilization for the manufacturing sector, a measure of how fully firms are using their resources, fell to 75.4 percent last month, the lowest level since May 2018, from 75.8 percent in January.

Overall capacity use for the industrial sector dipped to 78.2 percent from 78.3 percent in January. It is 1.6 percentage points below its 1972-2017 average.

Officials at the Fed tend to look at capacity use measures for signals of how much “slack” remains in the economy — how far growth has room to run before it becomes inflationary.

‘The Largest Start-Up Ecosystem of the New Berlin’