WASHINGTON (Reuters) – The number of Americans filing new claims for unemployment benefits fell below 1 million last week for the second time since the COVID-19 pandemic started in the United States, but that does not signal a strong recovery in the labor market.

The drop in initial claims to a five-month low reported by the Labor Department on Thursday largely reflected a change in the methodology it used to address seasonal fluctuations in the data, which economists complained had become less reliable because of the economic shock caused by the coronavirus crisis.

There are growing signs the labor market recovery from the depths of the pandemic in mid-March through April is faltering, with financial support from the government virtually depleted.

“There are new seasonal adjustment factors this week which brings down the joblessness slightly,” said Chris Rupkey, chief economist at MUFG in New York. “The labor market looks just as bad as it was and it will be a miracle if economic growth can continue at such a fast clip during this recovery if it has to drag along millions and millions of workers without paychecks.”

The Labor Department has switched to using additive factors to more accurately track seasonal fluctuations in the series. The government dropped the multiplicative seasonal adjustment factors it had been using because they could cause systematic over-or under-adjustment of the data in the presence of a large shift in the claims series.

Unadjusted claims rose 7,591 to 833,352 last week. The increase in the raw numbers, which many economists prefer to focus on, added to a raft of data suggesting the labor market recovery was ebbing.

A report on Wednesday from the Federal Reserve based on information collected from the U.S. central bank’s contacts on or before Aug. 24 showed an increase in employment. The Fed, however, noted that “some districts also reported slowing job growth and increased hiring volatility, particularly in service industries, with rising instances of furloughed workers being laid off permanently as demand remained soft.”

Another report on Thursday showed job cuts elevated in August amid layoffs by airlines. United Airlines (UAL.O) said on Wednesday it was preparing to furlough 16,370 workers on Oct. 1.

Stocks on Wall Street were trading sharply lower. The dollar .DXY was steady against a basket of currencies. U.S. Treasury prices rose. 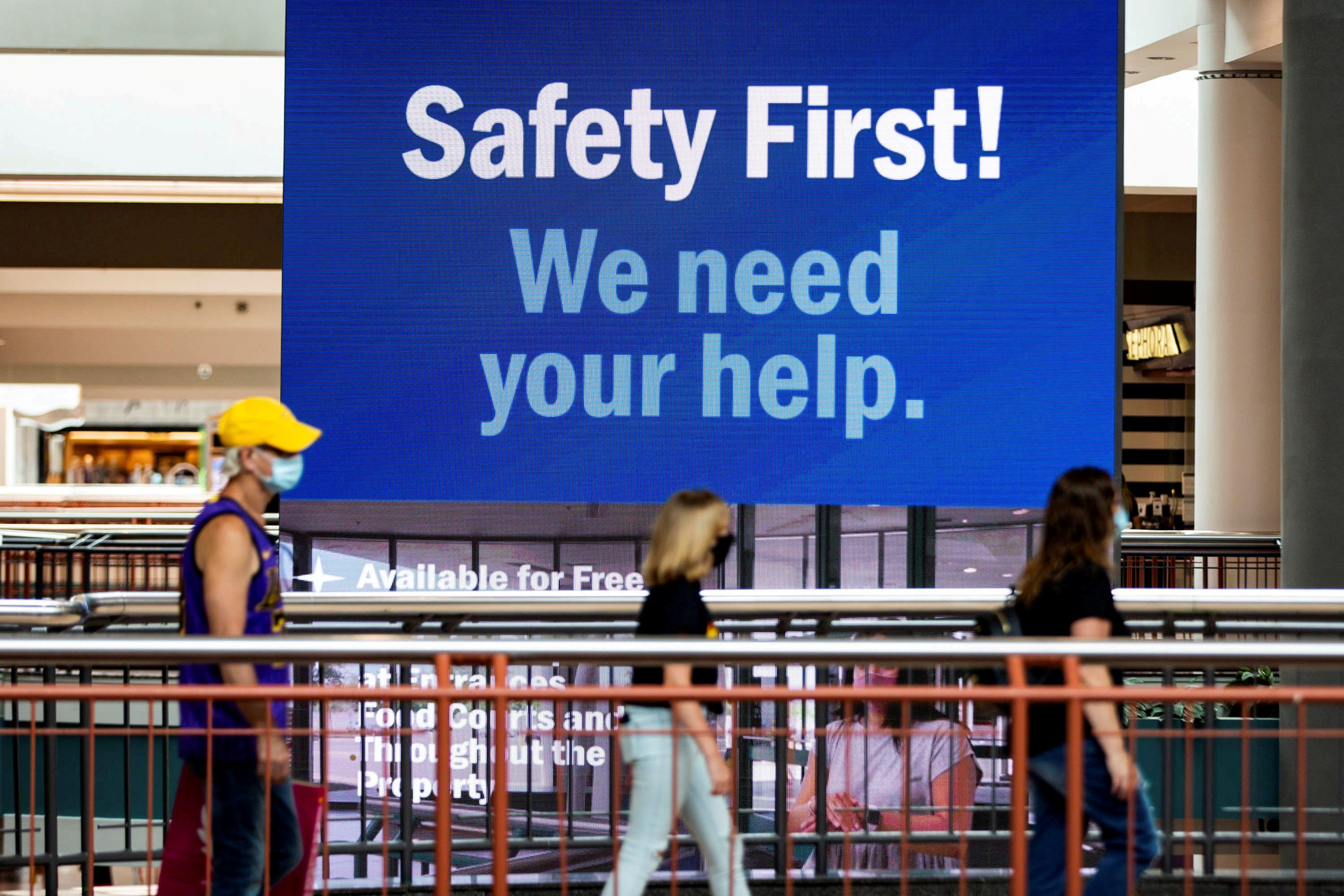 The weak labor market reports raise the risk of a sharper slowdown in job growth in August than is currently anticipated by financial markets. The government is scheduled to publish August’s employment report on Friday.

According to a Reuters survey of economists nonfarm payrolls likely rose by 1.4 million jobs last month after increasing by 1.763 million in July. That would leave nonfarm payrolls about 11.5 million below their pre-pandemic level.

The claims report also showed the number of people receiving benefits after an initial week of aid dropped 1.238 million to 13.254 million in the week ending Aug. 22. Part of the decrease in so-called continuing claims was likely because of people exhausting eligibility for benefits.

The number of people receiving unemployment benefits under all programs jumped 2.2 million to 29.2 million in the week ended Aug. 15.

“While Wall Street hits record highs, much of Main Street remains in severe distress,” said Ron Temple, head of U.S. Equity at Lazard Asset Management in New York. “The pandemic and the federal failure to sustain necessary assistance to households as well as state and local governments are weakening long-term economic growth and social stability.”

Fiscal stimulus boosted economic activity after it nearly ground to a halt following the shuttering of nonessential businesses in mid-March to control the spread of COVID-19. That set up the economy, which plunged into recession in February, for a sharp rebound in the third quarter.

A $600 weekly unemployment supplement expired in July and funding programs for businesses have also lapsed, leaving the outlook for growth uncertain. Also clouding the growth prospects, the trade deficit jumped 18.9% to a 12-year high of $63.6 billion in July, driven by a record surge in imports. 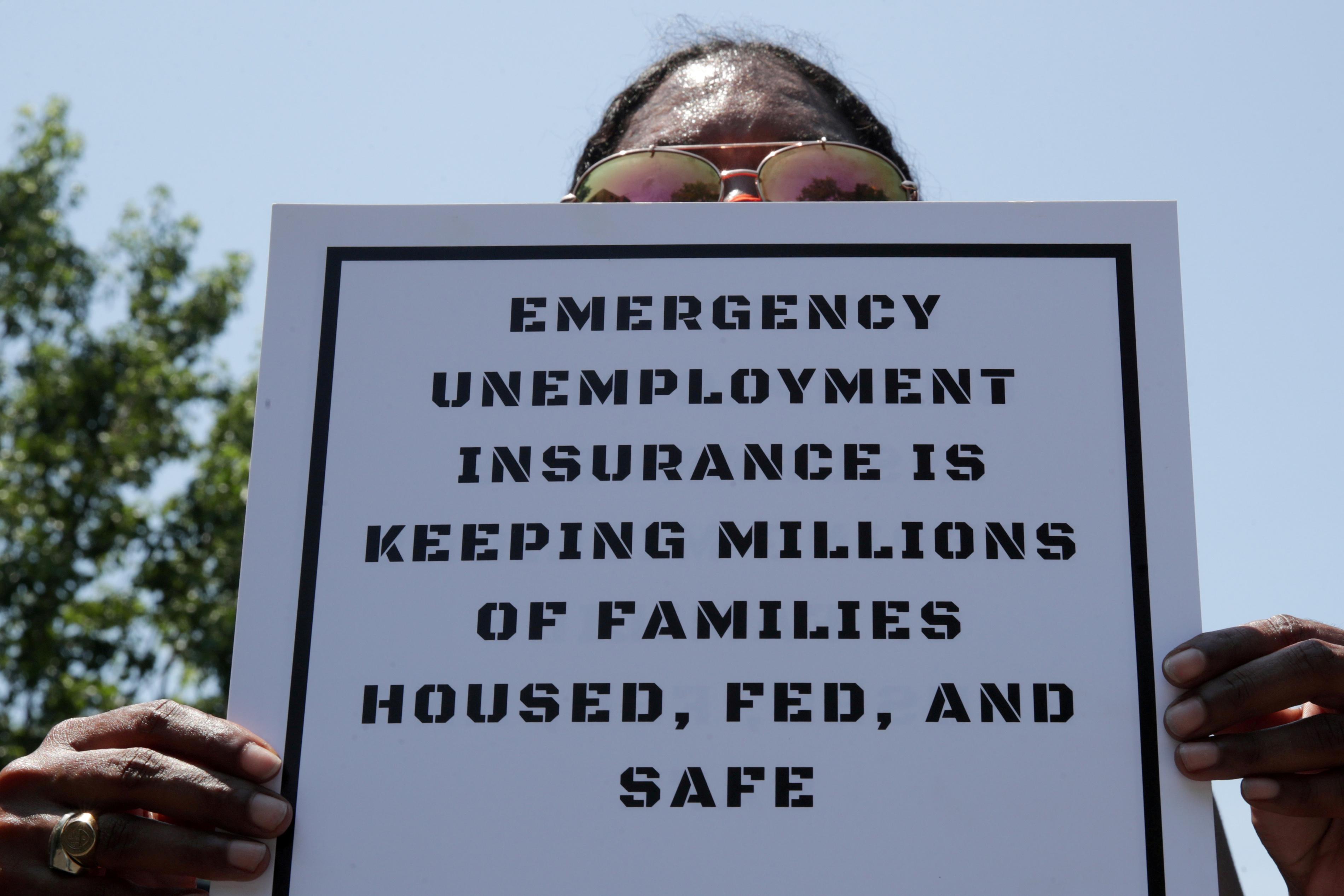 While the rise in imports could be blunted by an increase in inventories, export growth was moderate in July. That could threaten a recent acceleration in manufacturing activity.

A fourth report on Thursday showed growth in the services industry slowed in August. The services sector, which accounts for more than two-thirds of the U.S. economy, has been hardest hit by the pandemic.